Several floors of an apartment building in east London were on fire and at least 100 firefighters were deployed to the scene, officials have said. The cause of the fire was not immediately known. 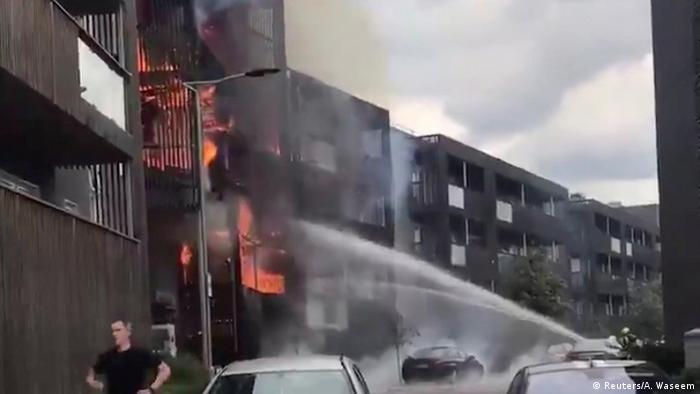 Firefighter crews from various parts of London were deployed to the scene of an apartment fire in the eastern neighborhood of Barking on Sunday.

"We've currently got 15 fire engines and around 100 firefighters attending a fire at a block of flats in Barking," the London Fire Brigade said on Twitter. "Ground floor to the sixth floor are alight."

The fire brigade said the cause of the blaze was "not known at this stage."

"Crews are continuing to work really hard to put the fire out," Station Manager Andy Maloney said from the scene, several hours after the blaze was first detected.

Late on Sunday, the fire brigade said the blaze was put under control.

The city's ambulance service said no injuries have yet been reported.

London was deeply shaken by the Grenfell Tower fire in 2017, which killed more than 70 people. The tragedy prompted outrage against UK authorities over shoddy housing conditions for the poor.