Listless Leverkusen looking over their shoulders after heavy Schalke defeat

Three quickfire first half goals helped Schalke to a 4-1 win over a Bayer Leverkusen side lacking any invention or organization. Leverkusen have struggled under new coach Tayfun Korkut and remain in relegation danger. 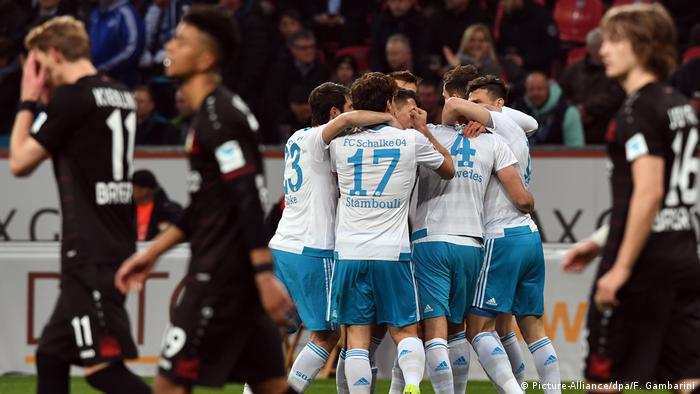 A devastating 12 minute first half spell propelled Schalke back in to the Europa League picture and leaves hapless Bayer Leverkusen looking over their shoulders at the relegation zone. Early strikes from Guido Burgstaller, Benedikt Höwedes and Alessandro Schöpf did the damage while another Burgstaller effort ensured Tayfun Korkut will be the subject of extreme scrutiny.

Korkut was appointed in March as a firefighter but thus far the Turkish boss has been unable to extinguish the flames, winning just one of his nine games to date. Friday night's demolition was another chapter in a book that makes for grim reading.

The hosts came in to the game knowing that adding another victory to Korkut's tally would all but end any lingering relegation fears and started in appropriate fashion. Nabil Bentaleb dwelt on the ball in the first minute and Julian Brandt forced Ralf Fährmann into a smart save before Kevin Volland fired over from the edge of the box. 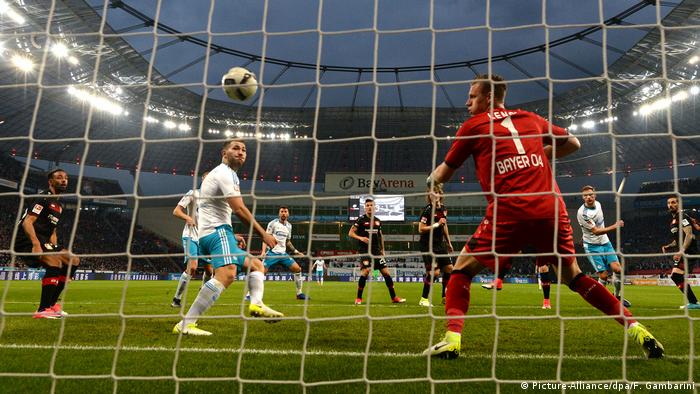 But familiar failings soon came to the surface as Schalke took the lead through Burgstaller with their first attack. Bentaleb atoned for his earlier error with a sensational ball that split the home defense from the middle of the park. Leon Goretzka had the presence of mind to ride a challenge before rolling across goal for the January signing to knock home.

It soon got worse with a much simpler goal from a much less likely source. Schalke skipper Höwedes powered home Schöpf's corner to double the lead and register his first league goal of the campaign.

Provider turned scorer soon after as Schöpf bundled home from close range. Goretzka found himself in behind the hosts' defense far too easily and looked for the Austrian, who was in acres of space at the back post. The cross deflected, forcing Bernd Leno in to a double save before Schöpf adjusted his feet to poke home.

Karim Bellarabi went close seconds after the break for Leverkusen as they attempted to find a foothold in the game but, as in the first half, any positivity for the home side was soon punctured by Burgstaller. This time the striker volleyed home left-footed at the back post following a free kick for his 8th goal in 15 Bundesliga games but, once again, the marking left a lot to be desired. If Burgstaller hadn't scored there were several other white shirts queuing up behind him.

Stefan Kiessling stooped to nod in Bellarabi's left-wing cutback with 20 minutes remaining but there was little indication that Leverkusen felt equipped to mount the most unlikely of comebacks. And so it proved, the game petering out to leave Schalke, now in 8th, looking towards Europe and Leverkusen four points off the relegation playoff spot, having played a game more than those below them.

What to watch out for on Bundesliga matchday 31

Can Leipzig make Bayern work for their fifth title in a row? Can Dortmund break the habit that's cost them already this season? And will the league's form horse hold on in the home straight? Here's what to watch out for. (28.04.2017)