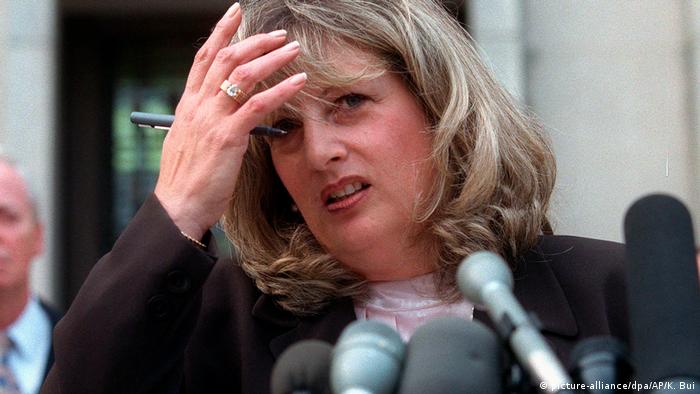 Linda Tripp, whose secret recordings of her telephone conversations with former White House intern Monica Lewinsky that to then-President Bill Clinton's impeachment, died on Wednesday, at the age of 70.

Tripp's death was confirmed by her former lawyer, Joseph Murtha. Her family members reportedly said she died after a short battle with pancreatic cancer.

Lewinsky, who at the time said she felt deeply betrayed by Tripp, said on Wednesday she hoped for her recovery, as news emerged she was severely ill.

"No matter the past, upon hearing that Linda Tripp is very seriously ill, I hope for her recovery. I can't imagine how difficult this is for her family," she tweeted.

Tripp was a publicist in the US Department of Defence in the mid-1990s when she met Monica Lewinsky, who had then been reassigned to the Pentagon. The two became friends.

Lewinsky told her about the sexual encounters she had with Clinton and about the blue dress she wore during one which had stains of Clinton's semen on it.

Tripp secretly recorded the conversation, and later turned over 20 hours of tape to independent counsel Kenneth Starr, who was already investigating other allegations against the president.

The Starr Report, which gave a graphic account of the affair, became a bestseller.

Clinton initially denied having "sexual relations with that woman, Miss Lewinsky." But Tripp's recordings and the DNA analysis from the blue dress she had urged Lewinsky to save, blew the case open.

Bill Clinton was impeached in December 1998, but he was acquitted by the Democrat-controlled Senate.

Tripp was subsequently vilified by the Democrats and Clinton supporters, who saw her as a schemer who betraying a friend for profit. The Republicans, on the other hand, saw her as a minor hero who stood up for the rule of law.

On the day of Clinton's acquittal in February 1999, she said that despite having received threats, she had no regrets. "It was worth it to me to do what I considered to be my patriotic duty," she said in a television interview.

She was forced out of her job in 2001 and later settled in Middleburg, Virginia with her husband.