Songs that tug at our heartstrings

Music is like a time machine for our emotions - especially the highs and lows of love. We've each picked one song that takes us back to past romances, cheats, break-up woes (sob!) and finding The One. What's yours? 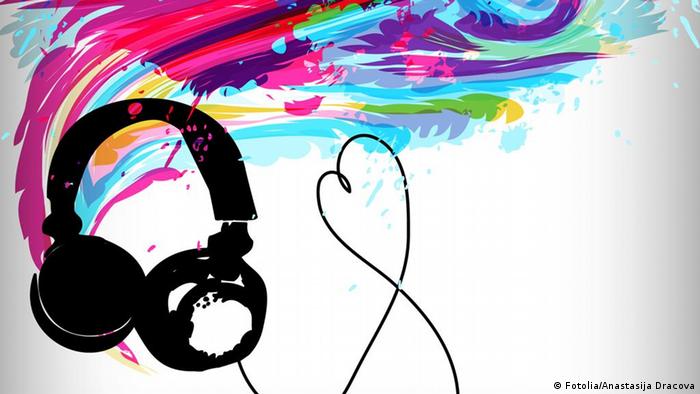 "Are you ready for love"
- by Elton John

A long-distance relationship - that was the reality we had to face from the beginning. Now we live together, share a house, a bed and a life. The time we spent apart made us strong and what always kept us close were our songs. This one he sent me once by email and it always makes me smile and dance. It has all the power of love in it that we had to have when we were apart.

Listening to this still comes with a bittersweet taste, every time. I was 17, tipsy at a friend’s party, and so was he – a handsome stranger. We made out to this song and his kisses tasted of tangerine punch. I was so in love, even after I sobered up the next day. I spent days waiting next to the phone for the call he’d promised – it never came. The taste of tangerines turned bitter when I found out about the girlfriend that he had apparently forgotten to tell me about. I felt like the world’s biggest teenage dirtbag.

My first boyfriend and I were together for about three months. I knew there was a connection when we starting singing Joni Mitchell songs together in bed at weird hours of the night, including this one - about a lost love. Anyway, we broke up and hated each other until by coincidence, seven years later, we both ended up living in Berlin. Now we’re very close friends, and I just bought him this album on vinyl for his birthday.


"Lifeline"
- by Angels and Airwaves

I had waved goodbye to a boy with messy blonde hair and an intoxicating smile because we'd been a disaster from the start. Then one day, I was in the middle of preparing an important presentation (about a weeping willow tree, how fitting) with a friend, when an email popped up. Mr Messy Blonde Hair didn't write anything - he just sent this song. "We all make mistakes / Here's your lifeline / If you want it, I want to." That was his weird way of apologizing for being a chronic asshole. Well, I didn't take the lifeline, I cried into my friend's sweater and to this day, whenever I pass one of those weeping willow trees, I smile one of those relieved "thank God it's over and I'm still alive" smiles.

I'd just come out of a long relationship. And then I fell for someone again - hard. We had lots in common and I enjoyed spending time with him. It was intense - we'd spend hours talking all night and when we weren't together, he'd call me and tell me he needed to see me. Then one day it just stopped. At that point I listened to this song again and again - the lyrics seemed to reflect what I was feeling: "I thought you loved me, you say you love me. Love's just a shadow that you cast."

I admit: the original of this song is horrible. But the version my boyfriend sang to me over the phone while riding his bike to work wasn't at all. I still can hear his deep voice calmly singing "I see your true colours shining through…". When we were getting to know each other we had a lot of fights about what we said and what we meant, about how we acted and reacted. But after a while, he understood me better than anyone else in the world - he really knew my "true colours" - probably even better than I did myself. And, he declared, if I would just dare to let other people know them, they'd admire me as much as he did. And though that man isn't my boyfriend anymore, the next line he sang still accompanies me: "Don't be afraid to let them show your true colours."


"Romeo and Juliet"
- by Dire Straits

A university boyfriend of mine once told me "every time I hear a note or a chord, I think of you, whether happy or sad". Songs enriched our communication, gave eloquent voice to our emotions. After a messy break up, he dropped off a whole album of apology ditties, including Mumford and Sons' "Little Lion Man". But it was this song by Dire Straits that I like to remember - from the beautiful beginning of our relationship. I can still see myself there, the first time he played it for me, beaming as we drove through the rolling hills of the countryside. I was as in love with the song as I was with him.

This song ripped my heart to pieces the first time I heard it. And it still does - even years later. I can't remember why I was sitting in my kitchen, alone, drinking wine, but I put on this record a friend had said was new and nice and was immediately in awe. That kind of massive connection to a song, to an entire album, doesn't happen to me very often. 'It's easier' is no. 7 and oh, what great music you hear up to it and after it. And then you just want to start from the beginning again. The song proves that sometimes beauty is nourished by sadness, and pain can help a great artist to reach perfection.

Music was my first love. Being between 15 and 30 meant for me: recording lots of mixtapes for women I was more or less in love with. The bigger the love the greater the difficulty choosing the right songs…
Then I met THE ONE and after a few years I proposed to her (not with a mixtape or a love song!). But when we were arranging the wedding, the registrar suddenly presented me with a major challenge: bring three songs with you!
I spent days and nights going through my records, searching for a song with the perfect words, the perfect sound and all the love. It was almost impossible. Finally I plumped for this song, by one of my favourite artists.

What song tugs at your heartstrings and why? Let us know in the comments below to create a global Life Links #lovelinks playlist!