Harry Wu, an activist who spent 19 years in a Chinese prison labor camp, tells DW his personal experience there and why he thinks Beijing's indication of a reform of the system is not likely to change much. 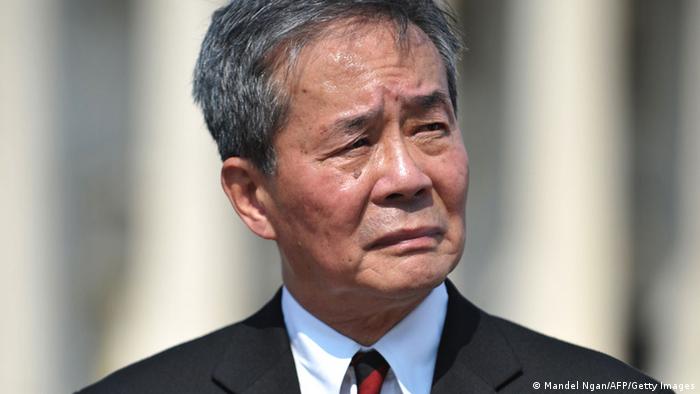 You were arrested in 1960 at the age of 23 and you spent 19 years in a Chinese prison labor camp? How did you end up in this situation?

First of all, it was in 1957 when the Chinese Communist launched a political movement - the so-called anti-rightist movement. It caused more than on million intellectuals - that means students at universities, reporters, engineers and politicians - to be labeled as enemies of the Communist Party. At the beginning, some of them received a punishment, so-called re-education through labor. This was started by the government in October 1957 but actually there had already been some 200,000 so-called counter-revolutionaries in such prison labor camps. So it was nothing new. But they did not become official policy until 1957.

When I got in trouble, I thought that my punishment would be to remain in school while under surveillance - to lose my freedom. But in April, 1960, I graduated from school and then the authorities said, "I am sorry but we can't arrange you a job. We have to expel you."

Why? What had you done?

I had done nothing. They gathered other students and expelled them, too. Suddenly, the classroom door opened and the police came in. The police announced that they represented the Beijing municipal government and they told me I had to go with them to get re-education through labor camps. There was a piece of paper I was asked to sign but a policeman was covering part of the paper with his hand so I couldn't read it. I asked him to remove his hand from the paper so I could read what was written on it. The person said, "I'm sorry, I can't let you see it. But if you sign it, it is good for you."

I had no choice but to sign it. Fifty years have passed since then and I still do not know what that paper said. So I was sent to the re-education camp and the first night, at midnight, the warden woke me up and called me to the interrogation room and in the room, I was tied down and told to lie on my face, then they asked me questions - name, birthday, address, then the warden said, "Do you know about your sentence?" I said I didn't know and that I had signed the paper without knowing what was on it. Upon looking up my file, he told me I had been sentenced to life in a prison camp.

What did you feel when you found that out?

Well, I knew I had no choice. The iron gate had closed behind me.

And what was it like in the 19 years you spent in the system?

I could only ask to send letters to my mom. I wrote to her, telling her I was sorry I could not find a job and that I was in a prison camp and sentenced to life there. Right after that, my mother committed suicide. My father had also been labeled a "counter-revolutionary rightist." Later, he was tortured to death. I was isolated. I had no friends, no relatives at all. Nobody to turn to. But at that time, I didn't even know my mother had committed suicide. It wasn't until around 14 years later that I found out. During the 19 years in the camp, I got no visits from anyone.

How did you keep yourself going?

I was Catholic. So in the beginning, in the first year, I prayed to God. I asked, "God, if I was a bad person who needed punishment, ok, but there are so many prisoners here, I don't think all of them are bad men. Can you help them?" But in the camps you are powerless. Help never came.

Starvation was one of the main problems.

Most of the time in the camp, I was not really thinking about fighting against the Communist Party or getting revenge or anything. I had no thoughts of this kind whatsoever. All any of us could think about was one thing: to look for food. So I got really good in catching frogs, rats, snakes. And I survived.

In 1961, the policy changed a bit. So everyone was resentenced to either one, two or three years. And I got a 3-year sentence. But I had already been in the camp for one and a half years. But they didn't count that. So it was from May 1961 to May 1964. Regardless, I thought this was good because it at least gave me a date to look forward to - a date when I would be free. So I very patiently waited until 1964. But then the police said they were processing my case and that I would have to wait. So I waited and waited. I waited until I was deemed "rehabilitated" in 1979.

You are one of the leading experts on the laogai system. Tell me, what were your findings and how has it changed?

The laogai system is a part of the Communist system. The Chinese Communist regime cannot survive without the laogai system. It is not like in the West, where criminals are sentenced accordingly. In China, all prisoners, including the petty criminals, are all forced to work at the labor camps. They have no choice. They are forced to "reform" - that means undergo brainwashing so they can uphold the Communist system. They make you change the way you think otherwise they will not let you out. This is the purpose of the system - to turn people into socialist people.

The laogai system is not a thing of the past, it is happening right now. Rights groups estimate that hundreds of thousands of people are imprisoned there. Do you think that given what the Chinese government has been saying about its intentions to reform the system that the system might be abolished?

First of all, I think it will be impossible to abolish them. Secondly, what kind of reform are they talking about? We heard about reform in Poland, in East Germany, we heard of reform from the Soviet Union. Do you think any Communist system can reform to become a free political system? No way. It is impossible. We have heard of reforms many, many times and many different ways. But in the end, it is impossible.

The people in the laogai system now, do you think they are experiencing the same thing you experienced? Hunger, beatings, torture - are these the kind of things that are going on now?

Without torture, there are no labor camps. The purpose of the laogais is evil; they violate Communist law. They violate the Communist institution.