The jubilee beer is brewed, the memorial coins minted, the program is set: the celebrations in the principality of Liechtenstein, which marks it 300th anniversary on January 23rd, kick off with a birthday march.

Could a country be formed without a war?  Three hundred years ago, as now, that was no matter of course! But money made it possible: the Liechtenstein dynasty paid more than 400,000 guilders for it. The princes resided in Vienna, and had money but no realm. So they bought the dominion of Schellenberg and the earldom of Vaduz, which, heavily in debt, were up for sale. On January 23, 1719, the Holy Roman Emperor Charles VI decreed that the two territories be elevated to the status of an imperial principality under the name of Liechtenstein. At the time the small principality had only about 3000 inhabitants. Now there are about 38,000. The mini-country is 24 kilometers long and measures 12 kilometers at its widest point. Liechtenstein can be crossed by bicycle in an hour and a half. 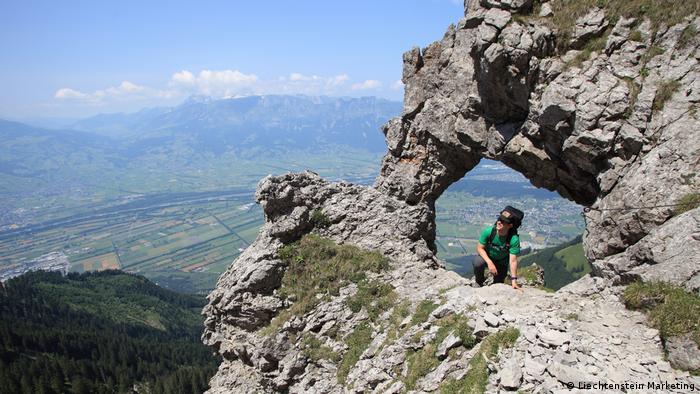 Scenic hike: the Drei-Schwestern-Steig in Liechtenstein

Liechtenstein's citizens are celebrating the founding of their principality with a birthday march.  On January 23rd, people from the  Oberland, or upper county (the former earldom of Vaduz), and the Unterland, or lower county (once the dominion of Schellenberg), will walk to the Scheidgraben, the ditch that symbolizes the unification of the two regions to form the present-day principality of Liechtenstein. In the evening there will be a ceremony with official and honorary guests from all over Europe.

A Song for Liechtenstein

There will be many exhibitions and events to celebrate the anniversary during the course of the year, but Fabian Reuteler,  project leader of the 300th anniversary team, says the official national day on August 15th  will be a highlight. There's a search on for a Liechtenstein song to embody the principality's attitude towards life. All Liechtenstein residents are invited to take part.

The Alpine principality of Liechtenstein turns 300 on January 23rd. The anniversary will be celebrated all year long – a perfect time to take a trip through the tiny country. (22.01.2019)