A massive tax evasion scandal in Germany has spilled over to other parts of Europe as Berlin vowed to share information on alleged tax evasion centering on Liechtenstein with countries whose nationals may be implicated. 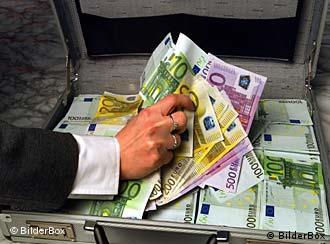 Widening the scope of what is already a massive scandal involving hundreds of wealthy German tax cheats sheltering millions in discreet bank accounts in Liechtenstein, the German government said on Monday, Feb. 25, it would provide information to foreign countries whose nationals are involved in the tax evasion affair.

"We are going to respond to requests in this regard," German finance ministry spokesman, Thorsten Albig told reporters, adding that Germany would not charge foreign governments for the information.

Germany's intelligence service is reported to have paid 4.2 million euros ($6.22 million) to an informant, a former employee of Liechtenstein banking group LGT, for an incriminating list containing the names of hundreds of people who evaded taxes by parking their money in secret bank accounts in the tiny Alpine principality of Liechtenstein.

Albig said Berlin bought the information because investigators believed that "it could lead to the return of hundreds of thousands of dollars." 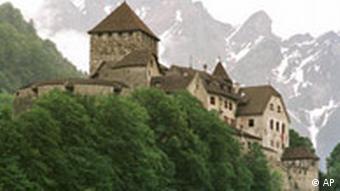 The list is believed to contain the names of more than 700 wealthy Germans as well as well-heeled tax cheats from other nations. The disclosure has prompted a massive investigation in Germany and frayed ties between Berlin and Liechtenstein capital, Vaduz.

Germany's Handelsblatt business daily reported that Finland, Sweden and Norway had signaled interest in getting their hands on the list of bank clients.

Joining the German crackdown on tax evaders, the British government's tax agency said on Monday it too had paid for information on secret Liechtenstein bank accounts held by British citizens. Media reports said Britain paid a whistleblower 100,000 pounds (132,931 euros, $196,000) for details of Liechtenstein accounts held by 100 wealthy Britons. Unpaid taxes in the affair could amount to as much as 100 million pounds, reports said.

The Financial Times reported that Britain had refused two years ago to pay the whistleblower but changed its mind after Germany shelled out money to get similar information.

week he would launch an investigation into American citizens also believed to have hid assets at LGT.

The investigation into the tax evasion scandal, considered one of the biggest in German history, began earlier this month with raids on the home and offices of Klaus Zumwinkel, the high-profile boss of Deutsche Post, Europe's largest postal service, who is suspected of having dodged taxes to the tune of 1 million euros. Zumwinkel has since resigned his post. 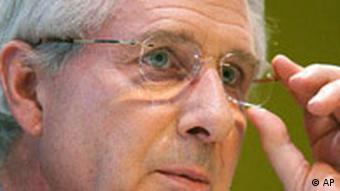 Zumwinkel's fall from grace was rapid

Ever since, German authorities have been conducting raids across the country on private individuals for allegedly hiding money in accounts Liechtenstein's biggest private bank, the LGT Group, which specializes in setting up foundations and is owned by Liechtenstein's royal family.

The affair has angered ordinary Germans and sparked a heated debate about the ethics and accountability of the country's highly-paid business elite.

Equally, the German government's payment for the incriminating information, which was allegedly stolen from the Liechtenstein bank by the former LGT employee, has come under intense scrutiny.

On Monday, the LGT Bank voiced anger at how the "stolen information" was being shared around European capitals.

"Apparently, the stolen data material has also been illegally disclosed, directly or indirectly, to other authorities," the bank said in a statement. "LGT regards such methods as being extremely offensive."

The affair has also raised questions about banking secrecy laws enjoyed by some European nations. Liechtenstein is one of only three countries on the OECD's tax-haven black-list, alongside Andorra and Monaco. Germany has vowed to broaden efforts to crack down on tax evasion to countries such as Switzerland, Luxembourg and Austria as well.

Switzerland and Luxembourg have distanced themselves from the charges. Both of the countries prohibit revealing bank information to the outside world except in criminal matters.

Opinion: EU Must Get Rid of Liechtenstein Loophole

What do you think of governments paying for information on the Liechtenstein tax fraud? Please include your name and country in your reply.