Libya's interim government has condemned an attack on parliament and a claim by a group led by a renegade general that the legislative body has been suspended. Meanwhile, fighting has broken out in Benghazi. 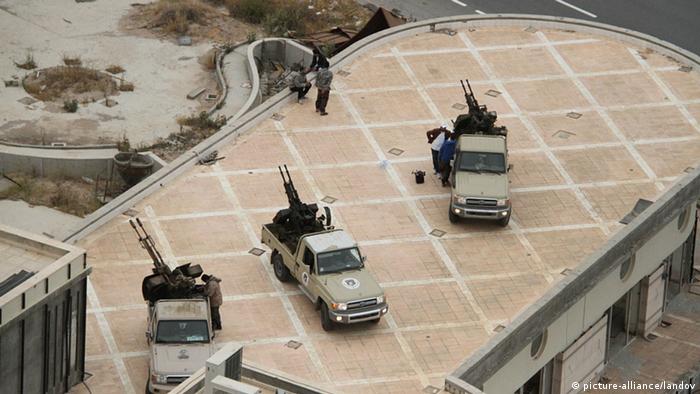 The statement follows a Sunday attack on parliament by forces apparently loyal to renegade Gen. Khalifa Haftar. Witnesses and residents said the gunmen stormed into Libya's parliament in the capital, Tripoli after first attacking it with anti-aircraft weapons and rocket-propelled grenades. At least two people were killed and more than 50 wounded.

Haftar, who was a former rebel in the war against ousted dictator Muammer Gadhafi, has said he wants to clear the country of Islamist militias.

Late Sunday, a commander in the military police read a statement on a Libyan television channel saying that the irregular forces led by Haftar had suspended parliament and assigned a 60-member constituent's assembly to take over for the legislative body.

Gen. Mokhtar Farnana, who read the statement, said Libya's current government would act on an emergency basis, however he did not elaborate.

The attackers fired rockets on the airport but no casualties have been reported. Authorities had on Friday closed the airport for security reasons.

On Friday, Haftar's forces launched an attack on Islamist militias in Benghazi that authorities said killed some 70 people. The city was also the site of an attack on September 11, 2012 at the US embassy that killed four Americans, including Ambassador Chris Stevens.

Libya's parliament has been paralyzed by divisions between Islamist parties and more nationalist rivals. Critics see this problem as key to the country's failure to achieve a democratic transition Gadhafi's 2011 ouster.