The WHO says more than 100 people have been killed in Libya as rival militias fight for control of the capital, Tripoli. The violence has raised fears of a bloody new phase in the civil war. 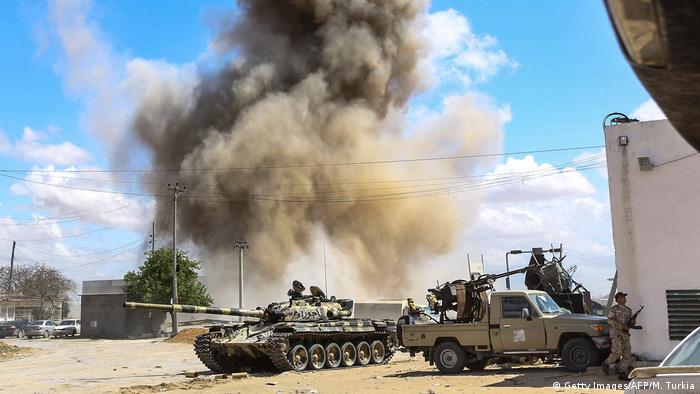 At least 147 people have died in clashes between rival militias fighting for control of Libya's capital, the World Health Organization (WHO) said on Sunday.

The WHO said in a tweet that 614 others had been wounded since commander Khalifa Haftar launched an offensive earlier this month to take Tripoli, which is currently controlled by a UN-backed government.

In another, earlier tweet, it denounced "repeated attacks on health care workers, vehicles" during the fighting, which began on April 5.

Earlier this week, the UN said the fighting had displaced more than 8,000 people.

Egyptian President Abdel-Fattah el-Sissi met with Haftar in Cairo to discuss the offensive amid mounting international pressure to end the campaign. Egypt and France maintain friendly relations with Haftar. 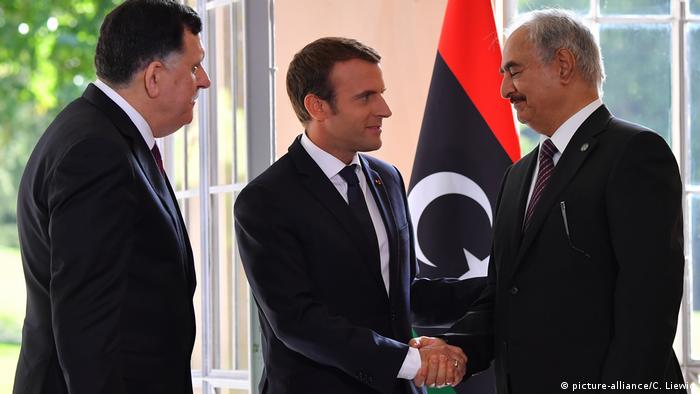 France is a key backer of Libyan strongman Haftar

The current violence pits Haftar's self-styled Libyan National Army, which backs a rival government in the east of the country, against an array of militias that support the Tripoli administration.

Observers fear a civil conflict matching the 2011 rebellion that led to the ouster and death of dictator Moammar Gadhafi.

Since Gadhafi's ouster, the country has been in a state of partial lawlessness, with militias of various political persuasions vying for control.