Lewandowski, Gnabry at the double as Bayern blitz Leverkusen 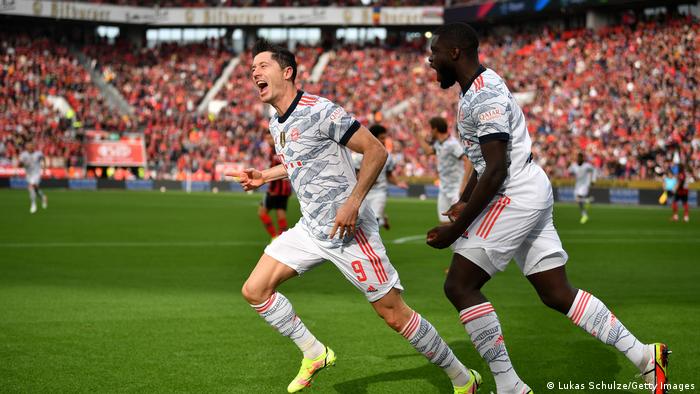 Robert Lewandowski opened the scoring for Bayern Munich early on

With just over 35 minutes played and Bayern Munich already four goals up, one helpless Bayer Leverkusen supporter had been reduced to screaming random obscenities in the direction of the away end.

But barely had the swear words left his mouth, the ball was in the back of the net again for the third time in as many minutes.

Serge Gnabry's second. Bayern Munich's fifth. And a fixture billed as a top-of-the-table clash between two sides level on points had been reduced to something resembling an exhibition match.

Although that's probably a disservice to the assorted veterans and C-List celebrities who generally appear in exhibition matches; even they tend to have a midfield, and even they at least try and mark opposition players at set pieces.

Which is more than can be said for Bayer Leverkusen in the first half on Sunday.

From the moment Dayot Upamecano and Robert Lewandowski were left unmarked from a freekick in the third minute (and if there are any two set-piece threats to mark, then those two are an absolute bare minimum), the hosts were simply non-existent.

Thomas Müller could be seen racing out to the right wing to recover a loose ball which Leverkusen, seemingly, had collectively decided was a lost cause going out of play. It wasn't.

And then Leroy Sané was allowed to take as many touches as he fancied on the edge of the box to tee up a shot with flew back off the post. Take as much time as you like, Leroy.

Ridiculously, the only players attempting to take the ball off Bayern Munich were other Bayern Munich players: Lewandowski stopping Alphonso Davies' Sunday afternoon stroll through the Leverkusen penalty area to toe-poke home the second goal. And Müller getting in the way of Niklas Süle's shot to deflect the ball past Lukas Hradecky for the third. Perhaps this was another clever tactical ploy from Julian Nagelsmann to instruct his own players to do their opponents' jobs as well as their own.

Although, at this point, it would be remiss not to point out how impressively Bayern went about their own tasks, no player more so than Joshua Kimmich.

Much has been made this season of the varied threat posed by the Leverkusen forward trio of Moussa Diaby, Florian Wirtz and Patrick Schick this season, but those analyses have generally failed to take into account the presence of someone like Kimmich.

The baby-faced 26-year-old was a brilliant, omnipresent nuisance in Bayern's midfield, intercepting passes and cutting off every half-hearted Leverkusen attack before it had even begun. Every time Wirtz received a pass, Kimmich was immediately on hand to tackle and harass him. 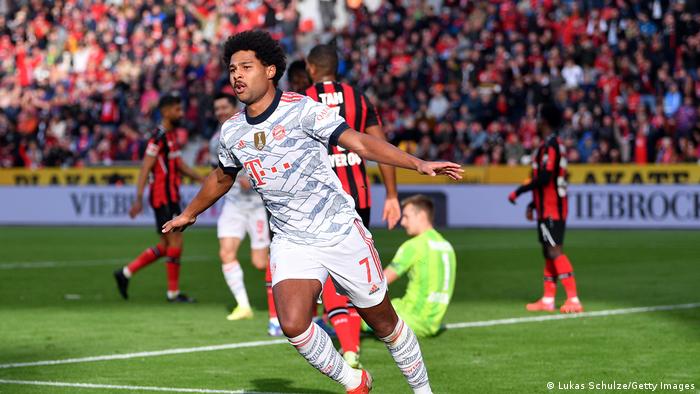 "Wirtz plays the offensive keys brilliantly," German football magazine Kicker had written of the gifted Leverkusen teenager – who inevitably set up Schick's consolation goal in the second half – but it was Kimmich who conducted the orchestra on Sunday, as Bayern Munich went top of the Bundesliga.

Despite defeat to Eintracht Frankfurt two weeks ago, Nagelsmann's team are still very much favorites to win a tenth a consecutive German title, and the rest of the league is left asking once again what can be done about Bayern's dominance.

Scrap the 50+1 rule to encourage greater investment at other clubs? Redistribute Champions League revenue more fairly through the league? The financial arguments hardly hold water in the case of Leverkusen, exempt from 50+1, backed by pharmaceutical giants Bayer and yet still as inconsistent as ever.

And it's not as if the Bundesliga is alone. Italy, Spain and France have seen similar levels of dominance from one or two clubs over the past decade. The problem doesn't seem as acute in England, but only because the top clubs have all been sold off to venture capitalists, oligarchs and sovereign wealth funds.

Indeed, once Bayern Munich had dismantled Leverkusen, Newcastle United began their new era as a sportswashing vehicle for Saudi Arabia against Tottenham Hotspur in the Premier League.

Is that what fans in Germany want to see, too? Anecdotal evidence heard by this reporter at Bundesliga matches this weekend suggests: absolutely not, regardless of how infuriating Bayern's dominance can be.

The most infuriated of the lot, the angry Leverkusen fan hurling insults, didn't even return to his seat for the second half, and who can blame him?