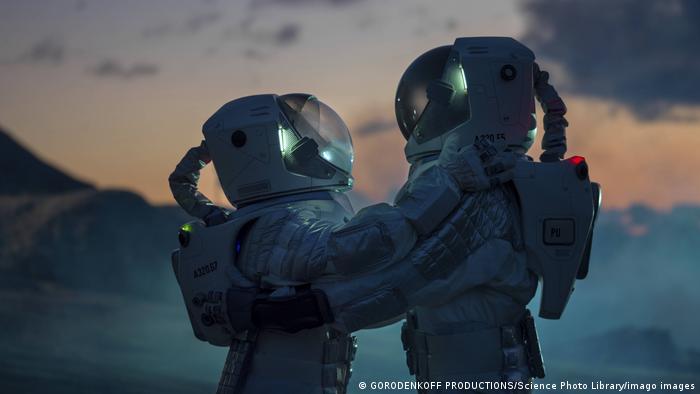 Better hold on to each other: Sex in space will be more difficult than on Earth because of microgravity

German astronaut Matthias Maurer breezes through interviews, rarely missing a beat when he answers journalists' questions around his upcoming six-month trip to the International Space Station (ISS). But one topic throws even Maurer off momentarily: sex drive in space.

"We haven't talked about this, because it's a professional environment," he replied to DW's question on whether astronauts exchange insights on how to handle their desires.

Thanks to commercial spaceflights, more people are entering the cosmos than ever before. Just this past week,SpaceX launched four tourists through the Earth's orbit. Ten years from now, the first crew of astronauts will likely set off on a mission to Mars that could last multiple years.

Sexuality is intrinsic to human nature and inevitably factors into space missions. But while space science is progressing, our understanding of sex in space is still basic.

NASA, the US' National Aeronautics and Space Administration, insists that no humans have had sex in space, and American astronauts famously avoid the topic. The few experiments that have been conducted on space sex focused on animals, not humans.

"We need to know more about sexuality in space if we are serious about long-duration space flights. Sexuality is very possibly going to be a part of that," Paul Root Wolpe, who spent 15 years as a senior bioethicist at NASA, told DW. 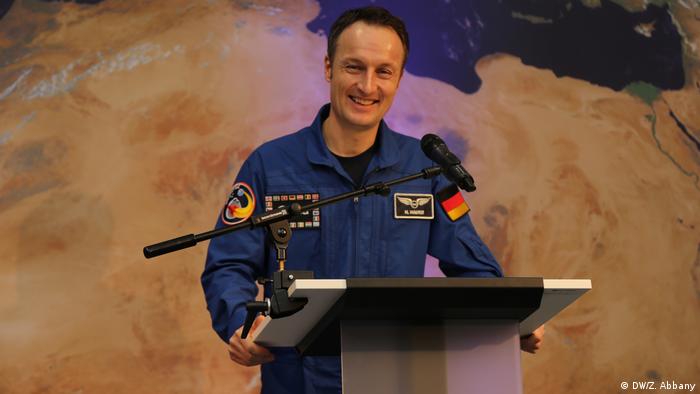 Addressing sexuality in space isn't just important because it's what's on everyone's mind. Asked by DW whether sexuality is part of an astronaut's training, Matthias Maurer replied: "No, but maybe it should be."

"If we look at sexual health as a core component of health, it's important to understand the conditions we are putting individuals in," Saralyn Mark, former senior medical adviser to NASA, told DW.

Ejaculation is essential for men to avoid the risk of bacteria building up in their prostate, and orgasms have been shown to relieve stress and anxiety as well as improve sleep quality, which likely helps during a high-pressure space mission.

Has it already happened?

We can only speculate, but it seems likely that sex in space has already happened. There are two space missions that jump out as candidates for the first cosmic coitus.

In 1982, Russian cosmonaut Svetlana Savitskaya, the second-ever woman in space, joined the Soyuz T-7 space mission for eight days. Two male colleagues were already on board when she arrived, making it the first coed space mission.

In his book, Höllenritt durch Raum und Zeit (A hell ride through time and space), German astronaut Ulrich Walter notes that, according to the team's doctor, Oleg Georgievich Gazenko, the flight was planned with a sexual encounter in mind.

The second mission in question took place in 1992, when NASA's Space Shuttle Endeavor was launched with a married couple on board. Mark Lee and Jan Davis, both astronauts, met at NASA. They married in secret a year before liftoff. Their joint flight to space was practically their honeymoon. 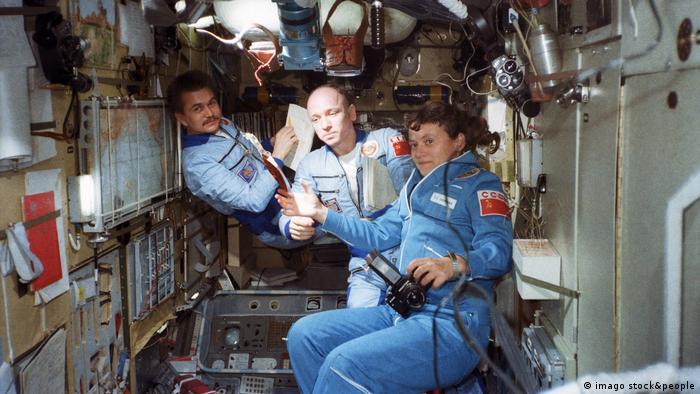 How is it different from here on Earth?

So, we can assume that sex in space is a reality. But how is it different to ours on Earth? Let's start with the basics: sex drive.

The little publicly available information that we have indicates that being in space leads to reduced libido, at least at first.

That's because microgravity, the weightlessness astronauts experience in space, causes hormonal changes, like decreases in estrogen. Low estrogen levels have been linked to a drop in sex drive.

Unfortunately, most of what we know about hormones in space comes only from tests on men. That's because only 11.5% of astronauts are female, and the relatively few women who have been to space opted to go on birth control beforehand to avoid menstruation. This makes it tricky to disentangle artificial hormonal changes from those caused by space flight.

Another factor in cosmic sex drive is a change in astronauts' internal clock.

"When you're going around the planet right now, every 90 minutes, your circadian rhythms are altered and that alters everything, including your sex hormones and probably your libido," said Saralyn Mark.

The science also matches astronaut Walter's on-site experience. In his book, he writes that, during his short 10-day stay in space, he had no libido.

But there's hope: According to Walter, astronauts' sex drive does readjust after a few weeks in space.

While our knowledge of sex drive is still fuzzy, we have a much clearer picture on whether humans can get physically aroused in space.

Microgravity causes blood flow to reverse its course and move upwards, towards the head and chest, instead of circulating in the lower half of the body. The internet abounds with speculation on whether this prevents men from getting erections in space.

When asked whether space boners are viable, Mark gave a clear answer: "Yes, microgravity does not affect that path."

Root Wolpe agreed: "There is no reason why it should be biologically impossible."

Ron Garan, an American astronaut who went to space twice, was asked whether erections are possible in space on an Ask Me Anything Reddit thread.

"I know of nothing that happens to the human body on Earth that can't happen in space," he answered.

For women, arousal in space is possible as well but getting wet feels physically different than on planet Earth. In zero gravity, liquids collect at their point of origin, meaning they form a blob at the spot where they are secreted, instead of flowing freely. 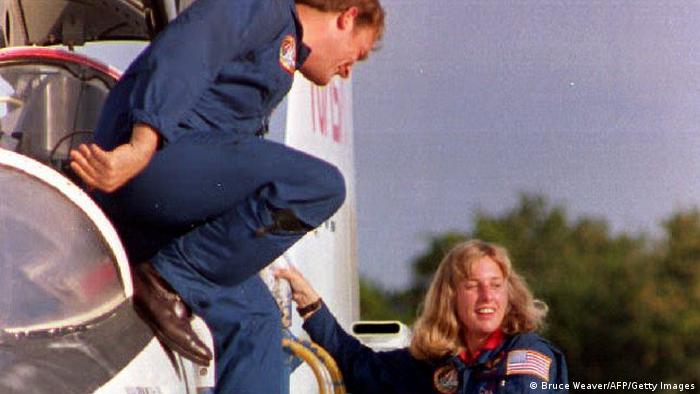 So much for the biological basics. Now we are left with speculating about the act itself. One thing is certain: Sex in space is a far more exhausting endeavor than here on Earth.

In zero gravity, Newton's third law, which states that for every action there is an equal and opposite reaction, makes thrusting against each other a real challenge.

"We don't realize how much gravity assists us in the act of intercourse," said Wolpe. "Sex involves pressure. In space, without any counterforce, you end up constantly pushing your partner away from you."

In an interview with German public broadcaster NDR, Walter suggested that astronauts could adopt a method employed by dolphins in the ocean, where a third party holds the other two together to prevent them from drifting.

Wolpe has another idea: "Everything on the walls of the space station is covered in Velcro, so you could take advantage of that by velcroing one partner to the wall. You have to get creative in this space."

German astronaut to return to Earth after six-month mission 05.05.2022

Matthias Maurer is due back on Earth after spending some six months orbiting the planet on the International Space Station. He will return with three other ISS crew members and some 550 pounds of cargo.