Unlike the presidential election two years ago, Democrats and Republicans Abroad find it more difficult to get Americans to vote in the upcoming midterm elections. And a new law makes the voting process even tougher. 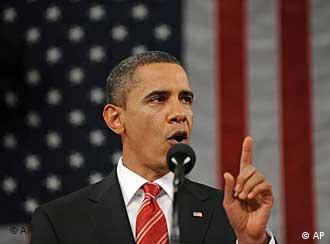 The midterm elections gauge the first years of the Obama presidency

The 2008 presidential election was a self-starter: With the cast including an African-American candidate with pop star qualities and a serious shot of winning, a Vietnam War hero turned maverick politician and the unknown governor of Alaska, mobilizing American voters overseas wasn't too hard.

Add to that the fact that Barack Obama travelled to Berlin during the campaign to give a speech before tens of thousands of enthusiastic supporters and that many Americans abroad were glad after eight years to simply have George W. Bush not appear on the ballot anymore.

Things are very different in 2010. To be sure, the midterm elections with their more regional focus and the absence of nationally or internationally recognizable candidates are always a tougher sell to Americans living abroad who may lack the local knowledge and not feel the immediacy of many presidential races.

Still, many people who voted in the presidential election last time, feel a sense of disillusionment, says Michael Steltzer, vice chair of Democrats Abroad Germany, part of the international branch of the Democratic Party.

"It's difficult because we knew that when Obama got elected that he would have a hard job to do to change things around and some things are not changing as fast as many people had hoped," he told Deutsche Welle. "The enthusiasm is not there that was there two years ago. There certainly is a difference, even though this election is just as important as the last one was."

Florida serves as a reminder

And indeed with the Democratic majority in Congress at stake and many close races that could have a great impact on the overall outcome of the election, there is a clear incentive for American voters abroad to cast their ballots.

While there are no official figures, it is estimated that some seven or eight million Americans are living overseas - roughly as many as the population of the state of Virginia. How many of those actually cast their vote is hard to gauge, since there are no overall statistics of international voters. But the presidential election 2000, in which a few hundred ballots in Florida from overseas voters decided the race, serves as the historic example to party officials that every vote from abroad counts. German chapter of the international arm of the Democratic Party

To make voting outside of the US easier, Washington last year passed a new law, the so called MOVE act. The 2010 midterm elections are the first time the new law is in effect. "It makes it possible for us to use electronic transmissions," explained Steltzer. "All of the states are required to accept electronic transmission possibilities which we did not really have before."

The states are also given a deadline by which they have to send out ballots. Currently, the Obama administration is suing some states who have failed to comply with the deadline, among them New York.

But the new law also has a negative side. Earlier, if overseas voters were registered, they would automatically get their ballots mailed to them from their state. Now voters have to apply in time for a ballot for every election. That means that eligible voters need to find out the deadline for each election ahead of time and have to go through the registration process each time.

"So we have to make sure that all the Americans that we can find and know about are aware of that," says Steltzer. "That's a big step."

That step - convincing overseas Americans to cast their vote - may be easier this time around for Republicans than for Democrats.

"This election is to a large extent a referendum on the performance of the Obama administration," Michael Ricks, chair of Republicans Abroad Germany, told Deutsche Welle. "Many are hugely disappointed in his delivery on his promises and as a result will be going to the polls looking to make a change."

While Ricks and Steltzer, who reside in Munich and Berlin, respectively, literally live an ocean apart from Washington, their election pitches sound like they are coming straight from inside the beltway. 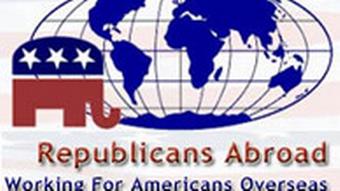 German chapter of the international arm of the Republican Party

"I think at a time when we have economic challenges, when there are people who are either out of a job or worried about losing their home now is a time to be tightening belts and not a time to let a tax-and-spend liberal run the country," says Ricks.

"Obama has more or less inherited an unbelievable recession," argues Steltzer. "Eight years of the Bush administration are not easy to turn around all of a sudden. You have got these wars going on and the steps that Obama is taking are long-term steps, so many people who are impatient with change should just consider the alternative."

One thing that Steltzer and Ricks can agree on is that while it is quite late, Americans abroad who haven't done so should find out on the Internet whether they can still register and vote in their state.

As for the outcome of the midterm election, Democrats in the US and abroad are clearly hoping to avert a Republican landslide and hold on to both chambers of Congress.

However, according to the latest polls, Michael Ricks' election prognosis seems more realistic.

"It's always difficult to make predictions in politics, but I would expect that Mr. Obama is going to be experiencing a very cold winter in Washington."

Barack Obama has recently seen important domestic issues take precedence over external affairs. While the end of US combat operations in Iraq has been hailed, his foreign policy has come under criticism from all sides. (01.09.2010)