Andres Manuel Lopez Obrador has led opinion polls throughout a campaign overshadowed by more than 100 murders of politicians. Sunday's elections for posts at every level of government are Mexico's largest ever. 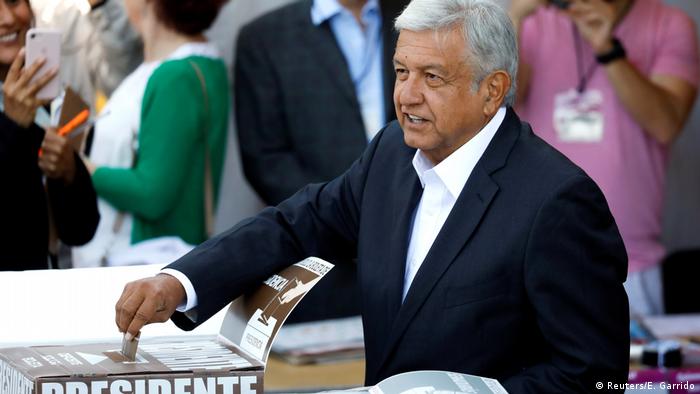 Polls have started to close across Mexico's three summer time zones, as Mexicans cast their ballots in Sunday's presidential election.

Andres Manuel Lopez Obrador, a former Mexico City mayor and anti-establishment outsider, has maintained a commanding lead in opinion polls throughout a campaign marred by more than 100 murders of politicians by suspected drug gangs.

Mexico elections at a glance: 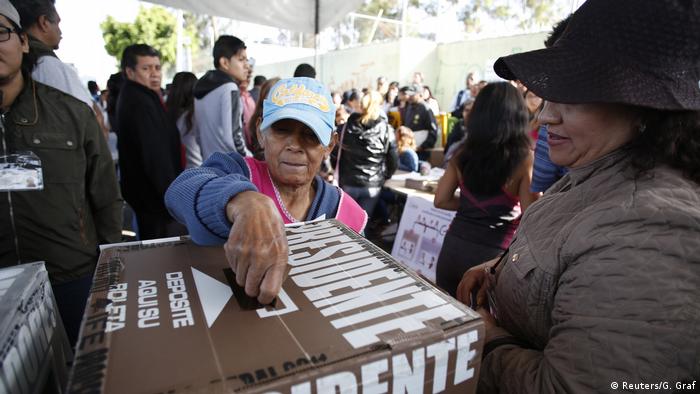 Mexico's electoral institute has said voter turnout has been "massive"

Lopez Obrador was one of the first lined up to vote at his polling station in Mexico City, saying "today the people will decide between more of the same or a real change." He was joined by some of his supporters, who turned out early to cast their ballots.

His rivals Ricardo Anaya and Antonio Meade both said they were expecting to be celebrating when polls close later Sunday.

Pena Nieto told reporters at the polling station that his administration would be "absolutely respectful and support the authorities that are elected."

Juan Carlos Limas, who cast his vote at another Mexico City polling station to vote for Ricardo Anaya, said he was worried by some of Obrador's promises, including a "transformation" of Mexico and scholarships or paid apprenticeships to youth, and increase support payments for the elderly.

"I am concerned that some candidates are making proposals that are impossible, because they're very expensive to carry out," said the 26-year-old. 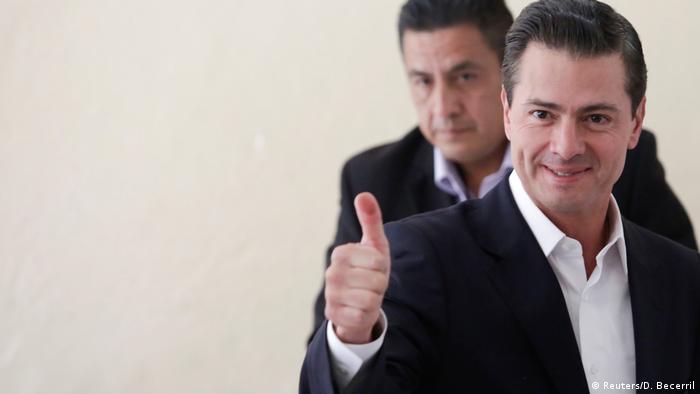 It's the third shot at the presidency for 64-year-old Lopez Obrador, who finished runner-up in the 2006 and 2012 elections.

The sharp-tongued politician has tapped voters' anger against a political class whose credibility has been hit by widespread corruption, soaring crime levels and years of modest economic growth.

The murder of a political activist on Sunday cast a shadow over the polls. Flora Resendiz Gonzalez, a Workers Party activist, was reportedly shot dead as she was leaving her home in Contepec in western Michoacan state, local media reported.

Her death highlighted the brutal violence and corruption that have angered voters in Mexico, adding to what was already considered to be one of the most violent electoral campaigns in the country's history. An estimated 145 politicians have been killed since September.

Only a fraction of the 11 million Mexicans in the US will vote in their homeland's presidential election. But that doesn't mean the others don't have opinions, especially about Manuel Lopez Obrador and Donald Trump. (30.06.2018)

Mexican voters abroad hold more sway than ever before