The super-rich of Lebanon are buying lion cubs from zoos for bargain prices. But one animal rights organization is behind a government crackdown to stop the practice.

Tucked between a parking garage and a hospital is one of Lebanon's infamous zoos. But this institution may soon to feel the heat from the government here, which aims to crack down specifically on how they treat big cats.

And it's not hard to see why. In this tiny, dilapidated zoo, two lions are kept in a cage measuring 8 by 10 meters (about 26 by 33 feet). There is not even enough water for them in the sweltering summer heat of 30-plus degrees Celsius (85-plus degrees Fahrenheit), and the animals seem exhausted.

Today (01.09.2016), the Lebanese government will introduce new laws that attempt to force zoos to take the welfare of their big cats more seriously. And if enforced, the rules are likely to impact not only zoos.

Despite its grinding poverty, Lebanon has a contingent of rich individuals who keep fully grown lions and tigers in their homes - in some cases, even in Beirut apartments.

In fact, it's this same poverty that drives an illegal, underground business of animal trafficking. Cash-strapped zoos can make real money from selling lions, tigers and cheetahs to families of the country's elite during a period where the rest of the country can ill afford the 3-euro ($3.30) entrance fee.

The zoos themselves are in pretty dismal state, generally keeping animals in appalling conditions - according to Jason Mier, director of Animals Lebanon, "often without food, water or shade." This certainly appeared to be the case at Zazoo City, which had two lions and one tiger. 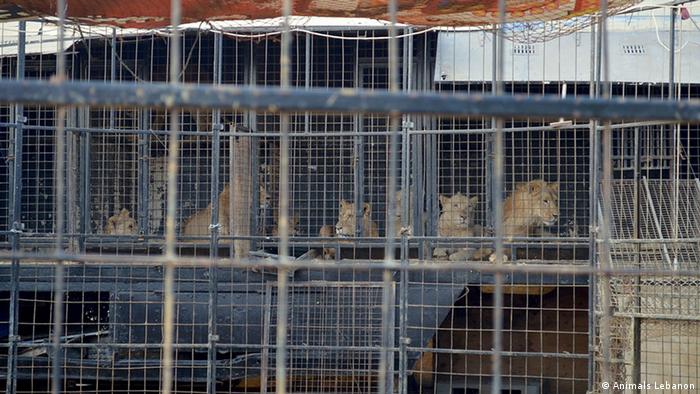 In a country that once called itself "the Switzerland of the Middle East," ignorance of many toward animal welfare is shockingly present.

Mier recalls anecdotes of a child who went to school and showed off photos on her phone of a lion cub her father bought her; another about how one of lions was recovered after the owner "took it for a walk" on a leash in the center of uber-chic downtown Beirut to "show off"; or the sad tale of a lion rescued after it reached full size and the owner became afraid it would jump off the balcony where it was kept.

Such scenarios are part of the everyday work of Mier, whose organization is responsible for lobbying the new laws. Mier, who comes from the US, hopes that if the zoos can be tamed into respecting the tough new laws, this will help reduce private ownership of big cats.

"Most of these animals are being bought from zoos - which is why we're focusing on them," Mier explained.

Lebanon's Minister of Agriculture Akram Chehayeb pledged to use "all legal means to seize any animals from traffickers or unlicensed shops."

"These animals don't belong in a cage or in a home as a symbol of power or personal wealth," Chehayeb added.

DW tried over a number of days to reach the owner of Zazoo City for comment, but repeated inquiries went unanswered.

But "Mr. Malik," who last year bought his lion from another zoo, was more open on the topic. When found, the animal was living in a shipping container with no natural light. Seeing first-hand how the animal suffered prompted Mr. Malik to change his viewpoint. 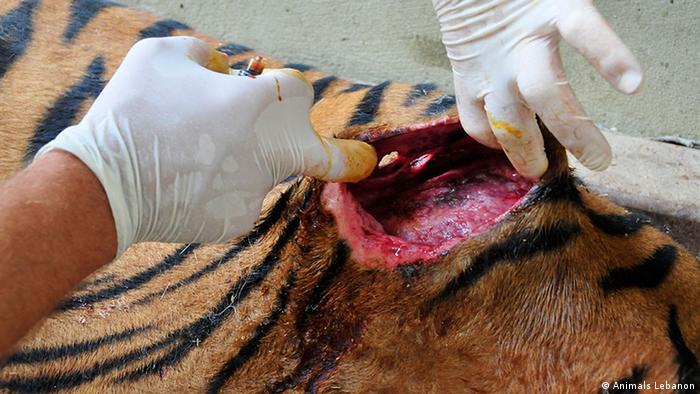 Rescued animals have typically been neglected by their owners

"When I purchased him, he was a cub," Mr. Malik said. "I was thrilled when Animals Lebanon came to rescue him, as the poor thing deserves to be in the open space," he said. "I wish other owners would give up their lions to Animals Lebanon."

Some animals have been rescued and sent to other zoos. Mier even kept one lion cub in his own office for several nights, staying with it until midnight before going home.

But there are also heart-breaking stories of lions and other big cats than have suffered agonizing deaths. One such case is of Queen, which even veterinary surgery couldn't save from undernourishment.

An international charity has removed a tiger and 15 other animals from a Gaza zoo in a bid to give them a better life. Their departure effectively closes the zoo in the war-ravaged Palestinian enclave. (24.08.2016)

While Animals Lebanon supports legal procedures that the government is taking, it also holds out a hand to zoo owners, offering to help them restructure their business.

This "softly, softly" approach, Mier believes, will be a winner in the longer term - particularly when it comes with a support network of European Union-funded benchmarking and help.

Lebanon's animal welfare legal framework is both outdated and rarely enforced, with maximum fines for cruelty amounting to about $15.

In 2013, authorities committed to international treaties to halt the trade of endangered species - including birds and chimpanzees - via Lebanese territory.

But today, these same laws have essentially been ignored, especially with regard to the trade of big cats. Animals Lebanon says their life expectancy amounts to a mere two years beyond the moment they leave the zoo.

And despite the new laws, many are still skeptical as to how a virtually stateless country can implement laws - particularly when those laws target the rich. 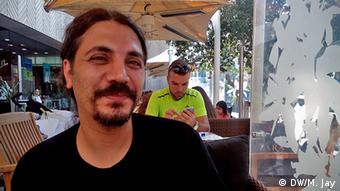 "I doubt if these new laws will have much effect," says Tony Moussawer, a solo animal rescue vigilante who mainly saves abandoned or abused cats and dogs. He sees the situation in Lebanon as getting worse, pointing what he perceives as an uptick in cruelty toward pets.

"Dogs are being abandoned here in higher numbers … many are being shot by people who have guns, usually in the head. Poisoning, too, is on the increase," Moussawer told DW.

Moussawer, who is Lebanese, believes cultural values tied with government inaction make up a large part of the problem.

"Animals here are objects - there's no education in the schools, nor initiatives from the government," he said.

"Parents often teach their children to kick the cat, so as to toughen up a boy to be man," Moussawer related. Lion ownership, and mistreatment, don't surprise him, he says.

"Rich people who want to show off, and they don't want just a dog."