Lebanon to resume talks with IMF, but outcome uncertain | Business | Economy and finance news from a German perspective | DW | 18.10.2021

Lebanon to resume talks with IMF, but outcome uncertain

The new Lebanese government is to resume negotiations with the IMF after talks stalled 13 months ago. Success, however, is not guaranteed, warn some experts. 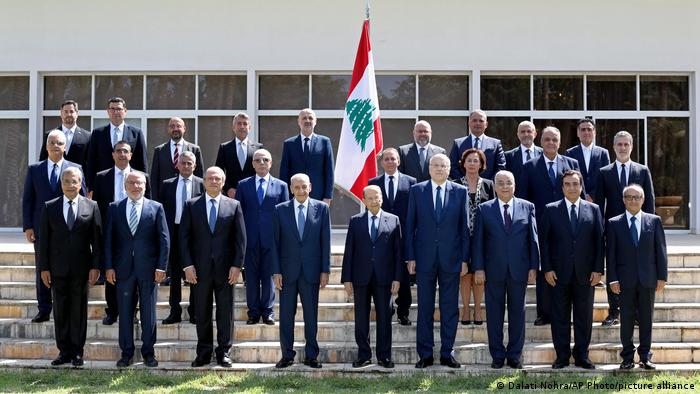 Lebanon is to resume talks with the International Monetary Fund (IMF) as the country seeks the financial support it needs to cope with its economic and financial crisis.

Lebanon's Finance Ministry said on October 4 it had resumed interactions with the IMF in a bid to secure a recovery program that can pave the way for more international support.

Since the nation's crisis began in October 2019, its currency has lost over 90% of its value. The COVID-19 pandemic, the Beirut explosion and political instability have resulted in severe financial, economic and humanitarian problems that have left more than half the population trapped in poverty.

In March 2020, Lebanon defaulted on paying back $1.2 billion (€1.03 billion) in loans, marking its first-ever default. It stopped paying all maturing Eurobonds in foreign currencies estimated to be worth about $30 billion. Lebanon's total debt is around $90 billion.

Beirut asked for the IMF's support with a view to securing financial stability.

However, talks between the Lebanese government and the IMF reached a stalemate in July 2020. Lebanese banks and several politicians opposed the former government's recovery plan as they believed the losses stated by the government were too high and not accurate.

Why negotiations matter for Lebanon

But the new government led by Prime Minister Najib Mikati believes that resuming talks with the IMF can unlock loans and grants from the international community. However, several experts think this attempt is unlikely to succeed.

Negotiations are vital for the future of Lebanon as the international community is ready to help the country. The IMF's approval of a sustainable recovery plan would build trust in the government's efforts to revive the national economy.

But Karim Merhej, a researcher at The Public Source, a Beirut-based independent media organization, and fellow at The Tahir Institute for Middle East Policy, told DW that the new government was nothing but a continuation of the same kleptocratic political system, which had been in place for the past three decades.

Merhej thinks the next restructuring plan by the government may be catastrophic. Unlike the plan revealed by the former Prime Minister Hassan Diab, which included protection for small depositors, the Mikati government may privatize or even sell national assets benefiting politicians and banks, according to Merhej.

"I don't see how the IMF loan can change the situation in Lebanon. The IMF's loan may force Lebanon to impose austerity measures that can be catastrophic for the country, especially if money is used to perpetuate the political system's status quo," he said. 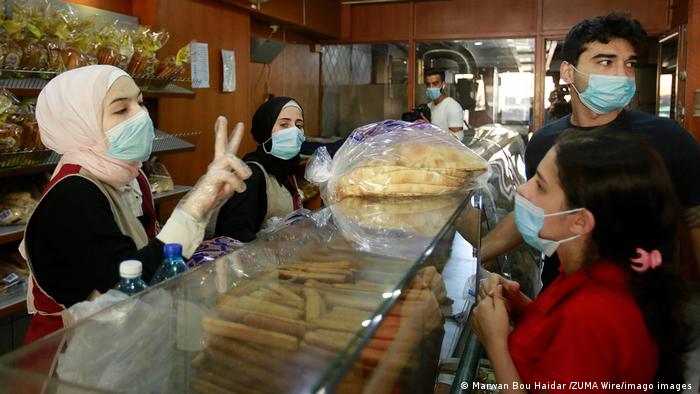 Sami Nader, director of the Levant Institute for Strategic Affairs, told DW that Lebanon needed liquidity for its basic needs. However, he doesn't believe the new government will be capable of reaching a deal with the IMF.

The Lebanese government will negotiate with the IMF, but it also has to agree with Lebanese banks on debt restructuring. Otherwise, the poorest people will be hit by higher inflation.

"We need reforms, but these won't come from the political establishment in place," said Nadar. "You can't help the state of Lebanon, but you can help Lebanese people, and the international community understood that," he said.

Lebanese economist Jean Tawile told DW that the government should focus on lowering the primary deficit as public spending has been too high, considering the low level of revenues.

He pointed towards several possible measures. Lebanon, he advised, should reconstruct its public sector and reduce energy sector costs. On the revenue side, the government should focus on fighting tax avoidance to boost its income.

Other sources of support

"To transform the economy, the government should look at it holistically, create macroeconomic stability and a good fiscal strategy to boost growth and balance expenditure to support vulnerable groups," he said.

In the meantime, Lebanon is to receive $1.135 billion in special drawing rights funds (SDRs), that is IMF assets that can be exchanged for hard currencies to secure a much-needed liquidity boost for cash-strapped member states.

The government in Beirut has not yet specified how it will use the money.