Lebanon: Influencers join together to fight hate speech | Middle East | News and analysis of events in the Arab world | DW | 17.09.2021 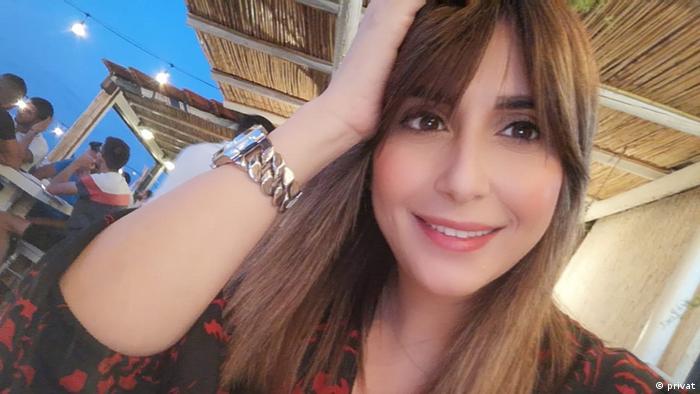 Lebanon has no shortage of thorny issues sparking controversies that are often carried out on social media. The country has a tech-savvy population: Internet penetration is close to 80% — which translates to 5.3 million people — 4.37 million of whom are active on social media, according to datareportal.com.

Seeing as the small country has a population of just 6.8 million overall, it doesn't come as a surprise that Lebanese influencers like Nadine Njeim with 2.8 million followers on Facebook, TV host Amanie Geha with more than 100,000 followers on Twitter or Ghayd Chammas with close to 334,000 followers on Instagram can indeed shape opinions.

To harness this popularity for a good cause, the Lebanese office of the Berlin-based Berghof Foundation has hand-picked a group of 20 influencers whose mission is to  de-escalate issues that are being heatedly discussed online.

"Communication is vital in promoting tolerance and mutual understanding, and social media is an ideal tool for that," Ali Anan, head of the project in Beirut, told DW on the phone.

The €250,000 ($294,000) project, funded by Norway, started three days before the devastating blast at the port in Beirut in August last year. "But everything and everyone was dealing with the aftermath of the explosion, so effectively we started the project only in early 2021," Anan explained.

The influencers represent the whole spectrum of religious communities found in the Lebanese population, which consists of Shiite, Sunni, Alawites and Ismailis, Christians, and Druze, states the CIA Factbook.

However, the influencers also cover the entire political range, from the Muslim Brotherhood and Hezbollah to the Christian Marada party, as well as a variety of genders and sexual orientations.

"We carried over some Muslim influencers from a previous project that dealt with sectarian issues only and chose the rest according to their number of followers and their willingness and inclination to work together, as well as to work on this project for free," Anan said. The funding for the project only covers expenses. 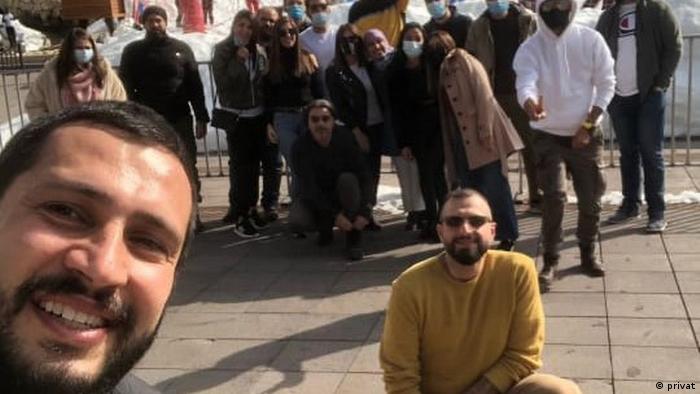 The group of Lebanese influencers met - and became friends

"The biggest achievement of the project is that our own influencers met and even became friends," Anan said. This may sound like no big deal, but in fact, it really is quite a feat considering the competition in the field of social media. "Having 400K followers does go to your head, and we had people who had previously blocked each other's accounts," he said.

One of the influencers is Mohammad Awwad, who hails from Byblos and now lives in Beirut. The 30-year-old is active on Facebook with around 4,500 followers.

"I am a Shiite who grew up in a society that taught me to hate the Sunnis," he told DW on the phone. In his 20s, he became a leading member in the political Shiite Amal Movement. "But as I started to mature and meet people, I understood that I have been fed hatred for nothing. I eventually resigned from my position at the party and became an independent Shiite who opposes the politics of both leading parties, Amal and Hezbollah," he told DW. 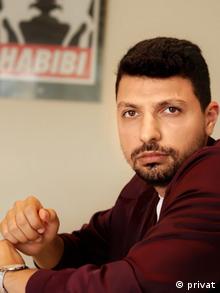 As one of the influencers in the group, Awwad was among the first to react when members of Hezbollah and Arab tribes clashed in Khaldeh south of Beirut during the funeral of the Hezbollah militant Ali Shibli this August. "I mediated online between both parties to stop the violence," he said. On the ground, the Lebanese police intervened.

"Several of our influencers who had contacts and influence on different sides sprang into action and helped behind the scene in mediating and de-escalating the tensions, helping Lebanon avoid more bloodshed and suffering," Anan said.

'Not just a pretty face'

The 39-year-old Lebanese Christian Mary Joe Frangieh tweets from the northern city of Zgharta. "Never in my wildest dreams I would have thought that I would become friends with a Muslim sheikh," Frangieh told DW on the phone.

She has since changed her opinion on many issues. "I am really proud of myself that I was able to break the barrier," she told DW. Frangieh appeals to her readers to " stop making everything religious; the problems are political." She sees herself as a peacemaker and "not just a pretty face." For this reason, she actively comments on issues that interest the 25,000 followers on her Twitter account, issuing more than 70,000 tweets. 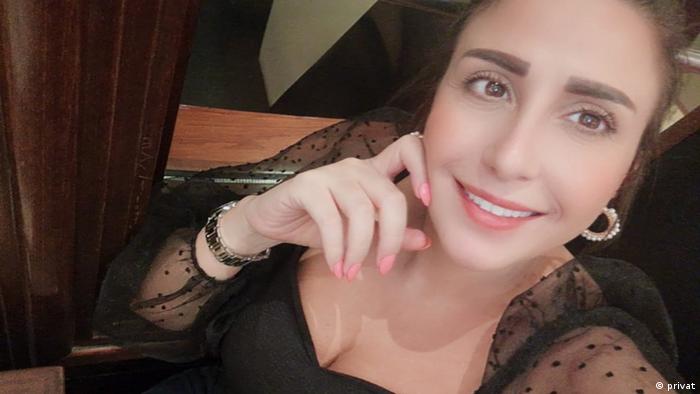 Professionally, Frangieh works in the media department of the Christian liberal party Marada, whose leader, Suleiman Frangieh Jr., is one of the contenders in the hotly anticipated Lebanese presidential elections due in the middle of next year. It is no coincidence that they carry the same last name. "Our grandfathers were brothers," she said.

Ali Anan doesn't see any conflicts of interest in the personal or professional backgrounds of his influencer group. "We didn't try to develop new influencers according to our likes," he explains, and adds: "Their outlook is the important thing, as well as the tone of their tweets." And this, he believes, will carry on even after the end of the project in October this year.

Women unite in the fight against online attacks