Lebanese officials have demanded the return of Prime Minister Saad Hariri from Saudi Arabia. The head of the militant group Hezbollah said the Saudis had "declared war" on Lebanon by holding Hariri against his will. 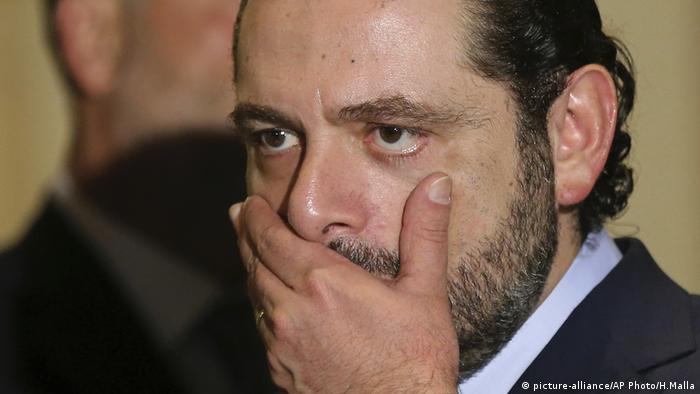 In a statement released by his office on Saturday, Aoun asked Riyadh "to clarify the reasons that are preventing" Hariri from returning to Lebanon.

Aoun, who is yet to formally accept Hariri's resignation, added that anything Hariri has said or may say "does not reflect reality" due to the "dubious and mysterious situation that he is living in the kingdom."

Tensions are rising in what is seen as a new front line in the regional rivalry between Saudi Arabia and Iran.

Riyadh said Hariri (pictured above) is a free man and he decided to resign because Iran-allied Hezbollah had become dominant in his government.

Hariri had headed a coalition government for the best part of the last year including members of the Iranian-backed Hezbollah militia.

Hezbollah leader Hassan Nasrallah said in a televised speech Friday that Hariri was being detained in Saudi Arabia and that his "forced" resignation was unconstitutional because it had been made "under duress."

The United States said Hariri should be allowed to return to Lebanon. In a message aimed at the Saudis, US Secretary of State Rex Tillerson warned on Friday against using Lebanon as "a venue for proxy conflicts."

Tillerson said if Hariri wants to step down he should "go back to Lebanon" and formally resign, "so that the government of Lebanon can function properly," adding that he had seen "no indication" that Hariri was being held against his will.

Saudi Arabia said on Friday that a Saudi citizen had been kidnapped in Lebanon.

"The embassy is in contact with the highest ranking Lebanese security authorities about securing the unconditional release of a kidnapped Saudi citizen as soon as possible," it said in a statement quoted by the Saudi state news agency SPA.

Saudi Arabia, Kuwait, the United Arab Emirates and Bahrain have advised their citizens against traveling to Lebanon and urged those already there to leave.

The other front in the war also saw action on Friday, when fighter jets from a Saudi-led coalition bombed the Houthi rebel-controlled Defense Ministry in the Yemeni capital of Sanaa late on Friday. Three civilians were reportedly wounded.

The coalition has increased attacks on Yemen since the Houthis — who control large parts of the country — fired a rocket at the Saudi capital last weekend.

Saudi Arabia and its allies shut down Yemen's borders earlier this week after intercepting a missile fired by the Houthis near Riyadh airport on Saturday.

The UN said on Friday that the coalition is still blocking UN aid deliveries to Yemen despite the reopening of the Yemeni port of Aden and also a land border crossing.

The Houthis continue to control the capital, Sanaa, and much of Yemen's north.

The conflict has left more than 8,650 people dead, including many civilians.