Learning to navigate the media age

As DW Akademie brings out a new media literacy discussion paper, #mediadev takes a look at how a project in the Palestinian Territories is giving young people tools to understand a changing media world. 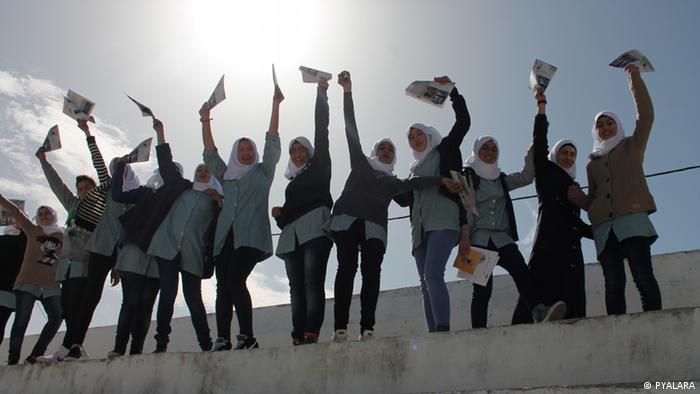 Media and information literacy (MIL) is the ability to acess, analyze and create media. These skills are vital for people to be able to freely express themselves and critically engage with the media and information. Because of the importance of MIL in media development, DW Akademie has just released a discussion paper looking at why media literacy is so relevant and what can be done to make MIL education more effective.

One of the projects used for analysis in the new discussion paper is Speak Up!, which seeks to boost the media literacy of young people in the Palestinian Territories.

Verena Wendisch, a regional coordinator on DW Akademie’s Middle East/North Africa team, works on the project. She spoke with #mediadev about media literacy in the region and the results she has seen of DW Akademie’s projects there.

In your opinion, why is media literacy important in general?

The entire world is experiencing a great transformation with regards to media. Access to media for people all around the world is becoming easier. That includes the ability to use media, to tap into new sources of information and for people to even make media themselves. But at the same time, that doesn’t mean that people are always able to do these things with a degree of competence. The possibilities are there but now people need to learn the skills to analyze media critically. They need to develop a critical distance while keeping the motivation and enthusiasm to use media.

Is there a lack of media literacy in countries where you work? And if so, what are the consequences of that? 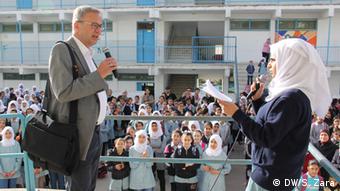 We can’t really talk about a lack of media literacy where I work but rather that the general consciousness of media literacy simply doesn’t exist. People say, “Yeah, young people all use Facebook” or “False information can be spread via Facebook.” There’s a general awareness of that but not about the fact that you can teach media literacy, that you can educate children, teenagers and young adults about it.

At the same time, people are aware of the dangers as well as the positive role of the media. We saw that during the Arab Spring, when the media played an important role even among people who were not journalists in the classical sense but were able to get their opinions out to the public. But when that happens in an unfiltered, uncritical way, youth and young adults can put themselves in danger or spread information that they’ve picked up somewhere which might not be true. This ability to evaluate and understand information, to scrutinize it and not simply pass it along as received is incredibly important in the countries in which we work.

What work does DW Akademie do to help improve media literacy levels among young people?

In the Palestinian Territories, we are working with a youth organization called Pyalara in eight Palestinian public schools with students between 13 and 16 years. They all have Internet access, either on their smartphones or on computers they use at home, in Internet cafés or at youth centers. So they’re already using media and even media at school but often in very rudimentary and uncritical ways without much reflection. So we work with these students, and the teachers too, using school-based media outlets, such as school radio, to teach media literacy. We discuss how to make media, what it means to allow students to express their opinions on certain subjects, and what it means for schools or Palestinian society when young people are taught to gather information, evaluate it, express themselves publicly and create media themselves.

How exactly can media literacy be taught?

I think the most important thing is for people to create media and do it themselves. You learn by doing. Of course, you need to have someone there who says, “Look, if you’re doing a radio report for the school radio, why not ask three different people for their opinions instead of just one?” As part of the project, in some schools students produce newspapers that are then posted on the school's walls. These are very simple productions which make use of the materials they have available, such as parcel paper. But even so, we still address the same themes as other media producers. What does it mean when we publish a news story? How do I write it? How do I make it appeal to my target group?

But we also talk about ways of getting information – who to speak to and how you know if you have the right to ask certain kinds of questions. These are all the kind of topics that can be addressed regardless of the kind of media product you create.

What kind of impact have you seen in the places where you’ve worked on media literacy? 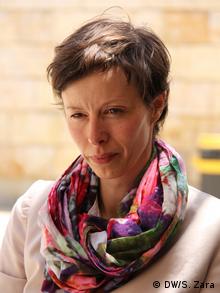 I was in the Palestinian Territories in April with other DW Akademie colleagues and early one morning we went to visit to a girls’ school where we’d worked. During the morning assembly, some students put on a sort of live show called Morning Radio. As part of the program, some students interviewed a colleague and myself and asked us really good questions, such as why we were doing the work we were doing, what we thought about their country, and why we thought media literacy was important. We could see the remarkable self-confidence that had developed in these girls. They were able to ask thoughtful, critical questions, which was something I hadn't enountered before. The school had had the radio for a while but before we worked with them, it was only used to make school announcements. Now it had become a forum where what we had taught in our media literacy training was put into practice.

Donors often determine the direction of media development research. But as DW Akademie’s Dennis Reineck points out, surveys must also address the interests of participants, as a program with youth in Palestine has shown. (28.08.2015)

Media and information literacy is a hot topic in media development today. And for those who don't know exactly what the term means and why it's so vitally important, we've put together this overview for you. (27.04.2015)