Leaks trigger new debate in US about partition or other options for Afghanistan | Asia| An in-depth look at news from across the continent | DW | 30.07.2010

After the revelations in Wikileaks, the taboo-breaking ideas of several experts are suddenly under the microscope as Washington looks for an exit strategy that will work. 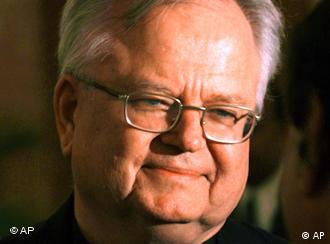 The publication of secret Pentagon documents by Wikileaks has shaken political Washington and public confidence in the US administration's Afghanistan policy to their very foundations. Just a few weeks ago, the political elite was united behind the president and supported his policy of a limited escalation of the war to be accompanied by efforts to step up civil reconstruction. The goal was to push back the Taliban both politically and militarily and to negotiate a political settlement with moderate Islamists. But after the revelations in Wikileaks, the debate has taken a new turn.

An alliance against the Taliban

Steve Coll's views are being widely read at the moment. He was a South Asia correspondent for many years and is now the head of the New America think tank. Coll is one of those experts who is calling for a change of course on Afghanistan. He argues that Washington should be aiming at establishing alliances with regional strongmen in the North and West of the country against the Taliban in the South and East. He does not place much hope in negotiations with the Taliban regardless of how moderate they claim to be. 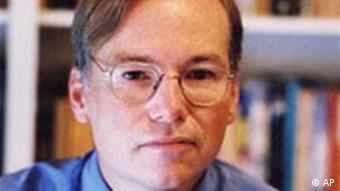 Steve Coll is a Pulitzer Prize-winning journalist and writer

According to Coll, these alliances must ensure that neither the Taliban nor other factions can seize power in Kabul. Against this background the US would be able to withdraw step by step. If needed it could intervene at any time. Coll says the prerequisite for such a step would be an agreement amongst the political elite in Afghanistan that they will stand up to the Taliban together. Coll's critics in the Obama Administration point out that the government in Kabul would once again become a hostage of the powerful regional warlords. They point out that President Najibullah tried this strategy in the early 1990s - and failed.

As far as Robert Blackwill is concerned, Coll does not go far enough. The security expert, who served both George W. Bush and his father, is pushing a much more radical idea for the future of Afghanistan: partition. The US and her allies should maintain military control of the North and West. The South, where the Pashtuns form the ethnic majority, should be left to the Taliban.

Blackwill maintains that this solution is the most realistic option now on the table that the US could justify. He does not believe that such a development would have an impact on the territorial integrity of Pakistan. However, he admitted in the "Financial Times" that after nine years of war such an outcome would be a huge disappointment for Washington. 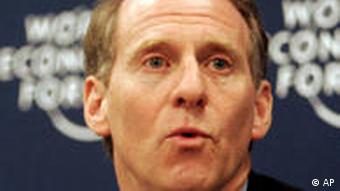 Richard Haass is the president of the Council on Foreign Relations

Richard Haass, a security expert who also worked for both Bush presidencies, has developed a stance somewhere between that of Coll and Blackwill. He rejects a "Pashtunistan" solution as unrealistic. This would not be acceptable in Afghanistan. As he argued in "Newsweek", Washington should abandon its attempts to strengthen Kabul and its armed forces and police. Instead it should give more support to the regional forces that oppose Al-Qaeda.

In this context Washington would have scope for negotiations with those Taliban who were prepared to accept these terms. The US armed forces would remain in the country and support regional forces where necessary. The number of troops could, according to this scenario, be reduced significantly although one would have to assume that combat operations would continue for many years.

In the past week support for Obama's policy has waned considerably. Senator John Kerry, who ran for the presidency on the Democratic ticket in 2004 and is a key supporter of Barack Obama, has announced that he will hold a hearing on the issue of negotiating with the Taliban and the prospects of a successful outcome. When asked about Wikileaks, Kerry declared that they posed serious questions about the chances of present US policy delivering what it promised. The time had come to consider whether a change of course was necessary.

Doubts are now also being raised increasingly by the Republicans who have so far largely supported Obama's policy. As the influential Republican Senator Richard Lugar put it a few days ago, Washington could continue to pump billions into the war without reaching a satisfactory conclusion.

Public opinion turning against the war

Recent opinion polls in the US show that public support for the war in Afghanistan, which is devouring 100 billion dollars a year and costing more and more lives, both civilian and military, continues to fall. The view held by a clear majority is that the war is lost. A similar mood prevails in Congress where politicians from both parties blocked the Administration's request for fresh funding for the war effort for several weeks.

As the well-known blogger Andrew Sullivan put it in "The Atlantic": "The logic for withdrawal to the more minimalistic strategy favored by Obama after the election (...) seems overwhelming." Sullivan asks when the President will have the courage to admit it. Perhaps the time is soon approaching because the mid-term elections - scheduled for November - are looming on the horizon. The search for an exit strategy acceptable to US public opinion continues unabated.

With the publication of 92,000 confidential military reports, details of the Afghanistan war have become much clearer. The leaked documents should generate a new, more honest debate says Deutsche Welle's Bernd Riegert. (27.07.2010)

Pakistan is less than surprised by Wikileaks

The leaked US intelligence documents about the Afghanistan war have put the role of Pakistan's intelligence agency, the ISI, in allegedly guiding and supporting Taliban attacks in Afghanistan back in the spotlight. (29.07.2010)