Leah Thorvilson was a marathon winner two years ago until her injury forced her to pack it in. Back home, she jumped on an exercise bike, then she won an online competition. Now her next pro sports career beckons. 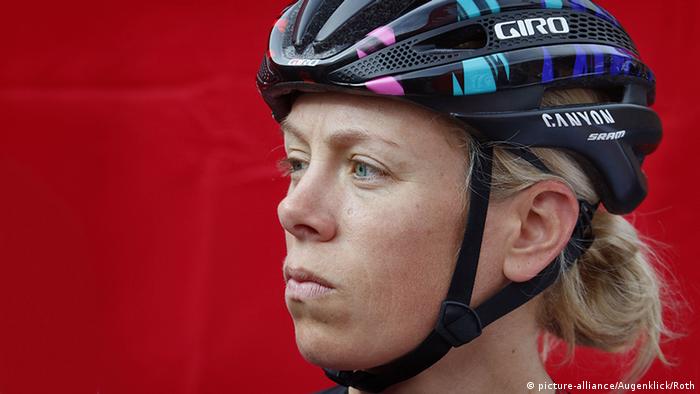 There are a few things about Leah Thorvilson's story which are a bit out of the ordinary. The fact that she signed her first professional cycling contract at the age of 38 to become the oldest newcomer in the sport's history, for example. Or that she was already a successful athlete before that - in marathon running. In fact, she won 16 marathons. But the most unusual thing about Leah Thorvilson is how she became a professional cyclist - she won a competition on the internet.

One door closes, another opens

But first things first. Before becoming a professional cyclist on the UCI Women's Tour, Thorvilson was a successful long distance runner while also working at Arkansas University. Success on the running track came at a price. Professional marathon runners take part in no more than two or three major events per year - otherwise the physical strain is just too much. Thorvilson would run eight marathons and one 50-miler (roughly double a marathon's distance, or 80 kilometers) in just six months. She lived for her sport. 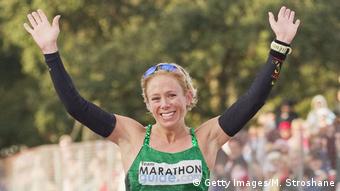 Her obsession soon took its toll. After a series of injuries, four knee operations and a bone transplant, her body finally said no and her running career was over. The doctors told her she could not run again. "The diagnosis shocked me to the core. Running had become part of my identity," Thorvilson remembers. A tough moment, but she simply couldn't tear herself away from elite sport, despite her time-consuming job as director of development and external relations for the College of Education and Health Professions at the University of Arkansas. "The only idea I had was perhaps to start cycling," she says. And so, reluctantly, she traded in her running shoes for a racing bike and got back on the road.

When the living room becomes a race track

Within a year, Thorvilson has ridden more than 12,000 kilometers. The obsession returned, if for a new form of exercise. She gets up at 4.30 a.m. every morning to get some riding in before work. She trains at home on a static exercise frame to save time. The back wheel of her bike is held in the frame and an electromagnetic brake regulates the level of resistance, allowing Thorvilson to accurately simulate ascents and descents. But cycling in a stationary position in her living room, the scenery soon got a bit monotonous, until a friend told her about the online training platform Zwift.

With Zwift, athletes can meet up virtually from their living rooms and train together. What's more, the bike is hooked up to the system and the performance data applied to an on-screen cyclist who competes against other users like in a computer game. With a laptop attached to her bike, Thorvilson can plunge into virtual competition and her living room becomes a race track. 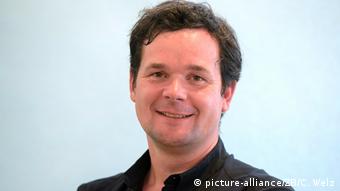 Ronny Lauke, manager of the Canyon/SRAM team, says his recruitment plans were the subject of ridicule until recently

As if by chance, Ronny Lauke, manager of the German professional women's cycling team Canyon/SRAM, was looking for one more rider for the 2017 season. But traditional scouting methods weren't producing the desired athletes. "I've been watching the tour for years, I know what riders are out there," he said. "I didn't want to take the same old approach." Together with team sponsor Zwift, he came up with the idea to create the Zwift Academy - a virtual elimination race. The concept is simple: the winner receives a pro contract. Over the next months, 1,200 women took part in a series of cycling challenges. "With Zwift, people in every corner of the globe can show what they can do," Lauke tells DW. "By measuring how many watts are produced per kilo, for example, we can identify who is strong enough."

A new type of scouting

Online scouting is nothing new but Lauke's approach goes way beyond simply watching YouTube clips, and Professor Christoph Breuer from the Institute for Sports Economics and Management at the German Sports University in Cologne (DSHS) is impressed. "This type of scouting is only going to grow, not least due to continuing technological developments," he says. "By setting certain parameters, a sort of pre-selection is made possible which can narrow down the field before a final personal decision."

Leah Thorvilson is back in her element - back in competition. A three-man jury evaluates all the data until in December only three riders remain. Thorvilson is one of them. Having proved their physical capabilities, the focus is now personal qualities and characteristics. Can they function as part of a team? How do they deal with the media? "We invited all three women to produce a presentation about themselves - after all, it's still a team sport and we need to be sure they'll fit in," says Lauke. And Thorvilson, as she did in so many marathons, left the competition trailing in her wake. 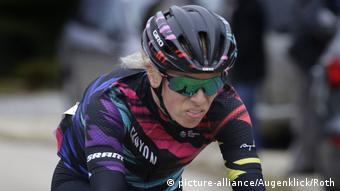 Now it's time for her to prove herself against the established riders of the UCI Women's Tour, where the competition has one distinct advantage: years of tactical experience in the saddle which Thorvilson still needs to learn. But Lauke isn't worried. "Leah's attitude in training is really good," he says. "She works hard and is hungry to learn. She questions everything." After the first few warm-up races of the season, the team manager is in a position to draw a few initial conclusions. "It will be difficult to have her ready to compete in the Belgian spring classics," he says. "The conditions are too tough. But when the roads get wider and the ascents and descents start, I think she will surprise us."

Giving up work in pursuit of a dream

Is digital scouting the future? Lauke already sees signs of progress. "I know that some national teams are considering using these methods when putting together their squads," he explains. "It was only a year ago that colleagues still scoffed at the idea. But now all the girls are happy that Leah is part of the team. Having come from outside of cycling, she looks at things differently and gives the team different ideas, which is a positive thing."

Academic Christoph Breuer can also see advantages. "All I need to do as a scout is process and evaluate the data provided by the athlete, saving me money and time, since I no longer need to travel the world to see athletes in the flesh. These are key advantages."

Thorvilson will have to give up her position as head of a development group at Arkansas University - life as a professional cyclist is just too time-consuming. But at least she can afford the adventure. She's paid off her mortgage and thankfully does not have outstanding debts, since professional cycling contracts don't pay that well. Not that the money matters for Leah Thorvilson, sport is her life.