German politician Lothar Bisky has passed away. He had two spells as leader of the successor party to the East German communists and helped form the Left party. 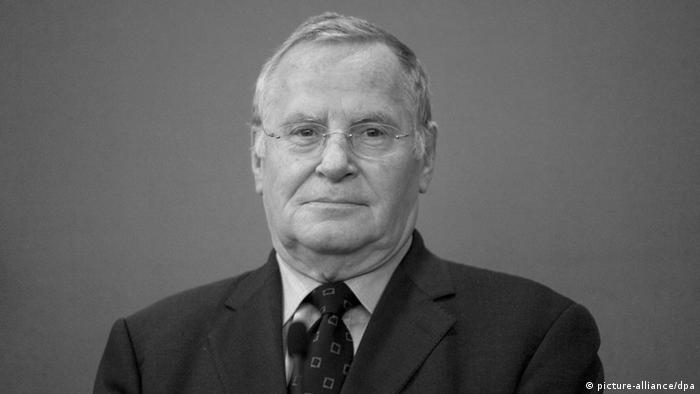 Bisky's death at the age of 71 was announced by the parliamentary leader of the Left party, Gregor Gysi, on Tuesday.

In a statement released later, Gysi and his two party co-chairs expressed their sorrow at the loss of one of the Left's key figures since the fall of the East German communist regime and reunification.

In the statement. they said Germany had lost a great mover and shaker of recent times and that Europe had lost a dedicated champion of "the project of the political, social and economic unification of the continent."

The statement also described him as a "leader and shaper of the Left party," saying he had fought for a "strong German and European left-socialist party."

"Although we fought for differing political goals, I liked Lothar Bisky for his collegiality, his engagement, and his love of culture," Westerwelle said.

The co-chairs of the Greens, Cem Özdemir and Claudia Roth, described Bisky as someone capable of building bridges. He was "always fair and interested in honest discussions," they said in a joint statement.

He only entered politics at the time of the collapse of the old East German regime with the fall of the Berlin Wall in 1989.

From 1993 to 2000, he was chairman of the Party of Democratic Socialism (PDS), the successor to the SED. In 2003, he returned to the post after the party disappointed at the polls in the 2002 federal election.

In 2007 he helped found the Left party, which united the PDS with a leftist movement from western Germany, co-chairing the party along with former Social Democrat Cabinet minister Oskar Lafontaine.

Since 2009 he had been a member of the European Parliament, where until last year, he was leader of the left faction.