How to overcome weak global growth has been one the most hotly debated issues at the World Economic Forum in Davos. But all agreed that fostering climate-saving technologies could make a huge difference. 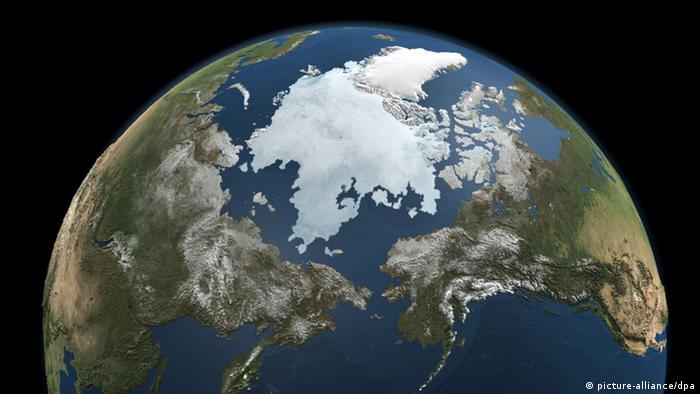 At the World Economic Forum (WEF) in Davos, the prospect of weakening economic growth and how to overcome it took center-stage. State-funded investment programs, such as the 300-billion-euro ($337-billion) infrastructure development plan announced by the EU Commission recently, were hotly debated.

But as more and more governments around the world seem to be resorting to the traditional tactic of spending their way out of sluggish growth, United Nations Secretary General Ban Ki-Moon noted that investing in climate protection could make a significant impact.

"Infrastructure and sustainability are treated as separate issues. We see this at the meetings of the G20, at other international gatherings, and even here at the World Economic Forum. We need to address this troubling disconnect."

According to Paul Polman, Chief Executive of Anglo-Dutch food company Unilever, the size of global infrastructure investment would reach $90 trillion over the next 15 years.

"That needs to be done anyway. Do it in the right way, and you can solve your climate change issues and stimulate economic growth," he said.

World Bank President Jim Yong Kim shared this view at the WEF meeting, saying that climate protection and economic growth shouldn't be mutually exclusive. "We lose so much from inefficient buildings, inefficient factories. If we just do those fairly straighforward things that are good for everybody, we could add $1.8 to $2.6 trillion to gross domestic product over the next decades. These are no-brainers. And if you get the maths right, it seems less like a contradiction."

Call for price on emmissions

The World Bank President urged governments around the world to agree on a pricing system for climate-changing CO2 emissions, reiterating calls for the introduction of a global emissions trade made at the 2014 Climate UN Climate Summit in Lima, Peru.

Nobel Economics Prize laureate Michael Spence believes poorer countries could take steps to curb climate change, too: "Energy subsidies were pervasive in the developing countries. Fortunately, they are in the process of disappearing. Energy subsidies are a catastrophic policy. They produce a distorted development of the economy and all kinds of bad things."

Spence also noted that fortunately many countries were in the process of ending this policy. The fact that the poorest sections of the world population are worst affected by climate change and environmental degradation was highlighted by Paul Kagame, the president of the African state of Rwanda.

"Initially, we had lost almost the entire forest body of our country for various reasons: agriculture, firewood etc. So we invested in cooking stoves that conserve energy and provided alternatives so that people don't cut wood, and we indentified how agriculture can coexist with the preservation of forests. and this has been working."

A sense of urgency

At the WEF in Davos there was a sense of urgency felt in discussions about climate change. Nobel laureate Michael Spence noted that global leaders would have to "go quickly" because the world had only a "window of a very small number of years, after which we cannot win the battle."

"There is a tremendous sense of public sector awareness, commitment, demonstrations on the streets, a sense of momentum that has not been there before," he added.

In 2015, there's plenty of opportunitty for global leaders to act on climate change. In July, an international conference on development funding will take place in the Ethiopian capital Addis Ababa, and two months later the United Nations will hold a summit devoted to the world body's development goals. And at the end of the year, world leaders can match words with deeds at the UN Climate Summit in Paris.

"If this year goes badly, and I don't think it will, it would be a massive missed opportunity," said Michael Spence.

Social entrepreneurs are changing the world by solving problems with entrepreneurial means. Several dozen of them are taking part in this year's World Economic Forum in Davos at the invitation of the Schwab Foundation. (21.01.2015)