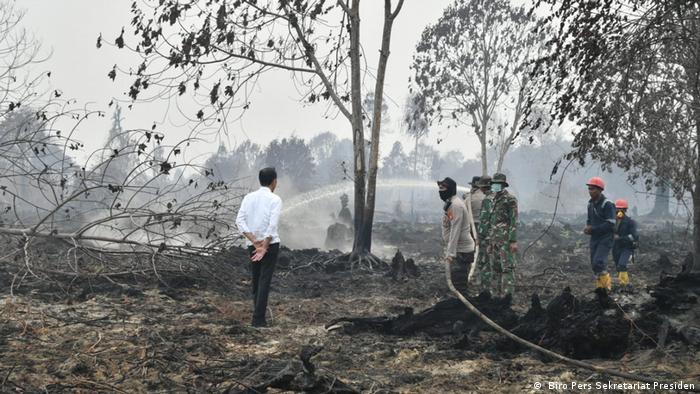 According to data released by the Indonesian National Board of Disaster Management (BNPB), 3287.4 square kilometers of forest and land was burned across Indonesia between January and August 2019. Smoke from the fires also gave rise to toxic smog in Malaysia and Singapore.

DW spoke to Greenpeace Indonesia's Forest Campaigner Rusmadya Maharuddin about the reasons behind the calamity.

DW: Why are forest and land fires in Indonesia so common?

Rusmadya Maharuddin: We think it has to do with law enforcement, which is usually used to scare people from repeating the act. Law enforcement is also a part of efforts to prevent the fires from happening again.

We think the government is still weak in monitoring and enforcing the law, as far as current fires are concerned. Until now, 11 companies have been asked to pay a fine of 18.9 billion rupiah (around 1.2 million euros) according to court rulings, but we do not know whether the fine has been paid or not. 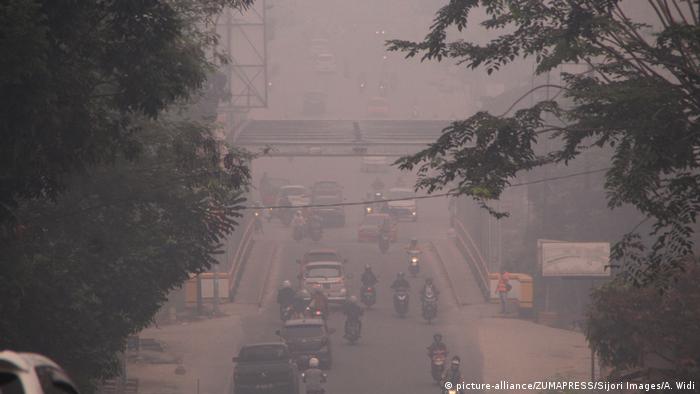 Let's take an example: there are three means of enforcing laws concerning forest and land fire. First, administrative sanctions, for which the central government is responsible, second, civil sanctions, and third, criminal sanctions.

There are four kinds of administrative sanctions: written warnings, coercive sanctions, license suspensions and revoking licenses. Every time a sanction is imposed, the guilty party must fulfill some criteria and recommendations before the sanctions are lifted. We often see in print media that the government imposes administrative sanctions, but we do not see which companies are affected and why, and which recommendations need to be fulfilled by them before restrictions are relaxed. There is no transparency.

If the administration were open about it, it would mean getting the public involved in monitoring the implementation of sanctions imposed by the government.

It is suspected that 'conspiracies' between companies responsible for these fires and individuals in the local governments could be a factor resulting in this never-ending problem.

There are indications of conspiracies at various levels. The answer is again: monitoring and enforcing the law.

How is Indonesia seen internationally as far as these fires are concerned? Malaysia and Singapore claim that the smoke is responsible for the haze over their skies.

With these claims and complaints, it is obvious how Indonesia is perceived by the ASEAN countries. We know that the government has ratified the Agreement on Haze Pollution (AHP) in 2012. One of the key points of the agreement is to restrain forest and land fires with the potential to cause transboundary pollution and include efforts to promote national laws.

As far as complaints made by our neighboring countries are concerned, if we take a look at the positive side, it should serve as a trigger for us to be even more serious in preventing these fires. I don't think it is necessary to argue whether the haze has entered neighboring countries or not. We are a member of ASMC (ASEAN Specialised Meteorological Centre), and the meteorology, climatology, and geophysical agencies of each member country know about this.

The government says that the dry season is the main reason behind forest and land fires and that this makes it difficult to extinguish the flames. Is this true?

Some say the fire that is currently raging is caused by climate change. This is just like talking about 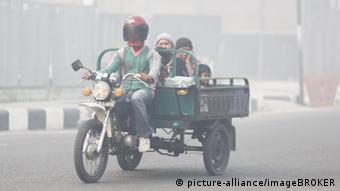 People cover their heads and faces to protect themselves from bad air in Pangkalanbun, Central Kalimantan

what came first, the chicken or the egg. Climate change causes shifts in the seasons, where the dry season becomes longer than the rainy season and the seasons don't arrive in a timely fashion as they used to. This causes flammable objects such as trees and peat to dry out and then the land is also cleared. Or the other way around: land is created for plantations by clearing canals. The peat becomes dry and emissions increase, causing climate change. It depends upon where we build the narrative from.

Could we say that law enforcement is the answer to the forest and land fire problem?

Forest and land fires that started this year must be stopped. We have seen that monitoring and enforcing the law has always been weak. We hope serious efforts are made to preserve the forest and peatland that are still left because they are flammable.

The interview was conducted by Rizki Akbar Putra.