Germany's Love Parade manslaughter trial could be terminated, with some defendants paying only fines. The suggestion has emerged from formal talks between prosecutors, victims' advocates and event organizers' lawyers. 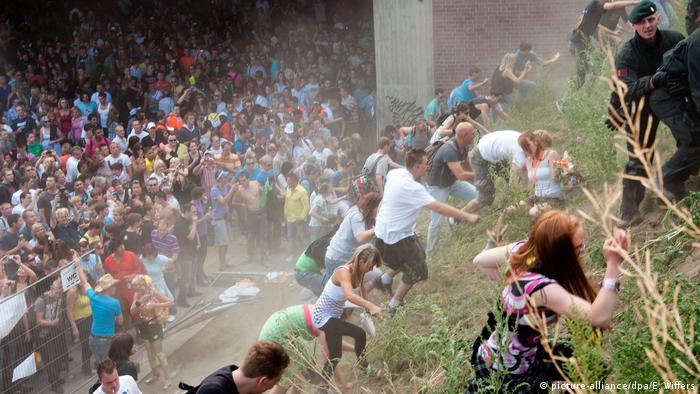 Too many people were funneled through the same tunnel, leading to a mass panic and several deaths

More than 50 jurists attended a special closed-door legal discussion on Wednesday to allow judges to assess whether to continue or call off the trial over who was to blame for 2010 Love Parade disaster.

Techno music fans were funneled through a single egress, a large disused two-lane vehicle tunnel, resulting in 21 deaths and 652 persons hurt at the improvised venue, a large former rail freight and shunting yard in Duisburg, a Rhine river city in western Germany. 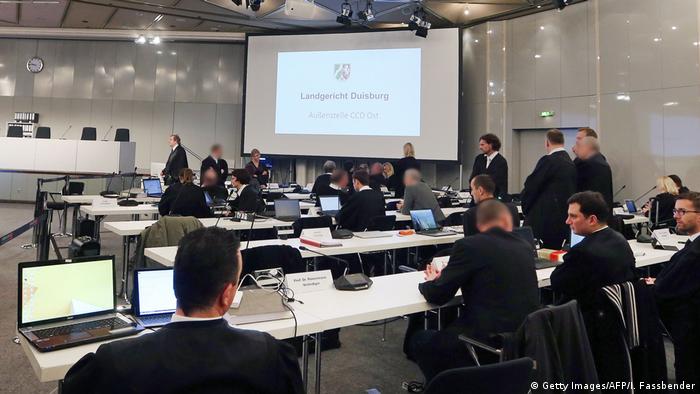 The trial could conclude without a legal verdict, but with agreed penalties for some defendants

Emerging from Wednesday's talks, lawyers indicated that the Duisburg Regional Court – convened over 96 trial days in nearby Düsseldorf since December 2017 – would opt for termination and forego penal verdicts against the 10 accused.

Judges themselves were not expected to make an immediate decision but issue a summary of jurist's talks on Thursday.

The 10 accused comprise four organizers of the then Berlin-based firm Lopavent and six Duisburg city officials.

Numerous lawyers quoted by the German news agency DPA Wednesday said prosecutors wanted fines imposed — at least against some of the defendants — if trial termination was chosen.

The clock's ticking in the courtroom: the 10-year statute of limitations for the incident would expire in July 2020.

Julius Reiter, a lawyer representing some 80 relatives of victims and survivors, said any termination must create conditions to enable them to pursue civil claims against Duisburg city and the regional state North Rhine-Westphalia.

Reiter said the court saw three Lopavent members as facing "moderate" guilt. The seven others – one from Lopavent and six from the city – bore limited guilt.

"It will end up in a termination in the first half of this year," Reiter said.

Defense counsel Gerd-Ulrich Kapteina said: "We see the possibility that a great chance exists that the trial will end in a termination."

Kapteina added that safety loopholes exposed by the disaster must be closed.

During its 13 months of deliberations, the regional court has so far heard testimony from 58 witnesses and six experts.

One court-appointed assessor, German traffic professor Jürgen Gerlach, testified in December that the Love Parade should have not got beyond its planning phase.

"In the framework of the [site's] planning, approval and acceptance process, there were numerous indications about the unsuitability of the proposed terrain, given the expected numbers of visitors," Gerlach told the court.

On the festival day, 24 July 2010, the turnstile entry system used for pedestrians on the former railyards proved not to be sufficient, he added.

Düsseldorf's large trade convention hall — 25 kilometers (17 miles) from Duisburg — was used by the Regional Court because of the large number of lawyers and plaintiffs involved.

Although it originated in West Berlin and roved the country by year, the Love Parade had become one of many events, including in the 2010 European Capital of Culture program, to rejuvenate Germany's former coal and steel Ruhr District.

At the criminal negligence trial over the 2010 Love Parade disaster, survivors have painted a picture of the trauma and pain surrounding that tragic day. DW's Andrea Grunau reports from Dusseldorf. (12.01.2018)