Imagine you're in love and have sex with your boyfriend. If it happens to be your brother, this could land you in prison. But (making) love shouldn't be a criminal offense. Lawyer Endrik Wilhelm explains why. 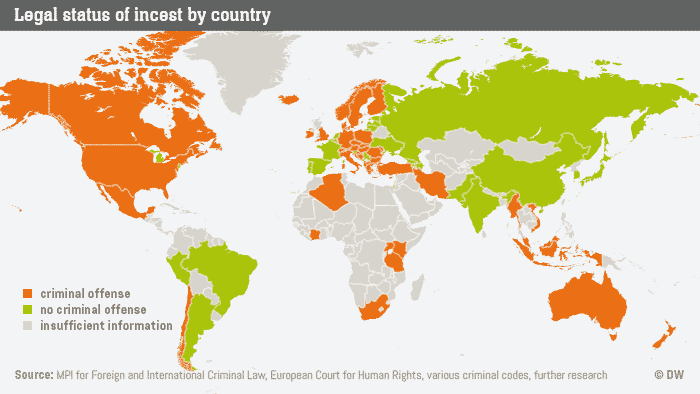 Incest has different definitions, varying across countries. In most countries it refers to sexual intercourse between a brother and sister, and in most cases also applies to half-siblings. If you are interested in a specific country's situation, please see its criminal code. 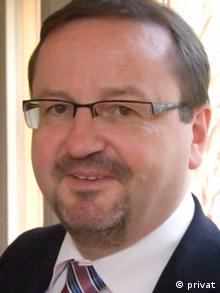 Dr. Endrik Wilhelm is a solicitor for criminal law based in Dresden, Germany. He became an advocate for consensual incest after he took on a prominent case dealing with sibling love in Germany in 2008. He also counsels Karin and Christoph.

DW - Life Links: What are the main arguments in favor of keeping incest as a criminal offense?

Endrik Wilhelm: Those in favor of criminalizing incest talk about the risk of passing on genetic disorders without ever having looked into the matter properly. With that line of thought you would also have to stop people with inheritable genetic disorders from reproducing. Where would that lead us? Do we want to keep women above 45 from having children? They also have an increased risk of passing on genetic disorders. If so, why don't we just introduce a genetic permit for sexual reproduction for everyone? That way we would further marginalize people who were born disabled. In any other area of life, we're aiming for the exact opposite. We say we want to include them as equal, but with that anti-incest attitude we defend the contrary.

Another common argument is that incest ruins the 'traditional family'. What do you think about that?

People have invented the idea of the 'sacredness of the family'. Our families - which may have two fathers or two mothers, or four parents in total, we're meant to be very liberal after all - need to be protected from two siblings falling in love. Of course, you have to ask yourself: 'Who exactly needs to be protected from what?'

If you apply the argument of the "sacredness of the family" on patchwork families, for example, you'd would not only have to ban those from having sex who are genetically related but also those who grew up together. But that's not judged a criminal offense. This shows that the root of the argument lies in actual kinship, not in the 'sacredness of the family'. That's an illusion.

In a constellation where two (half) siblings who haven't grown up together fall in love and decide to build a family, who needs to be protected here? The opposite is the case, you ruin a family if you ban [sibling love]. But nobody's thinking that far, it's just another taboo.

The contradiction within this moral concept is a load of crap.

Section 173 in the German criminal code says that sexual contact between siblings is illegal. Offenders face years in prison. Where does the problem lie in the current legal situation in Germany?

The criminal offense itself isn't even linked to the evolution of new life, it's limited to vaginal sex - irrespective of whether it's protected, whatever contraception is or isn't being used, whether or not a woman can even bear a child - all of that doesn't matter, vaginal sex between siblings is illegal, full stop.

Germany's Ethics Council has called for consensual incest to be legalized. "The majority of the German Ethics Council is of the opinion that it is not appropriate for a criminal law to preserve a social taboo," a statement said in 2014. How can such prejudices be eliminated?

That taboo inside us is so strong that it ultimately triggers prejudices, and very few of us are able to go against that. Our gut feeling says: 'Something is wrong with that', so our brain is automatically looking for justifications. That would explain legislation like this.

Once you realize that the supposed argument of avoiding any potential children being disabled isn't a valid argument, then any rational thinking person is out of objections. Of course there may still be that hint of disgust [when imagining two siblings having sex], but too often you come to the conclusion: 'We may find it disgusting, but why would that make it illegal?'

Still, even Albert Einstein said it's easier to split an atom than a prejudice.

When you sat in front of a sibling couple for the first time, did you have to go against your own prejudices?

As a kid, my mother explained to me that close relatives aren't supposed to have sexual intercourse because their offspring will be disabled. Apparently we had a case like that in our family. From that moment on, there was this taboo in my head, and it remained 'disgusting' until I was confronted with a legal case.

When I sat opposite the first couple, I initially still felt that way. After the first session, I spoke to my colleague who worked on the same case for hours on end. We both concluded that it doesn't matter how we feel, we don't have a right to prohibit anything. And then you slowly lose the reservations you've always had.

There used to be a time when the idea that two men could love each other was 'disgusting'. Once people thought about it in a rational manner, it became accepted and normal. I don't have the right to judge anyone, or send them to prison and least of it all, to prevent them from [loving each other] and from having children.

What's the evolutionary perspective in all of this?

Evolution generally doesn't intend for the same genes to pair. If that happened repeatedly, we couldn't stand the evolutionary pressure anymore. Our genes are supposed to mix - racists would be well advised to have a think about that too by the way. So, because of that, evolution has developed a way in which people who have grown up together won't desire each other.

Then how come the connection between two siblings who are genetically related but have grown up separately is often all that stronger?

Think of two siblings who haven't grown up together and who meet at some point in their adult life. The evolutionary barrier [that they have grown up together] then doesn't exist. Instead, the principle of sexual genetic attraction is in place: they have genetic similarities and feel like brother and sister "in spirit". When they get to know each other and find they enjoy taking hour-long walks on the beach together, there can be a certain 'Hey, we think the same way' affinity and they may fall in love.

But every case is different. Sometimes people know they are half siblings, sometimes they only find out later. Once they learn they are related, questions like 'Am I weird? Am I a pervert? How on earth do I fall in love with my own brother!?' ultimately pop up. There's this incredible fear of revealing oneself to the other person, but once they do, they often find their (half)sibling shares similar feelings. From that point, they are fighting against the rest of the world - for all the wrong, and irrational, reasons.

Are there parallels to homosexuality and homosexuals' fight for equality? Up until 1994, practicing homosexuality was illegal and could easily land you in prison in Germany.

There are very few [100-150] people in Germany who are affected by sibling love. If their lobby was as big as the gay lobby, they'd have been liberalized long ago. Someone would have got up and started a huge fight.

What we see is a dictatorship of the majority. It has nothing to do with basic human rights. Human rights only seem to be valid when the majority is behind them, ready to defend them. They are useless in situations where you'd really need them.

However, today more people are willing to talk about these issues, so things have changed. When homosexuality was starting to become liberalized from 1969 onwards, it still took 45 years until German football player Hitzlsperger was celebrated for his coming-out. You can't stop the train but whether we'll see it reach the destination is a completely different story.

What's your future outlook? Do you think affected people will one day be able to live out their love normally?

I've been working on these cases for eight years now, and opinions are shifting. Eight years ago, there were waves of horror sweeping over me, now there's not a single person who doesn't say at the end of our conversation: 'That [ban] is complete nonsense.'

On a purely intellectual level, nobody would answer the question 'Do you want to prohibit disabled life?' with a yes. But convincing the general population is more difficult, the notion, 'That's disgusting!' is rooted too deeply.