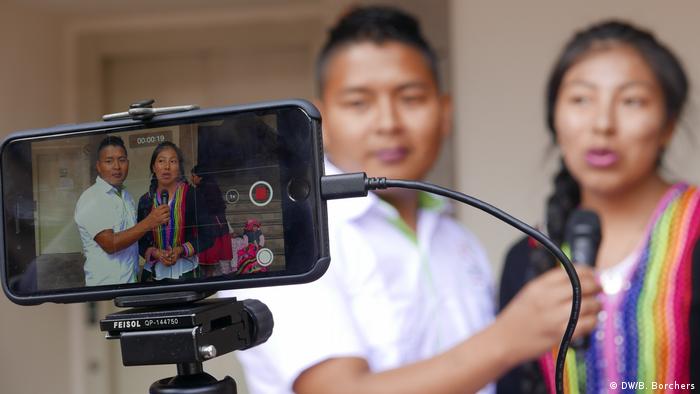 Latin America's linguistic diversity is impressive, with 420 different languages spoken by more than 500 indigenous groups. Many languages, however, are endangered and in some cases only a handful of speakers – mostly elderly – are safeguarding this linguistic and cultural heritage.

The current COVID-19 crisis is disproportionately putting the elderly at risk. This not only threatens a major loss of lives but the resulting loss of knowledge that would otherwise be irretrievable.

Still, there is optimism, given that a new wave of young and digitally savvy indigenous activists, journalists, and media practitioners has entered the scene. In Latin America, DW Akademie supports indigenous media and journalists in increasing their presence and representation not just through traditional media such as radio or print but through innovative use of the Internet. 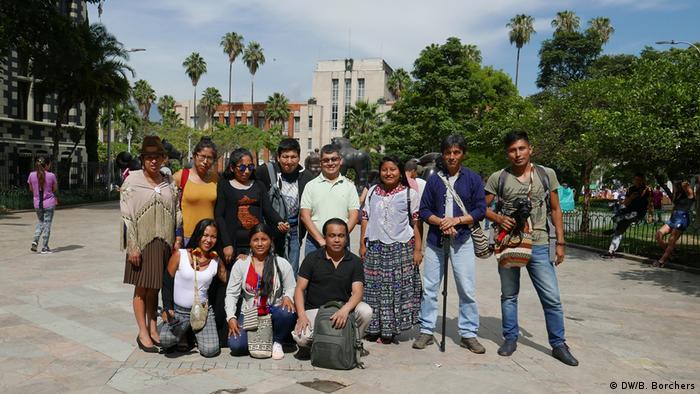 It began with a journey: Indigenous media makers join forces

From August to October 2019, a group of 13 indigenous journalists and communicators from five Latin American countries toured three major Latin American events that focused on journalism, indigenous communication and the Internet. The group reported on the festivals, providing digital coverage primarily on social media platforms and from a perspective as indigenous journalists. The group also took part in panels and ran workshops.

In celebration of the International Day of the World’s Indigenous Peoples, we spoke with group members about insights they had gained and how the pandemic is affecting their work.

Every year, the city of Medellín hosts Festival Gabo, a prestigious journalism event that celebrates the best of Latin American journalism with panels, workshops, presentations, and a glamorous ceremony. This was the group's first stop and was not just a novelty for them. It was also the first time that indigenous reporters and media practitioners had been involved in the festival and found themselves in the spotlight of media teams covering the entire event. The result was a positive reflection of the presence of indigenous media in non-indigenous spaces. "It's in our interest as indigenous peoples that major conventional media become familiar with the ways in which indigenous peoples communicate," said Estivel Cuene from Colectivo Cosmovisiones in Colombia. 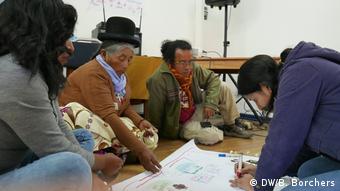 The group then traveled to take part in the International Encounter of Indigenous Communication in Cusco, Peru, an important meeting that brings together indigenous communicators and journalists from throughout Latin America. For several days they exchanged strategies and methods for tackling the challenges facing indigenous communication traditions. Luis Alberto Segovia is a reporter from Ecuador and reports for the community station Radio Iluman in his native language, Kichwa. Describing the impact the peer-exchange had on him, he said "I came back with a new enthusiasm and a desire to work even more in our own language." 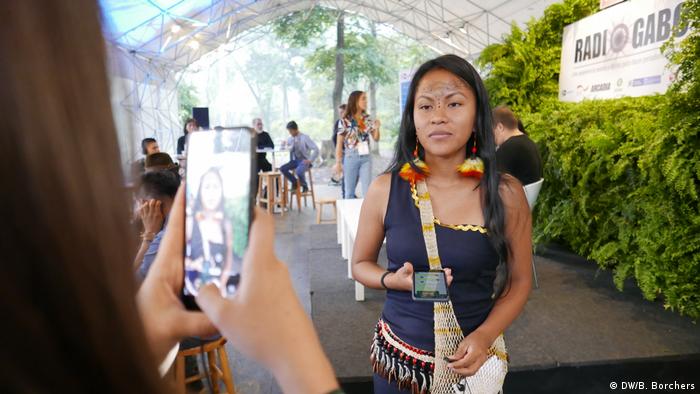 A new wave of young and digitally savvy indigenous activists, journalists and media practitioners has entered the scene

The group's third and final stop was Guatemala City, where they attended the Latin American Festival of Indigenous Languages on the Internet - a key regional event supported by DW Akademie. For several days, the event showcased projects and initiatives promoting indigenous languages in online spaces, and gave experts and media practitioners from throughout the region an opportunity to exchange ideas. In a special side-event, 60 activists working with indigenous languages together created new strategies to include more indigenous languages online. 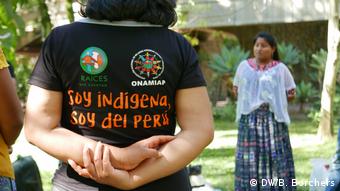 Proud to be indigenous

A few months after returning to their organizations and radio stations, the participants faced an entirely new set of challenges in their daily work - as journalists do worldwide. Latin America is currently one of the COVID-19 hotspots, and indigenous populations have been especially hard hit. 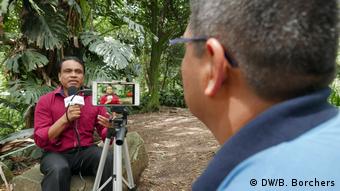 Luis Salazar is a trainer and technician for the community media network, CEPRA. "As community reporters," he said, "we're used to interacting with people on the street. We're now having to find new ways for this and are exploring new apps, programs and servers."  And Luis Alberto Segovia from Radio Iluman in Ecuador pointed out that many community radio stations are currently producing their programs remotely from home, with reporters and presenters sending audio files via chat apps. "We don’t really go into the studio anymore, everything happens via WhatsApp," he said.

Yeny Paucar from REDCIP, a network of indigenous community reporters in Peru, said it's been especially difficult to work with older generations not used to interacting via a screen. But this is more important than ever. Documenting elderly people's knowledge and passing it on to others is about more than just preservation, it's about keeping it alive. Indigenous knowledge often lies with just a handful of people, most of whom are elderly themselves. The COVID-19 pandemic is putting this generation particularly at risk, and as a result, their communities' centuries-old languages and traditions as well. 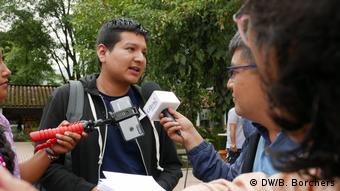 Segovia, Salazar, Pauca and the other ten group members remain in contact and send updates from their respective countries or call each other if they need information. Arnol Piedra, a young journalist working with the indigenous media organization Servindi in Peru stressed he still benefits from this intense journey. "I came back with a long list of international contacts who have helped me in providing information," he said.

Martín Vidal, an indigenous journalist from Colombia and DW Akademie project manager who accompanied the tour, said that going beyond their indigenous communication process, which is often inwardly focused, is a key step toward real intercultural communication. "I would even say that this group is part of a new generation of indigenous communicators that is not only facing the challenge to provide information for their own communities, but to communicate to the whole world."

The project is financed by Germany's Ministry for Economic Cooperation and Development. As a strategic partner of the Ministry, DW Akademie carries out media development projects that strengthen the human right of freedom of opinion and promote free access to information.

Eslendy Grefa from Ecuador: "Yes, indigenous women can do this!"

Indigenous women with smartphones and their own social media channels – does that really go together? Eslendy Grefa says that it does, and that digital tools are essential for her work as a journalist.

The Amazon – The challenge of communicating diversity. The cases of Colombia, Ecuador and Peru.