Landmark election in Greece | Europe| News and current affairs from around the continent | DW | 21.01.2015

Alexis Tsipras, leader of Greece’s leftist opposition, has a good chance of winning Sunday's parliamentary elections. Voters are suffering in the economic crisis and fed up with the traditional political parties. 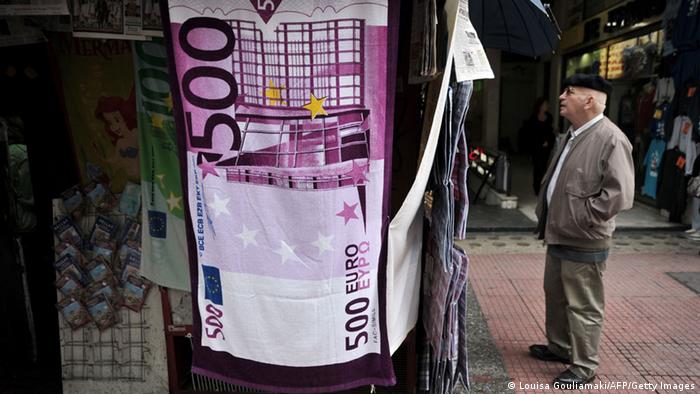 ATsipras victory this Sunday in crisis-ridden Greece would be a historic event: He would be the first leftist prime minister in the country's history.

The majority of Greek people are suffering as a result of the debt crisis and the austerity policies that have been imposed on them since 2010. Dimitris Papadimoulis, a leading politician with Alexis Tsipras' leftist Syriza coalition and vice-president of the European Parliament, told DW: "The Greek people want to finally put an end to the politics of austerity that have destroyed our society and our country."

Papadimoulis stated that in the past five years the austerity program prescribed for Greece had cut the country's economic output by 25 percent and createdrecord unemployment of more than 25 percent, with every second young person now out of work. And yet, the left-wing politician complained, Greece's debt has not decreased over the past few years: On the contrary – it has increased.

Since the extent of Greece's debt crisis became apparent in 2010, the country has received a total of 240 billion euros in financial aid in order to avert bankruptcy and secure the refinancing of outstanding debt. 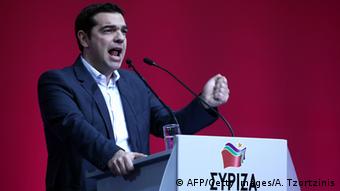 In return, the finance providers – the European Union, the European Central Bank (ECB) and the International Monetary Fund (IMF) – insisted on a strict austerity policy and extensive economic and administrative reforms. The bailout program was supposed to expire at the end of 2014.

However, the final credit installment of 1.8 billion euros has not yet been paid out, as there were problems with the implementation of reforms agreed under conservative prime minister, Antonis Samaras.

The leftist coalition has promised that if it wins the election it willrenegotiate the terms of the savings program. It also wants Greece's creditors to agree to debt relief. Giorgos Kyrtsos, a member of the European Parliament for the governing conservative party, warned that if Syriza does this Greece may well have to leave the Eurozone. "In that case you have the danger of a so-called 'Grexit' – the possibility that Greece will be forced to leave the euro because otherwise the country's economy simply can't function," he said.

Syriza is trying to ridicule such fears. Alexis Tsipras, the opposition leader, has been proclaiming at election rallies that January 25th will see not a Grexit but a Samaras exit.

Difficulty of forming a government 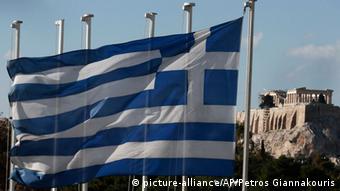 Greece faces an uncertain future - even after the election

But a swing to the left won't all be plain sailing. Days before the election, all the polls put Syriza ahead of the conservative Nea Dimokratia party, but its lead is not unassailable. Furthermore, if the Left do win they will be dependent on coalition partners, as they will not have an absolute majority in parliament.

Conservative politician Giorgos Kyrtsos sees four possible options for the future of the country, all of which he considers equally likely. The first: "The conservative party confounds the opinion polls, wins the election and forms a new coalition government; then the economy picks up, too."

Second: "Syriza wins, forms a left-wing government, and they cut ties with the finance providers, which could result in Greece leaving the euro."

Option three: "Syriza wins, and backs away from its declared policy, which would bring internal party conflicts to the fore."

And the fourth option, according to Kyrtsos: "It becomes impossible to form a government, there has to be another election, and we lose a lot of time that we simply don't have."

Hopes, fears for the future ahead of Greek poll

The early parliamentary elections in Greece are polarizing the country. Some Greeks are worried about the stability of their land, while others want to see a radical political change after the vote on January 25. (19.01.2015)