The City of Paris dumped French-Swiss group LafargeHolcim as supplier of sand for the makeshift "Paris Plages" beach - because the company wants to build US President Donald Trump's controversial border wall. 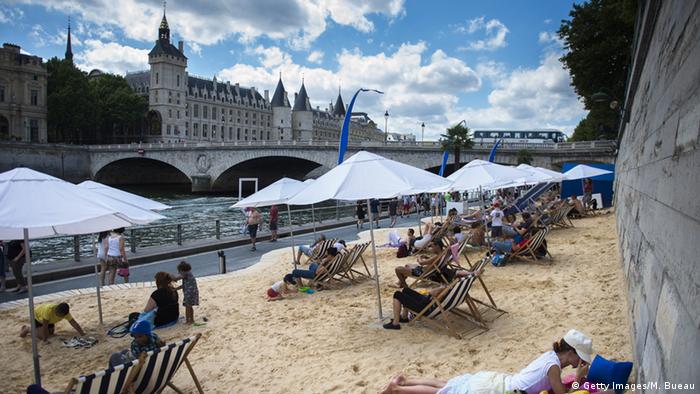 "We will do without their services," Paris Mayor Anne Hidalgo's deputy Bruno Julliard told the city council, citing Lafarge's readiness to "work on the nefarious project" of a wall along the US-Mexico border. The council later backed the decision in a vote.

Paris uses over 3,000 tonnes of sand to convert a long stretch of the north bank of the river Seine into a makeshift beach every summer.

Julliard said the decision to drop Lafarge was in keeping with "the ethical commitments that Parisians can expect from the city".

Ecologist lawmakers had pressured Hidalgo, a Socialist, to break off ties with the cement giant after the company appeared last month on an official list of companies interested in participating in the wall project.

The 2,000-mile (3,200-kilometre) anti-immigrant barrier which Trump promised during campaigning is expected to cost at least $15 billion (14 billion euros).

LafargeHolcim's CEO Eric Olsen confirmed to AFP that he was ready to supply materials "to all types of infrastructure projects in the United States."

"We are the leader in cement, so we supply all our customers," he said. "We are here to support the building and development of the United States," he told AFP in a March 9 interview.

LafargeHolcim was created in 2015 by the merger of French cement manufacturer Lafarge and its Swiss counterpart Holcim. The company hopes to be one of the big winners from Trump's planned infrastructure spending boost.

The world's largest maker of building materials, LafargeHolcim, admitted it was engaged in "unacceptable" practices at one of its now closed plants in Syria. The announcement came after a thorough internal probe. (02.03.2017)