Labour Party conference: Calmer than expected, but divisions remain | Europe| News and current affairs from around the continent | DW | 30.09.2015

At the first party conference since hard-leftist Jeremy Corbyn won the leadership, the tone was conciliatory – but how long will this last, wonders Samira Shackle from Brighton? 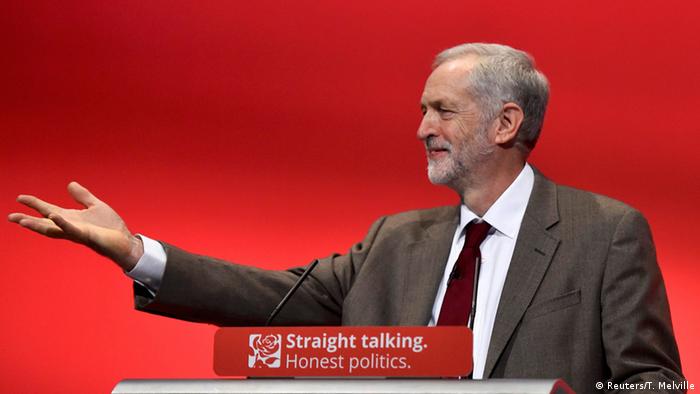 It is not often that there is genuine excitement about a Labour Party conference. But as delegates gathered in Brighton this week after the shock victory of veteran left-winger Jeremy Corbyn in the leadership race, the country was watching.

Party conferences in the UK serve two purposes. They are an opportunity for ministers to address the party faithful and set the agenda for the year to come. They also provide a chance to make big policy announcements and give a sense of their priorities to the gathered media and the public watching at home. While Corbyn's leadership victory has been viewed with trepidation among his parliamentary colleagues, it has prompted a surge in membership – around 50,000 people joined the Labour Party in the week after his election.

“The conference was extremely alive with debate,” says Ellie O'Hagan of the think tank Class. “Many ordinary members came specifically to debate new policies and ideas about a progressive direction for Labour and how it could benefit Britain. Since our foundation three years ago, Class has been promoting public ownership, reducing inequality, and better working conditions. These policies were very popular and received greater attention at this conference than in previous years.”

After a fortnight of controversy over shadow cabinet appointments and tension between left and right wing factions within Labour, Corbyn and his shadow chancellor John McDonnell faced a difficult balancing act. They aimed simultaneously to calm anxiety among the parliamentary Labour party (PLP), who overwhelmingly voted for other candidates, and to speak to the droves of supporters who swept Corbyn to his landslide victory. 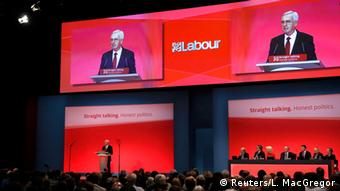 "I think what we have seen at the conference is an inevitable consequence of the distance between the Labour PLP and many of the activists who voted for Corbyn,” says James Bloodworth, editor of the blog Left Foot Forward. “During the day to day running of the opposition, Corbyn has to work with his parliamentary colleagues; he also has to have a functioning shadow cabinet. This means that he has to moderate his message somewhat to accommodate more centrist colleagues in the PLP. I think we've seen this shift in positioning most clearly in McDonnell's announcement that Labour would 'live within its means' and balance the books. The danger with this more moderate positioning is that it has the potential to alienate some of the activists who backed Corbyn for the Labour leadership and who want a more ideologically pure message. The cries of 'betrayal' haven't materialized yet, but it's a danger for Corbyn moving forward."

Before Corbyn's victory, many analysts predicted a split in the Labour Party, or ‘purges' of Blairite MPs on the right of the party. There seems to be little appetite for that. “The most surprising thing about this conference has been the conciliatory tone, both from the new cabinet and those with the potential to undermine or destabilize the leadership,” says Charlie Cadywould, researcher in citizenship and political participation at the think tank Demos. “Corbyn has been keen to promote his brand of ‘new politics', awarding MPs unprecedented scope for public dissent, although it is probably borne more out of necessity than principle. It was also good to see Corbyn keeping his commitment to give ordinary party members more say, something that had been on the wane across all the main parties in recent years.”

While this policy of allowing MPs and shadow cabinet members to publicly differ in opinions might be working at present to allow the front bench to operate, there is a question mark over how long this can last. When it comes to contesting elections, the accepted wisdom is that parties need to speak with a united voice. “While it's important that the Party is having a debate about its future and allowing for disagreements, ultimately it will have to come to a common position on key issues if it is to present a credible vision to the electorate,” says Cadywould. 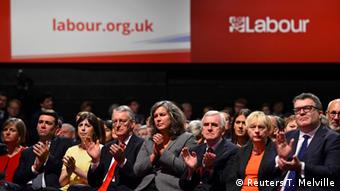 The fact remains that there are major differences of opinion among senior Labour politicians on some key issues. “The Labour conference was a tale of battles deferred,” says George Eaton, political editor of the New Statesman magazine. “Defining debates over Trident and economic policy have been left unresolved. “Corbyn has compromised on EU membership, Nato and Syria. But his speech showed his unambiguous desire to transform Labour into a party of economic collectivism and unilateral nuclear disarmament. Over the next year, the divisions between MPs and activists will sharpen. The fear of Corbyn's opponents is that they will be blamed should he fail his early electoral tests, forcing the issue of reselection on to the agenda. In these febrile times, one of the iron rules of politics remains that divided parties don't win elections. Corbyn will find it ever harder to bridge the chasm between the party's rival factions.”

The tagline of the conference was “straight-talking, honest politics” and Corbyn emphasised the message that he means to do things differently. Whether this is sustainable remains to be seen, but the gathering was certainly calmer than some had predicted. “This conference hasn't been the scene of public infighting that many had expected,” says Conor Pope, staff writer at the blog Labour List. “Unlike the internal Labour wars of the 1980s, and Neil Kinnock's famous speech about the Militant Tendency, there may not be a single moment people can point to as a defining moment of the new split. Instead, any battles will probably be interminable to watch - carried out behind closed doors at Labour Party meetings, members fighting it out, line by line, over endless motions, items and orders. The power now lies with those who have the best working knowledge of the party's rulebook.”

Jeremy Corbyn, the newly-elected leader of the opposition Labour Party, says he won't lobby for Britain to leave the EU. In an opinion piece for the Financial Times, Corbyn advocates a new economic doctrine for Europe. (17.09.2015)

The UK's new Labour Party leader Jeremy Corbyn has called for an end to "theatrical" debates during the weekly parliamentary question session with the PM. He said it was his job to speak up "for ordinary people." (16.09.2015)