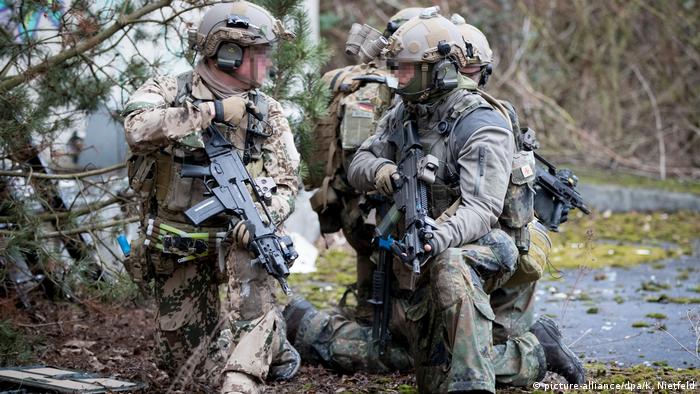 The German Defense Ministry has dissolved an elite wing of the armed forces due to allegations of far-right extremism within its ranks, it announced on Thursday.

Plans to dismantle the 2nd company of the Special Commando Forces (KSK) were initially announced four weeks ago by Defense Minister Annegret Kramp-Karrenbauer.

The move is part of wider measures to combat right-wing extremism within the armed forces.

The KSK has been part of the German Army, the Bundeswehr, since 1996. The group focuses on anti-terrorism operations and hostage rescues from hostile areas. Its members have served in Afghanistan and the Balkans, but its operations are kept secret.

It came under fire after several scandalous incidents, including one party in April 2017 where soldiers played with pig heads while listening to extreme-right rock music and performing the banned Nazi salute.

In May 2020, police raided the home of one soldier in the 2nd company and found explosives and ammunition stashed underground.

The KSK has around 300 soldiers and several hundred additional staff. Some soldiers will be transferred to other KSK companies, according to the ministry.

The remaining KSK soldiers have been given until October 31 to prove themselves worthy of the institution.

Kramp-Karrenbauer has warned that the entire KSK might be dissolved if the problems continue.

Author and Bundeswehr expert Thomas Wiegold told DW earlier this month that the minister was "trying to get rid of those toxic parts in this unit without disbanding the unit as a whole, without destroying the capability they need."