Kristina Vogel: ′When the world isn′t nice for everyone it annoys me′ | Sports| German football and major international sports news | DW | 15.04.2021

Kristina Vogel: 'When the world isn't nice for everyone it annoys me'

Kristina Vogel is set to realize her dream of going to the Olympic Games in Tokyo, but not the way she had originally planned. 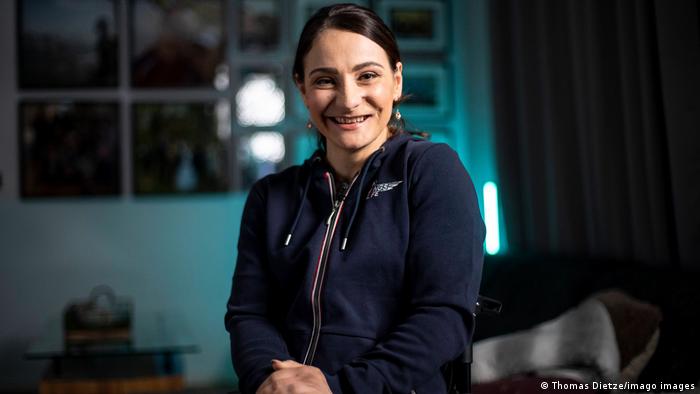 Kristina Vogel was the queen of her sport, having been both a world and Olympic champion in track cycling. The Tokyo Games and a third Olympic gold medal were next on the list.

Then, in the summer of 2018, she suffered a serious accident in training that left her paraplegic, and just like that, it was all over.

"I mustn't cry like a girl now," was the first thought that came to her mind as she lay curled up on the track. It wasn't long before the realization hit home that her racing career was over.

Today, when she speaks about her life in a wheelchair, she does it without batting an eyelash. "It is what it is," Vogel tells DW.

She has learned how tough life can be, she says, "but at the end of the day, it's all about what we make of it. It's my choice whether I am going to be happy. I want to go out, have fun and live my life."

The only thing that's different from her life before the accident is that she now does all of those things in a wheelchair. She says that having been an elite-level athlete was a big advantage as she fought her way back to leading a life that as closely as possible resembled the one she led before the accident.

"It was 50-50 whether I would even survive this," she says. "Sometimes an accident is kind of a job you just have to do."

Still, there is one thing that riles her up: "When the world out there isn't nice for everyone, but only for one group, it annoys me," she says.

She's referring to facilities or buildings that have not been made wheelchair-accessible due to concerns such as heritage preservation. Inclusion has not yet arrived everywhere, she says — which is one of the reasons she sits on the Erfurt City Council. 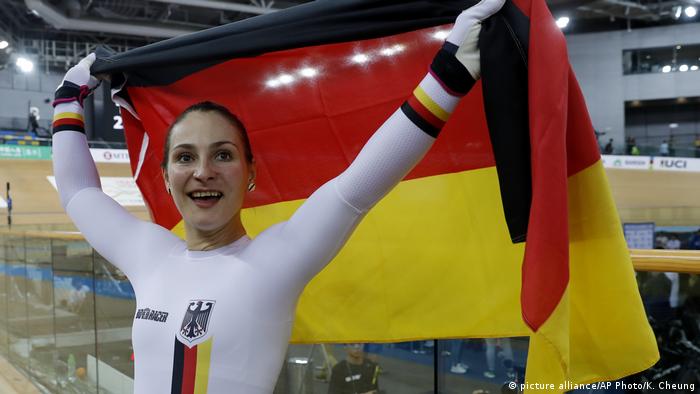 Track cycling: 'The coolest sport in the world'

The career of a professional athlete only lasts a few years and Vogel's was over much sooner than she had planned.

Despite once sitting in a canoe and trying her hand at archery, a career in competitive sports for people with physical disabilities was never an option for Vogel.

Her only love is track cycling, which is why she is now working as a coach. Her eyes still sparkle when she talks about the "coolest sport in the world."

That tangible passion hasn't gone unnoticed either — German public broadcaster ZDF recently made her one of its commentators for the Olympic Games in Tokyo.

With several weeks to go before the Games, Vogel is confident about how her former teammates will fare.

"All of the German women have a chance to win medals in Tokyo. And they will win. The only question is how many and what color," she says.

Among these are her "successors," as she puts it — sprinters Lea Friedrich, Emma Hinze and Pauline Grabosch. "They can all attack at the front." 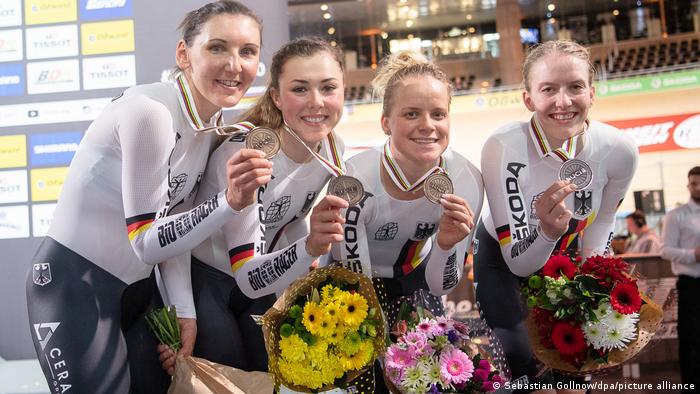 But Vogel also has her eye on the German women's four of Lisa Klein, Lisa Brennauer, Franziska Brausse and Gudrun Stock. The quartet took bronze at the track cycling world championships in Berlin in the winter of 2020, Germany's first medal in the team pursuit in 12 years.

"They've all done great over the past few years. It's so much fun to watch them," Vogel says.

Coronavirus continues to cast a shadow

Tokyo will be a very different Games than the 2012 edition in London and Rio in 2016 — as organizers have already announced that no foreign spectators will be allowed to attend.

After Tokyo, another challenge awaits Kristina Vogel. She is planning to apply to study to become a licensed coach.

"Getting a little smarter isn't stupid either," she says with a wink.