Krass, Babo and Fuzzi: 500 years of youth slang in Germany

While some youth language may come and go, other "cool" terms date back hundreds of years in the German language. And many actually enter German vocabulary from other languages, especially today. 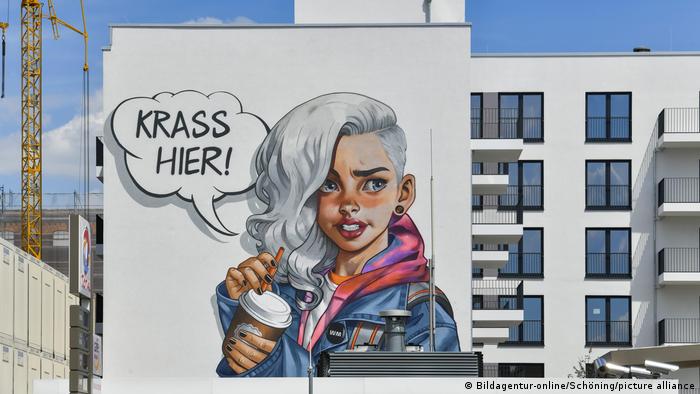 Young people have always developed their own kind of language as a means of identifying with each other and distinguishing themselves from the adult world. In fact, younger generations often tend to cringe when adults try to imitate the way they speak.

"For my pubescent children, I'm an embarrassment no matter what I do," author Matthias Heine said in an interview with Germany's Bayerischer Rundfunk public broadcaster. He's the author of the book "Krass — 500 Jahre deutsche Jugendsprache" (translation: Crass — 500 Years of German Youth Language), which explores how young people speak.

The author stresses that youth language is by no means a phenomenon of modern times. Back in the 17th century already, students cultivated their own special jargon, and things are no different in the age of the internet and influencers.

In general, adults tend to be suspicious of the younger generation's language code, Heine writes in the preface to his book: "Youth language is perceived by most people as a form of modern decay, which at best is annoying, but at its worst contributes to the destruction of the German language," Heine writes.

'Krass' has been around for almost 300 years

On the other hand, the author discovered that many terms used among German youth as slang have a much longer shelf life than is generally assumed.Languages take shape over millennia, with some ideas surviving and others falling by the wayside with the passage of time. 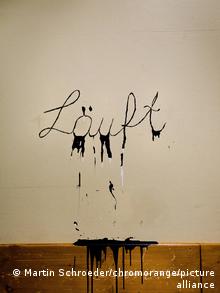 In 2017, "Läuft" became the Youth Word of the Year, meaning that things are moving in the right direction

Heine explains that grade-school-age daughters say things like "Ich hab keinen Bock" (translation: I am not in the mood) and "geil" (translation: incredible), which are terms he himself used back in the 1970s.

Even the term "krass" (translation: crass) has been around a long time, as students are known to have used it in the 18th century. Back then however, the word was derived from the Latin term "crassus" (thick, coarse, clumsy), and had quite the opposite meaning: it was used to refer to inexperienced and naive freshmen entering the ranks of academia.

"You don't stop using youth language when you turn 18," Heine explains. And so it is not surprising that terms once coined by students and schoolchildren have become part of everyday language. Even German national poets like Johann Wolfgang von Goethe and Friedrich Schiller have used expressions in their works that they had once learned in their respective youths.

The starting point of Heine's research was the 16th century since written sources about youth language have only survived since then. At that time, the way that students lived the university towns of Halle, Jena and Giessen was considered a model for young people — even if the students were not always on their best behavior. In fact, they were known for drunken brawls and trouble with the police. 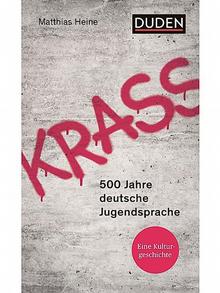 But many German terms that are no standard use date back to their misbehaviour — such as "Skandal” (translation: scandal) or "verdonnern” (translation: to be condemned). Many of the more unusual German prefixes also hail from this era, such as the use of the prefix "sau" for saukalt (translation: freezing cold) or "Sauklaue” (translation: terrible handwriting), with "sau" actually meaning meaning sow, as in the female pig.

These trees continued into the 20th century, when the use of the word "Bullen" (actual meaning: bulls) was first used to refer to the police. Later in the the 20th century, musicians had a major influence on young people and their use of language. The hippie generation introduced many terms from the English language into German language: terms like "joined” and "stoned” are used also in language to talk about the use of certain illicit drugs.

German rock star Udo Lindenberg even invented his own word: Fuzzi. This term is used as a compound noun to describe a random person and his role or job. So "Werbefuzzi" would mean something like "that advertising guy," as "Werbung" mean advertising. And they've all got another thing in common: over the years, they've all made their way into the Duden — Germany's leading thesaurus and authority on the language.

Cringing with your BFF Babos

In the 21st century, immigrants to Germany and their descendants have had a major role in shaping youth language. The role of German rap music has played a particular role in this, with terms like "Babo" (meaning boss) even winning the title of the annual list of "German youth word of the year."

Heine adds that there is one more trend that has historically been unusual in German youth culture and its influence on language: historically, it was the young mal population coming up with their "babos" and "fuzzis" while perhaps enjoying a "krass joint." But more recently, girls have been responsible for some of the newer terms making their way into everyday use in German language, such as "BFF" — especially on social media, where many think of themselves as "influencers," which has also become a standard German youth term.

And even "cringe" has made the cut and has found its way into German, which is probably exactly the way that young people feel when they read an analytical piece like this on their use of language.

This article has been translated from its German original by Dagmar Breitenbach.