Several ethnic Serbs and police have been injured in clashes after an operation targeting smuggling gangs in northern Kosovo. Regional tensions remain high after a standoff between Serbia and Kosovo over border controls. At least 10 Serbs and six police officers were injured on Wednesday in clashes that broke out after police carried out raids on suspected smugglers in an ethnic Serb area of northern Kosovo.

The incidents come at a time when relations between Kosovo and Serbia are particularly low after a row in September sparked by Kosovo's ban on cars with Serbian registration plates, which came in response to Serbia's similar yearslong ban on vehicles traveling the other way.

What happened on Wednesday?

The head of a hospital in the town, Zlatan Elek, said one ethnic Serb suffered serious gunshot wounds and several others were lightly injured.

Mitrovica is split in two parts, with Serbs in the north and Albanians in the south.  The nearby town of Zvecan also saw clashes. 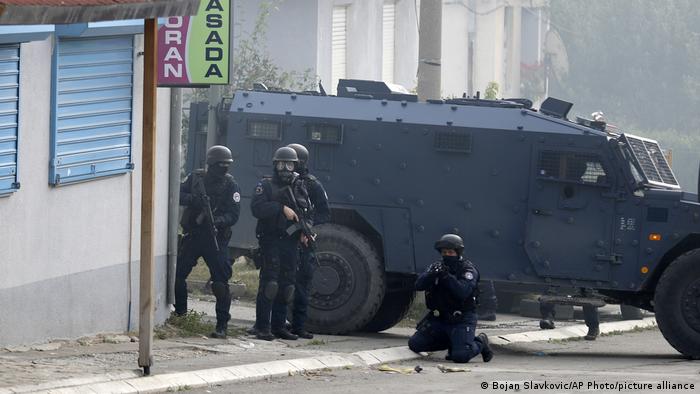 A number of police were also injured in the clashes

What were the raids?

According to the police, Wednesday's operation targeted suspected smugglers in the capital, Pristina, the town of Peja, and both South and North Mitrovica. They said eight arrests were made, three of them in North Mitrovica.

Interior Minister Xelal Svecla said the police operation was "not directed against any nationality."

A police statement said the raids were carried out at several locations and that smuggled goods worth "hundreds of thousands of euros" were seized. 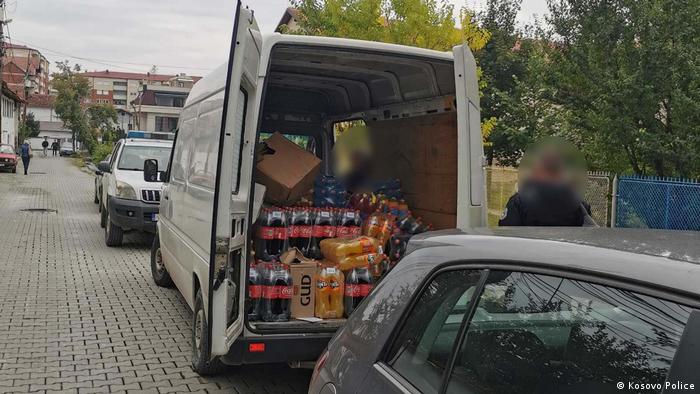 Serbian President Aleksandar Vucic traveled to the southern Serbian town of Raska near the border with Kosovo immediately after the incidents on Wednesday. There, he assured Serbs from northern Kosovo of Belgrade's support.

"In that struggle in which we have to protect the lives of our children ... we will not only protect them, but we will win," he said.

Kosovo Prime Minister Albin Kurti said: "Crime and criminal groups will not be tolerated and will be fought. We will fight and stop the smuggling."

The European Union's top diplomat, Josep Borrell, called for an immediate end to the violence, adding that all "open issues must be addressed through the EU-facilitated dialogue" between Belgrade and Pristina.

"Unilateral and uncoordinated actions that endanger stability are unacceptable," Borrell said on Twitter.

Why are there tensions between Kosovo and Serbia?

Kosovo, once a Serbian province as part of the former Yugoslavia, declared its independence from Serbia in 2008. However, Serbia continues to consider it a breakaway region, even though almost only ethnic Albanians live there.

About 50,000 Serbs who remain in the northern part of the country still see Belgrade as their capital, refusing to recognize Kosovo's government in Pristina.