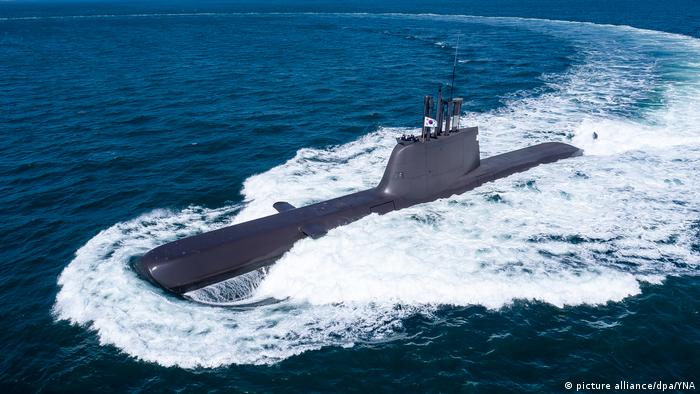 An image of a South Korean Type 214 diesel-electric submarine

South Korea has confirmed that it is considering developing a nuclear-powered submarine after Kim Jong Un declared at the recent Workers' Party Congress in North Korea that he would "advance national reunification through a strong military power" — and boasted of deploying hypersonic missiles, spy satellites, multi-warhead intercontinental ballistic missiles and the North's own nuclear-powered submarine.

Responding to a question at a press conference in Seoul on Monday, Defense Ministry spokesman Col. Moon Hong-sik said a final decision has yet to be taken but that a nuclear-powered vessel could be "pushed for after a comprehensive review of our technology level and defense budgets."

The concern, say analysts, is that North Korea is provoking an arms race with its southern neighbor and, potentially, Japan, as it demands concessions from the international community on the sanctions that have hampered its economic and military development since the North conducted its fourth underground nuclear test in March 2016.

"North Korea's ambition is to gain the recognition of the United States as a 'great power' and they have decided that the best way to do that is to build up their nuclear and missile arsenals — even if that means that they have to neglect everything else in the country," Garren Mulloy, a professor of international relations at Japan's Daito Bunka University and an authority on defense issues, told DW. 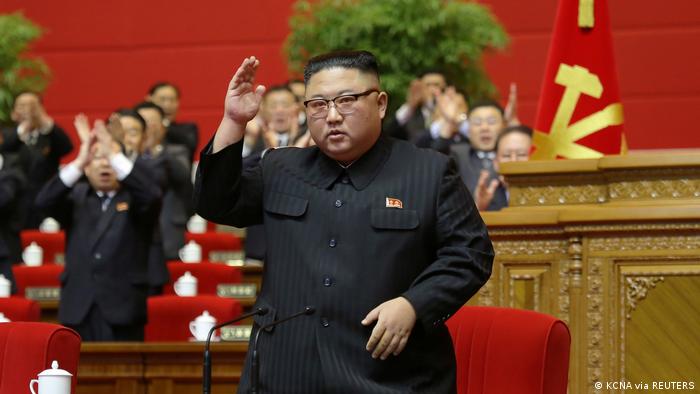 In his speech at the party congress, Kim mentioned nuclear weapons no fewer than 36 times

"The big fear for the North is a preemptive strike by the US and one way of preventing that is by having nuclear-powered submarines capable of launching ballistic missiles," he said. "These boats are very difficult to detect, especially in the deep waters of the Pacific, and they would present a real threat to the mainland US."

There are, however, a number of very large caveats in Pyongyang's plans to develop and deploy such a submarine, Mulloy said.

"The price and obtaining the technology to make a nuclear submarine that is truly silent is a really big technological leap from where they are now," he said. "And if it's not quiet and everyone can track it, then it is not nearly so much of a threat."

Despite the South Korean military confirming that it is considering building a nuclear submarine, Mulloy says the idea makes little sense from a strategic point of view. "I am not sure if this is a realistic plan or merely posturing aimed at the North," he said.

"South Korea is in a security alliance with the US so it has no need of a nuclear submarine in its fleet, particularly given that the most effective submarines in the shallow waters surrounding the Korean Peninsula are small, stealthy diesel vessels that are difficult to detect."

The timing of North Korea's latest belligerent proclamation on its weapons programs is clearly linked to the imminent swearing in of Joe Biden as the next president of the US, say analysts.

In his speech at the party congress, Kim mentioned nuclear weapons no fewer than 36 times, while there was no mention of moves towards denuclearization that had been proposed at the height of the thaw with the South and the US in 2018.

Hope for peace between North and South Korea wanes

"Far from offering an olive branch to the incoming Biden administration, Pyongyang is promising to take its nuclear weapons development to the next level," Leif-Eric Easley, an associate professor of international studies at Ewha Womans University in Seoul, told DW.

"Kim Jong Un takes credit in his domestic politics for strengthening national defense and tries to paint North Korea as a responsible nuclear power. He insists it's up to Washington to improve relations by abandoning the 'hostile policy' of multiple US administrations."

And instead of meeting its commitments and complying with UN Security Council resolutions, Pyongyang has been demanding an end to sanctions as well as joint US-South Korean military exercises that it falsely claims are a precursor to an invasion of the North, he said.

Yet Easley is confident that there is more than a degree of bluff in Kim's military wish-list.

"North Korea's plans are not realistic because they do not connect means and ends," he said. "It's one thing to present an ambitious list of economic and military goals — but quite another to pay for and implement them."

And while Pyongyang offered in previous rounds of talks to give up assets that it no longer needed, such as the aging nuclear facilities at Yongbyon, "it is now advertising assets it doesn't yet have" in an effort to win concessions, he said.

Yet Kim's threats have provoked concern in the South, not only within the military but also among the civilian population.

An editorial in Wednesday's edition of the Korea Herald called on the South Korean government to "stop clinging blindly to dialogue as North Korea seeks formidable weapons" and accused the administration of President Moon Jae-in of falling for Kim's ploy of negotiations that the North had no intention of concluding but used to further develop advanced weapons systems.

"The South's submissive attitude to curry favor with Kim only instigates him to act more boldly," it said. "The South cannot protect its security that way." The solution, it concluded, is to meet the North's military buildup with similar moves.

Containing North Korea is a priority for Washington and Seoul. However, Joe Biden's foreign policy should offer more stability than his predecessor's promises of "fire and fury" aimed at the Kim regime in Pyongyang.