A map collection used by British monarch King George III has been made available to the public. The collection includes maps from famous events like Napoleon's defeat at Waterloo and the American War of Independence. 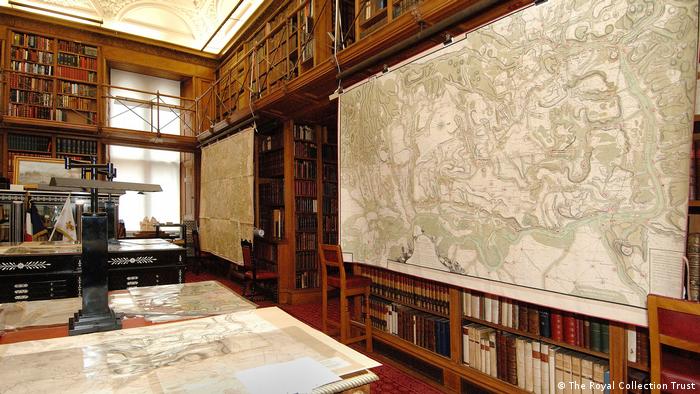 Over 3,000 military maps and prints used by King George III, who ruled over Britain from 1760 to 1820, were made available to the public for the first time ever on Wednesday.

Travel back in time

The maps provide an interesting glimpse into some of the many military actions that took place during George III's reign. 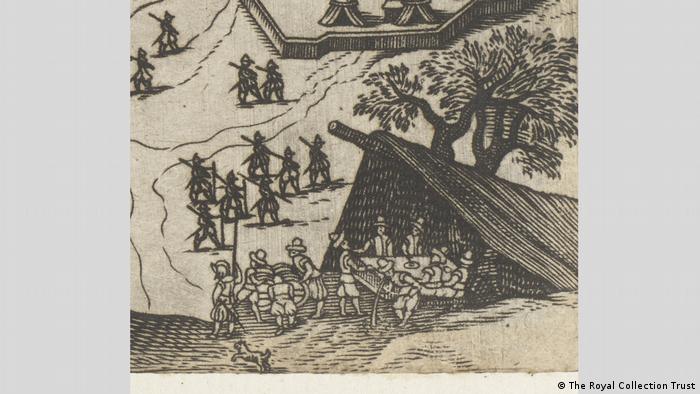 A print depicting the Siege of La Rochelle of 1627-28, a key event in the war between the Catholic royal family and the Protestant Hugenots in France

Despite never leaving the south of England or seeing battle first hand, the monarch oversaw a period of substantial military activity in Britain, Europe, and the Americas. The collection includes material from the Seven Years War, the American War of Independence, and the French and Napoleonic Wars.

With origins dating between the 16th and 18th century, the maps reveal details such as fortification plans and military encampments. Sketches drawn from battlefields and drawings of military uniforms can be found among the prints.

The king that lost America

Interesting examples include a map depicting the Battle of Waterloo, where Napoleon Bonaparte was defeated. Another depicts French and Anglo-German troops facing off in present-day North Rhine-Westphalia in Germany at the Battle of Minden during the Seven Years War. 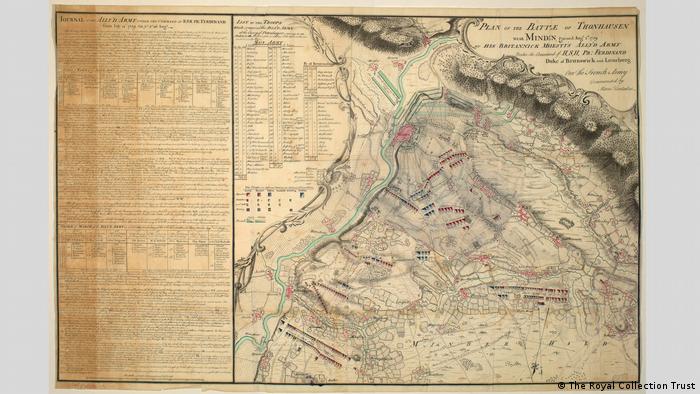 A map depicting the Battle of Minden in the Seven Years War in 1759; the commander of the Anglo-German army which defeated the French forces was later given a major honor by George III's father, George II

Some of the maps from the American War of Independence measure two meters (6 feet, 6 inches) high. The Royal Collection Trust says the massive maps were likely hung on purpose-built mahogany stands where the king would have tracked the progress of the war and watched the colonies steadily break free from British rule.

A map from 1781 depicting Britain's final defeat at the Battle of Yorktown — the last major battle in the American War of Independence— includes an annotation from an American mapmaker that reads, "The Field where the British laid down their Arms."

"It is fitting, and rather moving, that on the 200th anniversary of George III's death we are able to make the King's collection of military maps digitally available to all, offering new insight into his topographical interests and his contribution to the cartographic sciences," said Martin Clayton, the Royal Collection Trust's Head of Prints and Drawings.

From Waterloo to Stalingrad: When battles are fought anew

To see the advancement of Napoleon's troops or the defeat of the Germans in Stalingrad — reenactments make it possible. Famous battles are especially popular with the actors who bring these historical moments to life. (22.08.2019)