Kimi Raikkonen to be replaced by Ferrari protégé in 2019

Two Formula One teams have announced that they are about to swap drivers, with Ferrari getting much younger and Sauber gaining vast experience. The moves are to take place at the end of the current season. 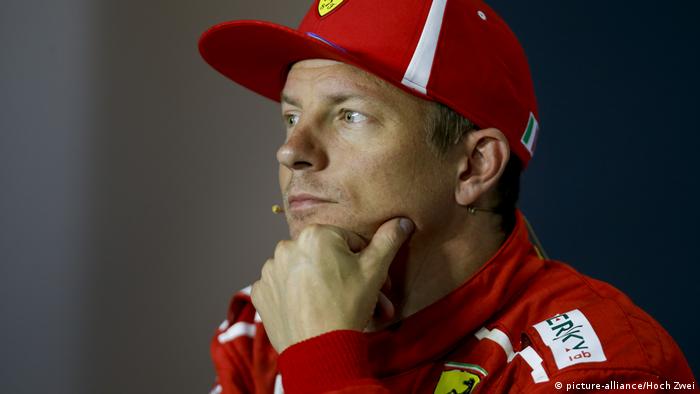 The Alfa Romeo Sauber Formula One team announced on Tuesday that Kimi Raikkonen would join the team for the 2019 season on a two-year deal. This came just minutes after Ferrari announced that the veteran Finnish driver would "step down" at the end of 2018.

In its statement announcing the hiring, Sauber's team principal, Frederic Vasseur, said that with his experience, Raikkonen would "not only contribute to the development of our car, but will also accelerate the growth and development of our team as a whole."

The 38-year-old Raikkonen has started in 287 F1 races, winning 20 since his debut with Sauber in 2001. He subsequently had spells at McLaren, Ferrari and Lotus before rejoining Ferrari in 2014. It was during his first stint with Ferrari, in 2007, that Raikkonen won his only Formula One drivers' championship. He also left F1 in 2010 to spend two years in the World Rally Championship.

His replacement at Ferrari is to be a member of the Italian outfit's driving academy, 20-year-old Charles Leclerc, who has been driving for Sauber this season, his first in Formula One.

The Monaco native, 2016 GP3 champion and 2017 F2 champion, has impressed in his debut season at Sauber, scoring points at five races even in one of the field's least competitive cars. He just missed out on a points finish, coming home eleventh, in the last Grand Prix at Ferrari's home track, Monza.