He protected Kim Jong Il. Today, Lee Young Guk is a human rights advocate for the people of North Korea. He travels the world to talk about his time as bodyguard for the future dictator and father of Kim Jong Un. 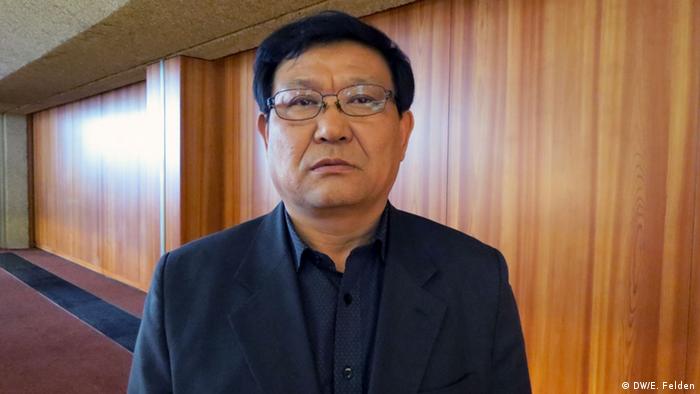 Sometimes, Lee Young Guk was mere meters away from Kim Jong Il. From the late 1970s till the late 1980s, Lee was a bodyguard for the then-future leader of North Korea and spent a decade in close proximity to the country's most powerful people.

Today, Lee lives in the South Korean capital, Seoul, and travels the world to tell his story. On Tuesday, he was in Geneva at the Human Rights Summit. The 54-year-old has a clear mission: to draw attention to the grave human rights violations in North Korea and get current leader Kim Jong Un in front of the International Criminal Court. He wants a conviction for the son of the man he used to protect with his life.

The dissident looked down when he spoke and never at the reporter who was interviewing him. He gestured a lot; his hands were always moving. DW could not independently verify Lee's statements.

Lee was a high school student when he got the prestigious summons to become Kim Jong Il's bodyguard. Back then, all schools participated in a large-scale selection process to find the bodyguards for the son of Kim Il Sung, the founding leader of totalitarian North Korea. All candidates had to go through extensive tests of their bodies, as well their characters.

"The most important factor was your family background," Lee said. "They focused on the question of whether one of your relatives was a political prisoner or had defected to South Korea."

Lee passed all the tests, and after a year he got the job. Before he started, he had to go through training and was somewhat brainwashed, Lee said.

"They told us again and again what a godlike being Kim Jong Il was," Lee said. "In my mind, he was this great person." 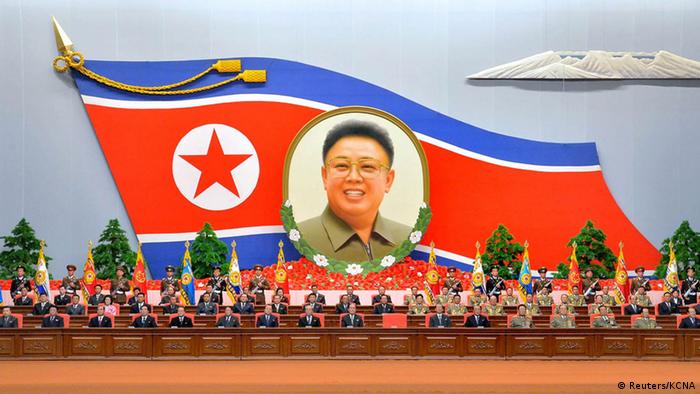 Lee said that impression was quickly corrected when he began working for Kim. At the time, the future dictator was full of energy, exuberant even.

"His language was vulgar," Lee said. "He wasn't the man I had expected at all."

Lee said it wasn't unusual for Kim to start conversations with his bodyguards. The guards, in turn, were fighting for their boss's attention and favor.

For North Koreans, Lee and his fellow bodyguards were doing pretty well. They were taken care of and not starving like the majority of the population was.

Despite the preferential treatment the bodyguards enjoyed, they were always scared. They were afraid of making a mistake and falling out of favor. Even small mishaps could have grave consequences for their entire families, Lee said. Kim was a very moody person.

"He was cruel and had no mercy," Lee said. "If people talked about him behind his back or laughed at him, he had them 'disappear' in the dark of night. Even his close confidants."

Lee said he never killed anyone for Kim.

"My task was protecting him," Lee said. "Others did the killing."

Lee's time as bodyguard came to an end in 1988. He had to leave - not because he didn't do a good job, but because his cousin got the job of Kim Jong Il's personal driver. It was prohibited for two members of the same family to work directly for the Kims.

For the first time in over a decade, Lee left Pyongyang, the ruling family and his golden cage - during all that time, he hadn't been permitted to contact his family. He was shocked by the poverty in the rest of North Korea.

"I saw that basically nothing had changed in the outside world while I was gone," Lee said. "People were still doing as badly as they were before: They were still going hungry or even starving."

"In the media and all the propaganda, it always said that Kim was crying with his hungry people," Lee said. "They said that he wouldn't eat anything either, in solidarity with everyone else."

In reality, Lee said, the Kims were living it up. 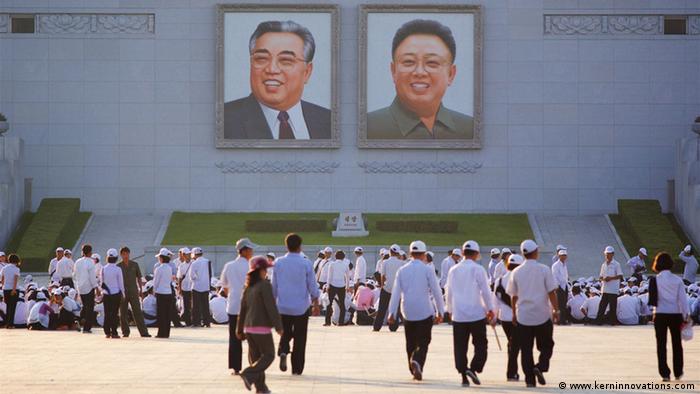 After his job ended, Lee continued working for the government. He used his professional past to get out of the country - he still enjoyed special privileges. In 1994 Lee got a visa to China, from where he intended to flee to South Korea.

Lee's plan did not work. He was sold out by a man who had promised to help him, he said. He was returned to North Korea and sent to the Yodok camp: the infamous penal labor colony No. 15.

"Prisoners were treated like animals," Lee said. "No - worse than animals."

Lee said he ate mice and snakes to survive; there was hardly any other food.

"Every two weeks, many prisoners were selected and executed," Lee said. "The rest of us had to watch, from maybe 10 meters away."

Lee spent four years and seven months at the camp before he was released.

"I never thought of attempting to flee again," Lee said.

But then everything changed. Lee wouldn't say why, but security forces tried to arrest him again. Even though he was wearing handcuffs, he said, he managed to get away and flee across the river that marks the border with China.

Since May 2000, Lee has been in Seoul - a mere 50 kilometers away his native country. He is still afraid of North Korea's regime and worried about being followed and wiretapped at the Human Rights Summit in Geneva.

"But I don't want this to dominate me," Lee said.

That's why he is speaking out. Maybe it's also a way for him to deal with his past. But there is one topic that he refuses to talk about: his family in North Korea. That fear is still too big.

The United States has submitted a draft resolution geared at punishing the North Korean regime for its nuclear tests. Recent actions from Pyongyang have triggered the response officials say China also supports. (25.02.2016)

The North Korean military has threatened widescale attacks on South Korea and US bases in the event of hostile actions. The threats come ahead of the largest annual US-South Korea war games, according to Seoul. (23.02.2016)

Can the latest US sanctions against North Korea work?

The US recently unleashed a new set of measures aimed at reining in Pyongyang's nuclear weapons program. DW examines how effective the latest restrictions will likely be in curbing the North's nuclear activities. (22.02.2016)