Kim Fisher feels at home in Haus Schminke and wants the guests of Night Grooves to do so as well. When she isn’t chatting to someone on the sofa, the singer is happy to provide vocal support. 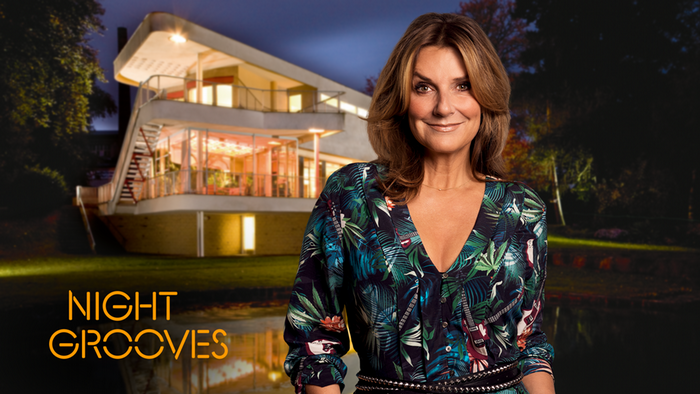 Energetic, spontaneous and good-humored – that’s Kim Fisher. Her warm and open personality is irresistible. So it’s no wonder that in her role as a talk show host, this native Berliner is able to tease closely guarded personal details out of her guests.

But Fisher can do more than talk. She’s also a gifted singer who has performed with the bands Berliner Gala and Fisherfriends in addition to her successful solo career. She also spends time behind the microphone in Night Grooves and is herself surprised at some of the results, e.g. when she sang a duet with Conchita in the first episode. She wasn’t the only one with goosebumps after the final notes of “Rise like a Phoenix.”