KiK verdict: A Pakistani mother wants German retailer to apologize | Asia| An in-depth look at news from across the continent | DW | 10.01.2019

In a DW interview, Saeeda Khatoon, a plaintiff in the lawsuit against German retailer KiK, said she was disappointed by the Dortmund court ruling but will not rest until companies are held accountable for worker safety. 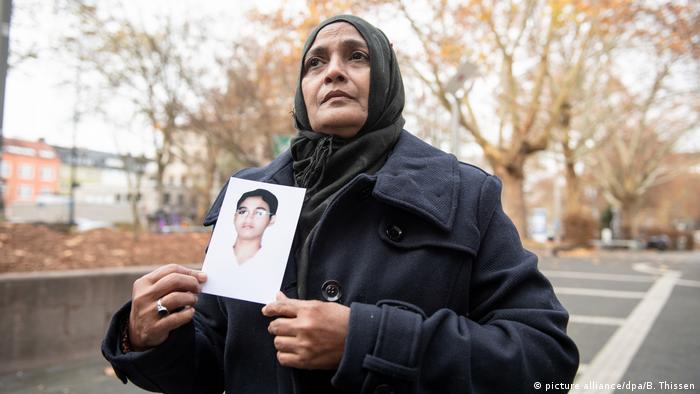 Saeeda Khatoon, a Pakistani woman, lost her teenage son in the September 2012 Karachi factory fire. Over 250 people died when a textile factory in the southern Pakistani city caught fire. The blaze was reportedly able to spread quickly partly because safety standards were blatantly violated by the factory owners, and the emergency exits were blocked or even locked.

The Ali Enterprises garment factory, where the deadly fire broke out, made clothes for the German budget clothing store KiK (Kunde ist König, which in English translates into "Customer is King").

A German regional court in Dortmund on Thursday ruled against four Pakistanis who had sued the German discount clothing retailer KiK for €30,000 ($34,500) each. The plaintiffs, including Khatoon, said the company should have provided them compensation for the pain they suffered and the death of their family members.

Nine people in Pakistan are also reportedly being sued for the fire that broke out at the Ali Enterprises factory after a Pakistani investigation reported that the fire was an arson attack carried out by a local political party. 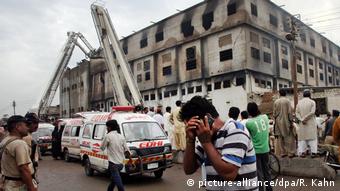 DW spoke with Saeeda Khatoon after the Dortmund court decision on Thursday to get her reaction to the ruling.

DW: What was your first reaction when you found out about the Dortmund court's decision in favor of KiK?

Saeeda Khatoon: I was devastated, to be honest. I thought, how could this even happen? We were very optimistic that the court would accept our case. When I went to Dortmund in November, we received so much love and support from almost everyone. Even the judge's remarks were very positive.

But do you think your case was legally strong?

Yes. We did all the preparations. The lawyers prepared a strong case.

What was your main demand in the case?

We demanded that the victims' families should get more financial compensation. But our main demand was that KiK must apologize to us and pledge that they would take better measures to protect workers in the future.

But why do you hold KiK responsible for the Baldia factory fire? The company says that it was not its fault, and that it was an attack for which they were not responsible.

If it was an attack, then why are the Ali Enterprises owners still at large?

What to make of the Dortmund trial involving KiK

That case is being investigated in Pakistan actually…

Yes, you are right. But KiK is also responsible, because it's a German company. They are more advanced than us. They should have known about the conditions in the Baldia factory. There was no place to exit in the factory. Why they were not concerned about those conditions? My son was burnt alive because there was no exit. Not just him, there were hundreds of teenagers there.

How do you see the overall condition of garment factory workers in Pakistan?

Most factories in Pakistan are not different from the Baldia factory. And that is why we are fighting for all laborers and their rights.

Your campaign has highlighted the issue of corporate responsibility irrespective of today's court decision. What will be your next step now?

I have not lost hope. I have been protesting for six years. Workers all over the world have the right to better conditions. The factory owners are oppressive. The clothing brand do not care. I also demand that the Pakistani government must take measures to ensure better labor rights.

This interview was conducted by Shamil Shams.