Mohammad bin Salman has left on his first foreign trip since the murder of journalist Jamal Khashoggi. The de facto ruler's tour of friendly Arab states began as France slapped sanctions on 18 Saudis tied to the killing. 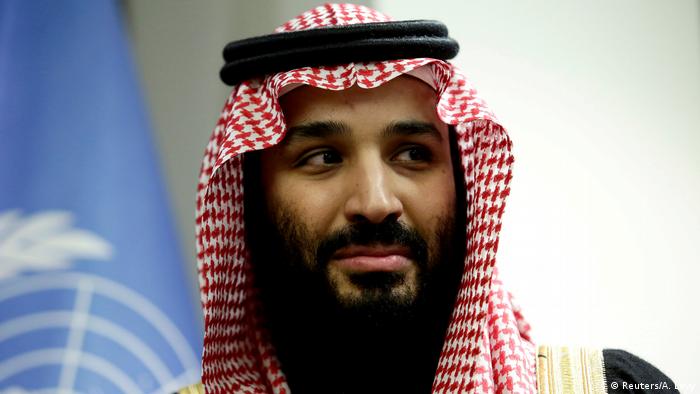 Saudi Arabia's Crown Prince Mohammad bin Salman on Thursday kicked off a tour of allied Arab countries in a bid to improve the kingdom's regional and international relations, state media reported, citing a statement from the royal court.

It is the prince's first trip abroad since the assassination of dissident journalist Jamal Khashoggi inside Istanbul's Saudi consulate on October 2.

His first stop will be close ally and neighbor the United Arab Emirates, Saudi-owned broadcaster Al Arabiya reported. A Tunisian newspaper reported that he was due to visit Tunisia on Tuesday.

The prince is also expected to travel next week to the G20 summit in Argentina, which will be attended by leaders from Turkey, the US and several European countries.

Khashoggi's killing drew international condemnation as well as allegations that "MbS" likely had prior knowledge about the plot.

Saudi authorities have charged 11 Saudi nationals over the murder, while repeatedly denying the royal's involvement. After initially claiming Khashoggi had left the consulate alive, officials later admitted the journalist was killed and dismembered inside the building in a "rogue" operation.

Turkish President Recep Tayyip Erdogan said the order to kill Khashoggi — a Washington Post contributor who often criticized the prince — must have come from "the highest levels of the Saudi government."

A recent CIA assessment leaked to the US media reportedly found that the prince was behind the hit. According to a Turkish newspaper report, the agency's director, Gina Haspel, suggested to Turkish officials last month that she had a recording in which Prince Salman gave instructions to "silence" Khashoggi.

US President Donald Trump, who was briefed by the CIA earlier this week, on Thursday disputed that intelligence officials had definitively concluded the prince's complicity.

Also on Thursday, France announced it had imposed sanctions, including travel bans, on 18 Saudi citizens with alleged links to Khashoggi's murder.

The French Foreign Ministry said in a statement it was acting in coordination with its European partners, particularly Germany, which on Monday also imposed bans on 18 Saudis.

Berlin has also halted all arms sales to Riyadh, a move France has so far resisted — Saudi Arabia is one of the French defense industry's main clients.

"The murder of Mr Khashoggi is a crime of extreme gravity, which moreover goes against freedom of the press and the most fundamental rights," the French ministry's statement said, adding that it expected a transparent and exhaustive investigation from the Saudi authorities.

"These are interim measures that may be reviewed or extended depending on the progress of ongoing investigations," it said.

The US Treasury has imposed sanctions on 17 people, but Trump has said the US would remain a "steadfast partner" of Saudi Arabia.

The US president has defended relations with Saudi Arabia, saying he will not punish Riyadh for assassinating a US-based journalist. Citing "America First" policy, he vowed not to touch arms deals worth $110 billion. (20.11.2018)

Republicans to take on Donald Trump over Saudi Arabia? Don't bet on it

High-ranking Republicans have expressed outrage over Trump's statement on the Khashoggi killing, in which he refused to impose significant sanctions against Saudi Arabia. Will their words be followed by actions? (22.11.2018)