The charges relate to an alleged sexual assault two years ago. Separately, Spacey issued an enigmatic video appearing to respond to multiple sexual abuse allegations swirling around him. 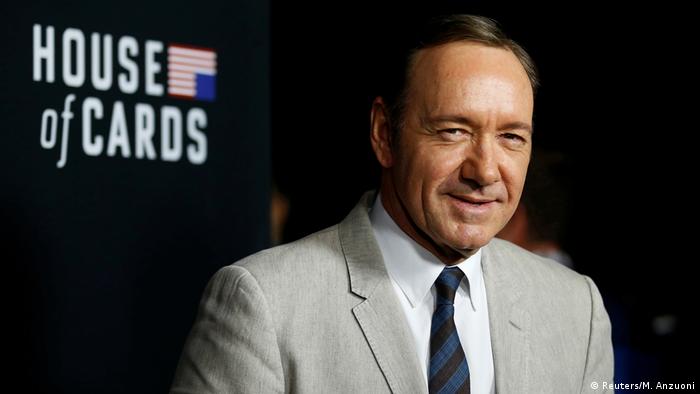 Oscar-winning actor Kevin Spacey was charged on Monday in a Massachusetts court over allegations he groped an 18-year-old man in 2016.

Spacey faces a single charge of indecent assault and battery over the incident, which allegedly occurred at a Nantucket bar two years ago, district attorney Michael O'Keefe said in a statement.

An arraignment on the island is scheduled for January 7.

The criminal complaint follows November 2017 allegations from former Boston television anchor Heather Unruh that Spacey bought her son drinks at a Nantucket bar on July 7, 2016, and then stuck his hands down her son's pants and grabbed his genitals. The legal age to drink alcohol in Massachusetts is 21.

Unruh claimed that her son was "star struck" and lied about his age at the bar. She also said her son was straight.

"He did not report the crime at the time, and that was largely because of embarrassment and fear," she said.

‘Let Me Be Frank'

Spacey and his lawyers did not immediately respond to the charges.

However, the actor released a 3-minute video on YouTube on Monday using the voice of Frank Underwood, his character on Netflix's "House of Cards."

"Oh sure, they may have tried to separate us, but what we have is too strong, too powerful. After all, we shared everything, you and I," Spacey said in the video entitled, "Let Me Be Frank."

"I told you my deepest, darkest secrets. I showed you exactly what people are capable of. I shocked you with my honesty, but mostly I challenged you and made you think. And you trusted me, even though you knew you shouldn't. So we're not done, no matter what anyone says. And besides, I know what you want. You want me back," he continued.

"Of course some believed everything and have just been waiting with bated breath to hear me confess it all; they're just dying to have me declare that everything they said is true and I got what I deserved," he went on.

"You wouldn't believe the worst without evidence, would you?" he asked. "You wouldn't rush to judgments without facts."

"I'm certainly not going to pay the price for the thing I didn't do."

The video constituted Spacey's first comments in more than a year about multiple sexual abuse allegations against him, though it did not mention the charges in the Massachusetts court.

More than a dozen men have come forward to claim they were victims of unwanted sexual advances by Spacey over the years, in the United States and Britain. The slew of allegations came after actor Anthony Rapp last year accused Spacey of trying to seduce him in 1986 when Rapp was 14.

In October 2017, Spacey apologized for any "inappropriate drunken behavior" towards Rapp but said he did not recall the encounter. He used the statement to come out as gay.

The sexual allegations led Netflix to drop Spacey from the last season of "House of Cards" and resulted in his removal from Ridley Scott's 2017 movie "All the Money in the World."

Spacey is one of many men from the media, finance, politics and entertainment to be hit by sexual misconduct scandals in the wake of accusations against movie mogul Harvey Weinstein, which spawned the global #Metoo movement.

R&B singer R. Kelly was sentenced to 30 years in prison for leading a decades-long effort to recruit and trap teenagers and women for sex.