German Chancellor Angela Merkel has awarded the 2019 prize to Juliana Rotich, founder of software project Ushahidi, which was introduced to monitor violence in Kenya following the 2007 general elections. 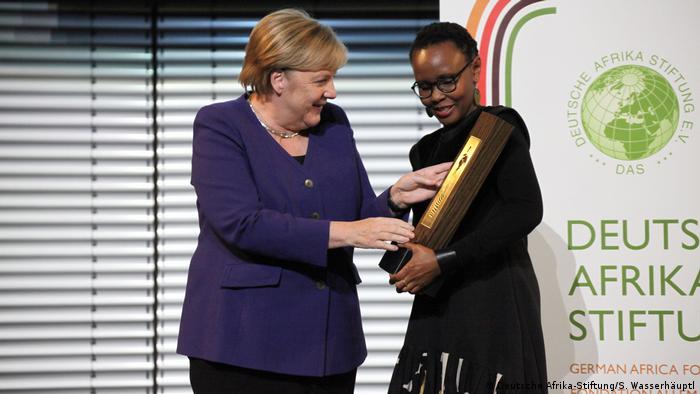 Juliana Rotich became known in professional circles in 2007 as the co-founder of the open source platform Ushahidi (a Swahili word meaning "testimony"). It began in Kenya as an internet platform developed to map reports of post-election violence and went on to revolutionize the international flow of data and information.

"Your success also encourages many other women," Merkel said in her speech honouring the entrepreneur. "We need people like you who have the courage to innovate and thereby infect others."

A 16-member independent jury selected Rotich from a list of 18 African nominees. The 42-year-old was informed at a meeting on Thursday April 4 at the German Embassy in Nairobi, attended by Deputy Ambassador Michael Derus and the general secretary of the German Africa Foundation, Ingo Badoreck.

In an interview with DW in 2013, Rotich explained the philosophy behind Ushahidi.

"One of the things that we are doing is that we have a partnership with civil society organizations, peace networks and youth networks. And these are organizations that are doing peace work in terms of messaging and encouraging the population to be peaceful and to conduct themselves in a peaceful way. So in that respect we are part of a partnership. Ushahidi's key role in this partnership is the technology. And this is the crowdsourcing technology that allows people to report but also provides a way for digital humanitarians to volunteer and help to sift through the information, categorize it and make it available on the website." 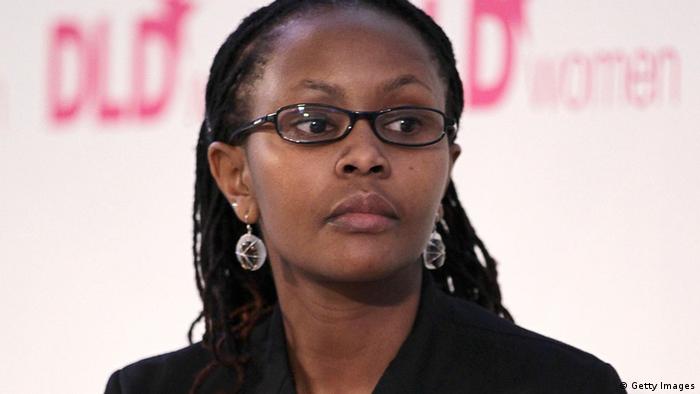 Ushahidi used around the world

The 2019 award pays tribute to the Kenyan entrepreneur not only for her business achievements and technological innovations but  also for her outstanding sense of social responsibility.

Today Ushahidi is used in over 160 countries as a tool for crisis response and for independent election monitoring, for example in Nigeria and Afghanistan. It has also been used following natural disasters in Chile, Haiti and New Zealand. Juliana Rotich is regarded as one of the leading figures of the digital revolution in Africa and beyond.

From Ushahidi she went on to found BRCK, an innovative technology company which is now the biggest Wi-Fi provider in sub-Saharan Africa. The central product is a battery-operated modem which can function for up to eight hours without electrical power. It is used in 150 countries.

Rotich is internationally in demand for her IT expertise and acts as a consultant to international companies such as German chemical manufacturer BASF.

Speaking to DW after the announcement of the award in April, she said she was happy that upcoming meetings between German and  Kenyan companies and organizations would encourage efforts being made to open up the door for more women to become active in the technology sector. 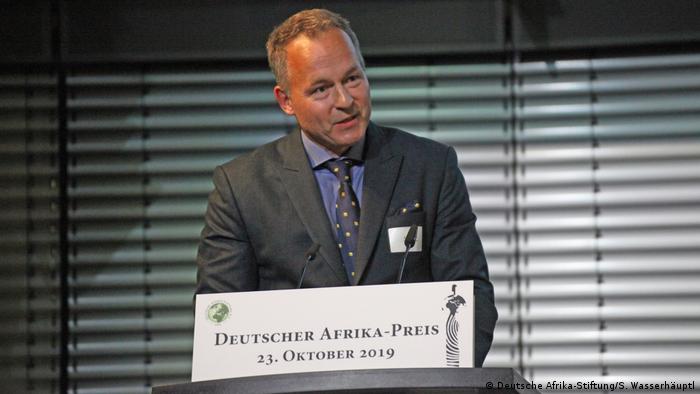 Since 1993, the German Africa Foundation has awarded the German Africa Prize annually to honor "outstanding individuals for their longstanding endeavors to foster democracy, peace, human rights, art, culture, the social market economy and social concerns." It is also intended to contribute to the understanding of Africa in Germany.

African software to prevent fraud in US elections

The Kenyan non-profit company Ushahidi has launched a website which lets voters report irregularities on polling day. The creators want to promote transparency - with a tool they invented in a time of bloodshed. (06.11.2016)