The run-up to Kenya's repeat presidential election has been fraught with tension. As the country's Supreme Court said it couldn't hear a petition to postpone the vote, observers said they fear a new outbreak of violence. 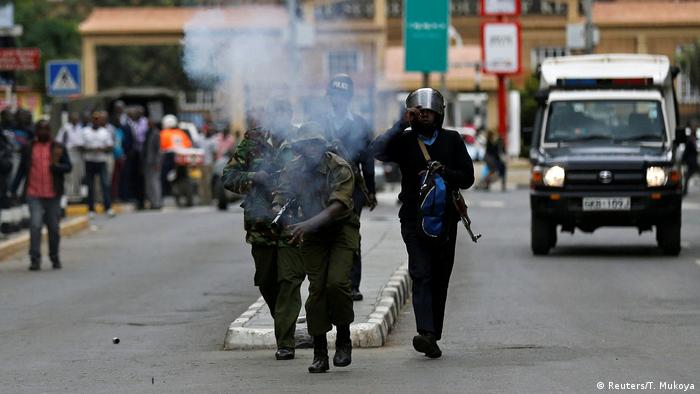 Kenyan police fired tear gas and warning shots to break up a protest in the Kenyan capital, Nairobi, on Tuesday, two days before a planned re-run of the country's presidential vote.

The small rally came in response to a call from the opposition National Super Alliance (NASA) and its leader Raila Odinga for mass demonstrations to stop Thursday's poll.

Odinga, the main rival to incumbent President Uhuru Kenyatta, has withdrawn from the race, calling it a "sham" and demanding an overhaul of the electoral authority. He insists there will be "no election" and has urged his supporters to boycott polling booths.

Kenyatta, on the other hand, who is almost certain to win a second term in office after Odinga's exit, is pushing for the election to go ahead.

Tensions over the impending poll are running high in the East African country, and some observers have warned violent clashes could break out between Kenyatta voters and opposition supporters.

"I feel that if these elections go on, there will be a civil war and we are not ready for that," a protester, student Eddy Kimani, told DW.

"I feel that so many people are going to die, they have been told to protest by their leaders."

Human rights activists say at least 65 people have died in unrest so far, most of them shot by police, conjuring up memories of violence following disputed polls in 2007 that led to more than 1,200 deaths.

Pleas for a delay

Kenyatta was declared the winner in the initial August 8 election, but the Supreme Court annulled the result in September over procedural irregularities following a challenge by Odinga and ordered a re-run.

The head of the election board, Wafula Chebukati, last week said it wasn't clear this week's second try would be a free and fair poll, given the climate of intimidation and political interference. Another election official fled to the United States, saying she had received death threats.

Kenya's Supreme Court met on Wednesday to make a last-minute decision on whether the polls should go ahead if a credible vote cannot be guaranteed. 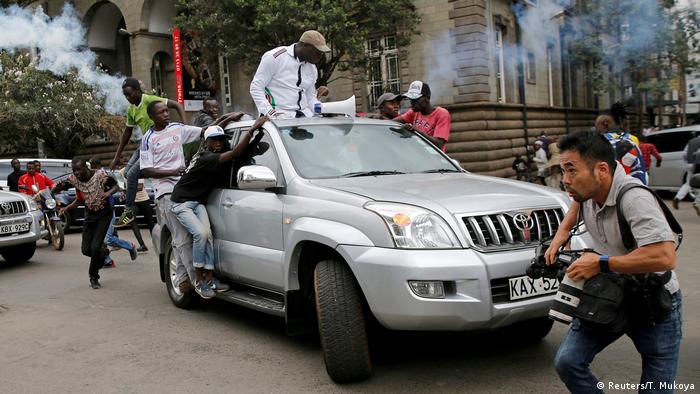 On Monday, the global think tank International Crisis Group released a statement calling for a delay in the election, warning that Kenya was barreling towards a crisis. It said proceeding "would deepen Kenya's ethnic cleavages and prolong a stalemate that has already claimed dozens of lives and come at a high economic cost."

It also urged Odinga and Kenyatta to support such an extension and commit to participate in a new vote.

The crisis group's concern was echoed by 20 Western envoys, who warned in a joint statement of "inflammatory rhetoric, attacks on institutions, and growing insecurity."

US Ambassador Robert Godec, who issued the statement, said that if the electoral commission felt it was not ready for Thursday's poll, it should ask the courts for a delay. 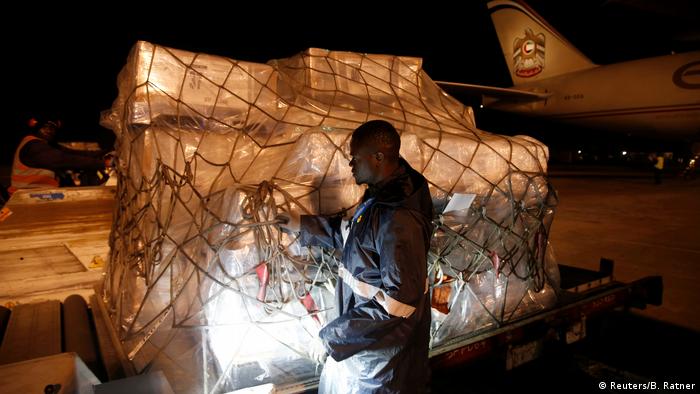 "We thought that we were moving ahead democratically," Nairobi-based political and security analyst George Musamali told DW. "My worry is that if the police now disintegrate into their tribal cocoons we will not be talking about violence alone, but civil war."

However, Kenya's Supreme Court stopped short on Wednesday of hearing a last-minute petition to postpone the election because it did not have enough judges to meet quorum, said Chief Justice David Maraga.

Despite repeated public appeals in recent weeks for protesters to stop the elections, 72-year-old Odinga appeared to soften his stance on Tuesday.

"We have not told people to protest on polling day. We have not said that at all. We have told people to stay away," Odinga said in an interview with the BBC. At the same time, he said people had a right to hold peaceful protests.

"What we have told our supporters is to do a peaceful procession, carrying placards, which are carrying the message...and saying: 'no reforms, no elections.'"

Soon after the comments were broadcast, Norman Magaya, a top official in Odinga's National Super Alliance (NASA), disputed the reports. "Contrary to media misinformation & distortion" of the interview, Magaya wrote on Twitter, NASA demonstrations set for election day "will proceed as announced."

Politics in Kenya has often been defined by ethnic rivalries. This year's election pits Odinga, a Luo, against Kenyatta, a Kikuyu.

Many of Odinga's backers among the Luos believe they have been deprived of political power by Kikuyu's elites, led by 55-year-old Kenyatta.

Both men's fathers have dominated Kenyan politics since independence from Britain, when Jaramogi Odinga lost out to Jomo Kenyatta in a 1964 election.

A total of seven candidates are vying for the presidency in this week's vote. Among them is lawyer Ekuru Aukot of the newly formed Thirdway Alliance Kenya, who has sought to paint himself as a "neutral" alternative.

"I am not a tribalist, I've never relied on tribal numbers or regional hegemony to ascend to political heights," Aukot told DW in an interview. "I'm just an ordinary Kenyan who really is interested in issue based politics and we must change our country."

Andrew Wasike and James Shimanyula contributed to this report.

Kenya election: From 'fair and peaceful' to democratic crisis

The East African nation has entered uncharted territory after the Supreme Court annulled the last presidential election. Questions abound about whether this vote will be any better. DW examines the situation. (25.10.2017)

The ruling party and opposition supporters today gathered to hear the two main presidential candidates as they marked Kenya's Heroes or "Mashujaa" Day. (20.10.2017)

Kenyan officials have declared William Ruto the country's next president. He won with a campaign promising to award hard-working low-income Kenyans. The election itself had been mostly peaceful. But scuffles broke out just ahead of the announcement.