Terrorism experts say Thursday's attack in Kenya used a weapon that was "cheap, nasty and easy to use." It certified fears that a similar attack could occur on European soil. 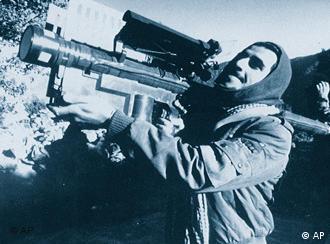 Stinger missiles, like this one in a late 1980s photo, are still in the hands of terrorists

Terrorism experts say Thursday’s terrorist attack against Israeli tourists in Kenya had all the markings of an al Qaeda plot: It was directed against civilians, it was unexpected and it came in two places almost simultaneously.

At least 11 people died in a car bomb explosion at a hotel in Mombasa, including six Kenyans, two Israelis and three suicide bombers, Kenyan police reported. 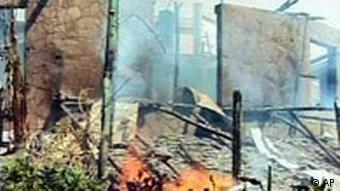 But the most chilling surprise on Thursday came with the apparent firing of two missiles at an Israeli charter jet taking off from the city’s airport. The rockets barely missed the jet, which was carrying 270 Tel Aviv-bound passengers.

The attack nevertheless seemed to confirm what terrorism experts have long feared: that shoulder-fired missiles like those widely circulated in Afghanistan during 20 years of civil war might be smuggled abroad for use in attacks against Western civilian aircraft.

Security experts told DW-WORLD they estimate that Osama bin Laden’s terrorist organization is in possession of at least 30 "Stinger" missiles that the mujahadeen obtained from the CIA during the Soviet occupation of Afghanistan. American troops recovered hundreds of the missiles after battling with al Qaeda and the Taliban in Afghanistan last year, but many are still missing.

There were differing opinions on Thursday about the type of weapons used against the Israeli aircraft - speculation ranged from Soviet-made "Strela 2" missiles to American-made Stingers.

"Everything so far suggests that Stingers have been exported from Afghanistan to Africa and were used in this attack," Dr. Kai Hirschmann, a leading German terrorism researcher from the Federal College of Security Studies, said in an interview with DW-WORLD on Thursday. "We can’t rule out the possibility that these rockets have been brought into Europe. In the Balkans region, al Qaeda fostered ties with local rebels and nothing can be ruled out," he said.

Still, Hirschmann says he does not "rate very high" the possibility of a Stinger attack in Europe. He says strong airport security at Europe’s leading airports in London, Paris and Frankfurt, as well as al Qaeda’s pattern of terrorism in unexpected places, is likely to dissuade the group from a similar attack here. Nonetheless, he says, "we have to include missiles in our scenarios of possible attacks in Europe."

"Cheap, nasty and easy to use"

There's no way to know how many portable missiles are in terrorists hands in Europe, Jim O'Halloran, editor of "Jane's Land-Based Air Defense" told DW-WORLD. "These things are not difficult to get if you've got the money and the contacts. They're cheap, nasty and easy to use." And they only cost a few thousand dollars.

According to O'Halloran, the problem is a different one. With very few exceptions, commercial airliners are not fitted with defensive measures - even though they are available. "It's time that commercial airlines started paying attention to this," he says. "Russia has offered systems to commercial airlines flying over countries that are considered a threat."

Yet there may be little they can do to keep such attacks from happening in the first place. "You can’t protect against somebody standing on a building or road and shooting off a missile," says Clair Brunavs, a spokeswoman for Jane’s. She notes that portable mortars have a range of up to 8,000 meters. "With that wide range, you don’t even need to be near a runway."

When asked whether this could happen in Europe, she points to a Sept. 2000 attack that did occur in London. British officials have blamed Northern Ireland’s Real IRA for the bombing of Britain’s M16 intelligence headquarters by a shoulder-launched missile fired from a London bridge.

In recent months, terrorism, security and aviation officials in North America and Europe have publicly expressed growing concern that such an attack could be repeated. 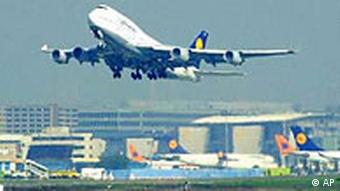 A German Lufthansa Boeing 747 takes off at the Frankfurt, Germany, international airport in this Sept. 20, 2001 file photo. German security services are concerned that terrorists could try to shoot down a civilian aircraft during takeoff or landing, the German newspaper 'Bild' reports on Wednesday, June 12, 2002, citing a confidential security report and an intelligence official. (AP Photo/Udo Weitz)

The Internet magazine Salon.com reported last week on a secret Nov. 5 meeting between the U.S. Transportation Security Administration at which executives from 25 U.S. airlines were warned that al Qaeda might be planning to attack U.S. airlines shoulder-launched missiles.

There’s plenty of reason for caution, too. According to Jane’s, a leading military think tank and publisher, more than 27 terrorist groups possess shoulder-fired missiles. U.S. government reports paint an even grimmer picture: Since the 1970s, at least 42 aircraft have been struck by the missiles, killing at least 900 passengers.

Speaking at a meeting in Brussels, German Interior Minister Otto Schily sought to reassure Germans that the same thing isn’t likely to happen here. "Our airports are better guarded than airports in other parts of the world," he said. But he warned it would be impossible to provide protection for every civilian target in Germany.

Last May, Germany’s Federal Intelligence Agency circulated a first-ever warning of the possibility of terrorist attacks against commercial aircraft. The agency said there were no "concrete" plans for such an attack or any evidence that al Qaeda sleepers in Germany possessed the weapons or know-how.

But it also disclosed that eavesdropping efforts had picked up telephone calls in the Middle East where the possibility of attacking aircraft at take-off or landing with Stinger missiles or explosives-packed model airplanes was discussed.

Germany’s Federal Office of Criminal Investigation (BKA)downplayed the news. "If we have a relevant warning, we pass it on to the public," a BKA spokesman said at the time, before adding the agency had no reason to issue its own warning at the time. The Chancellery, the Federal Interior Ministry and other government agencies issued similar statements.

At the end of the day, the mere specter of such an attack could be disastrous, said O'Halloran.

"You must remember that the biggest threat is not taking the aircraft out," he said. "Even if it is missed you're going to cause people to think. It'll cost lots of money and destroy confidence in flying. The repercussions are amazing."

The web site of Jane's, a military think tank