Kenya's government has said the fake inauguration of opposition leader Raila Odinga was an "attempt to overthrow" the government. TV stations have been closed amid an investigation into the "swearing-in" ceremony. 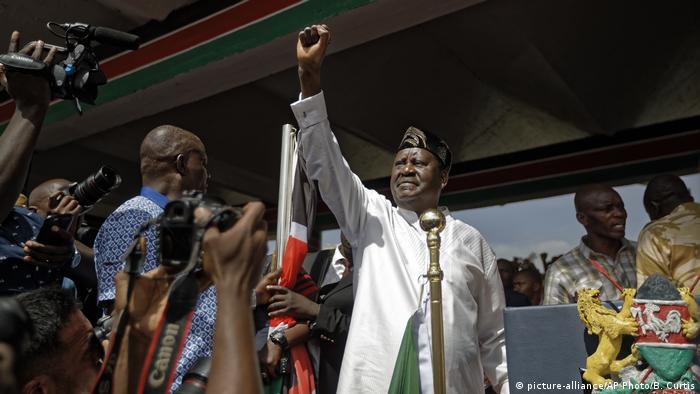 Kajwang stood next to Odinga on the podium wearing clothes mimicking traditional robes as the opposition leader underwent the symbolic inauguration that was attended by thousands of opposition supporters.

Odinga lost an election re-run in October 2017 to current President Uhuru Kenyatta, who was sworn in two months ago.

How Kenyatta's government has responded

One of Odinga's co-leaders of the opposition National Super Alliance coalition (NASA), Kalonzo Musyoka, who was to be sworn in as his deputy, failed to show up at the event because his bodyguards had been withdrawn.

A few hours after the ceremony on Wednesday, Musyoka said his home had been attacked in the early hours of the morning, with shots and a stun grenade fired at his house. Police are investigating.

'Assault on freedom of expression'

In a statement, the government said the channels that had been shut down had ignored a government briefing before the inauguration event and tried to broadcast it live.

The statement said live broadcasting would have provoked violence and "would have led to thousands of deaths of innocent Kenyans."

The shutdown of TV and radio stations prompted the Media Council of Kenya to release a statement that said it was "shocked at the recent turn of events." 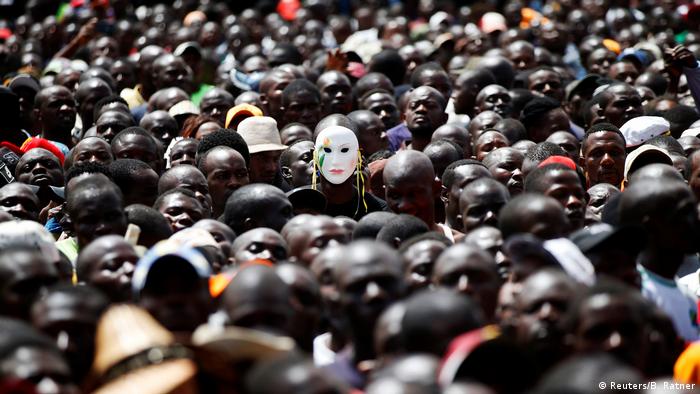 "A political contest has turned into the greatest threat and assault on freedom of expression and media in Kenya's recent history," it said.

Why hold a fake swearing-in ceremony? Odinga believes that he is the rightful leader and Kenyatta is illegitimate. An election on August 8, 2017, was won by Kenyatta with 54 percent of the vote and then annulled by the Supreme Court, which ordered a re-run on October 26. Odinga boycotted the second vote and Kenyatta won with 98 percent.