Kenya's electoral commission is struggling to upgrade voter technology in time, while minority candidate Ekuru Aukos says he also wants to be included in the poll. 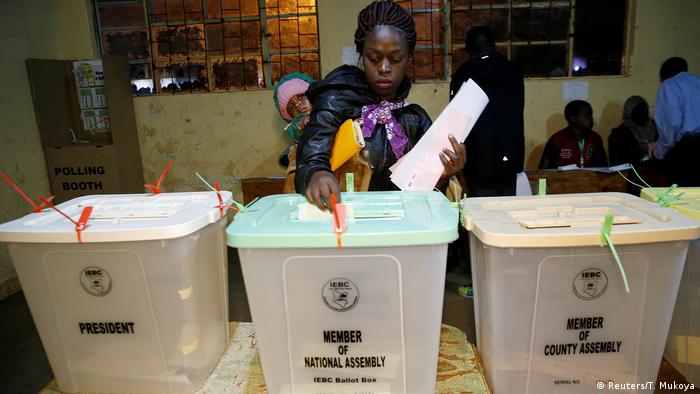 Insiders at Kenya's Independent Electoral and Boundaries Commission (IEBC) say there is a possibility that the country's presidential election do-over could be moved from October 17 to either the 26th or 27th, owing to issues with voting technology.

French-supplied voting software known as the Kenya Integrated Elections Management System (KIEMS) needs to be reconfigured before voting takes place. It is expected to be used in more than 250 parliamentary, senatorial and gubernatorial petitions filed in numerous Kenyan courts by losing candidates who wish to challenge the election's victor.

Workers at IEBC point out that the 41,883 polling stations throughout Kenya will require at least 42,000 reconfigured kits. In addition to this, there will likely be a need for extra standby kits in case technical issues occur.

French company OT-Morpho, which has been contracted to supply the electronic voting kits, has already indicated that it needs more time.

Minority candidate seeks to be included

Kenya's Supreme Court has meanwhile set a hearing date for September 21 to determine whether losing candidate Ekuru Aukot can also be included in the repeat election. 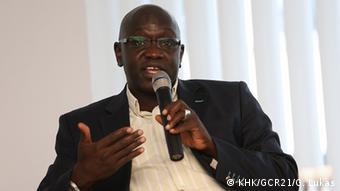 Aukot was one of six presidential candidates who received a minority of the vote in the August 8 election, in contrast to frontrunners Uhura Kenyatta and Raila Odinga who secured 54 percent and 45 percent respectively and are the only two candidates expected to run in the fresh presidential election.

Aukot contends that IEBC has no legal right to limit the number of candidates who can take part. He argues that a failure to include him in the election violates both his rights and the rights of his supporters.

President Kenyatta has already opposed the inclusion of Aukot in the repeat election, arguing that the race should remain between himself and Odinga. However Odinga has demanded that any number of candidates should be allowed to contest the ballot.

"This is not a run-off: This is a repeat of a presidential election so any other candidate is fit to run," Odinga told reporters in Nairobi last week. 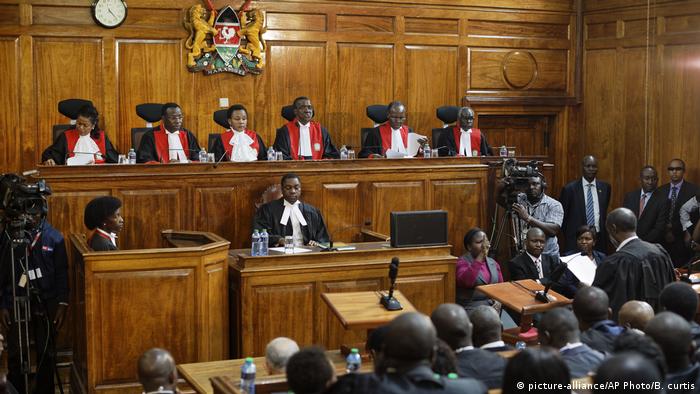 September 20 looks set to be another important day in the Kenyan judicial and political calendar, with the Supreme Court set to deliver a full verdict – likely to run into the hundreds of pages – in response to a petition filed by veteran opposition leader Odinga.

Odinga claims the electoral commission's computers were hacked to generate a victory for Kenyatta.

The IEBC is eagerly awaiting the verdict in order to ascertain what went wrong on polling day. According to legal analysts, if the verdict finds that serious election offences were committed by the electoral commission, the officials responsible will be investigated with a view to facing possible prosecution.

James Shimanyula in Nairobi contributed to this report.

The ballot in Kenya's presidential election repeat is to be limited to President Uhuru Kenyatta and Raila Odinga. But opposition leader Odinga says his coalition will not participate in the repeat. (05.09.2017)

Opinion: The Kenyan elections teach us to expect the unexpected

A Supreme Court decision to hold new elections - that’s something that nobody expected. Possibly not even Kenya’s opposition, which had initially ruled out the possibility of taking the legal path. (01.09.2017)

President Kenyatta respects the Supreme Court decision nullifying his election victory in Kenya. But battle lines are being drawn ahead of a rerun election - and the judiciary's role is coming under the spotlight. (03.09.2017)