The Japanese native has been travelling to both the Summer and the Winter Olympics for 15 years. But after spending about €35,000 on tickets in an attempt to set a world record, he's not allowed to attend his home Games. 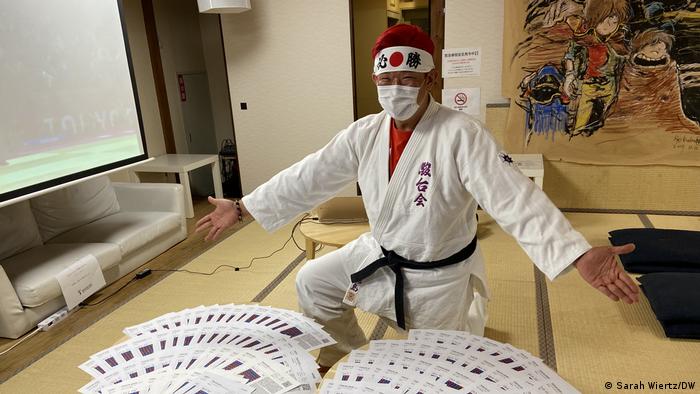 Kazunori Takishima's red hair shines bright. He dyes his hair in the colors of the Olympic rings every time during the Games. During Rio 2016, for example, his hair was green. Now that the Olympics take place in his home country, he went with red in support of the Japanese athletes.

Takishima, who lives in the eastern Tokyo quarter of Chio, invited three friends from Hokkaido to visit. He'd bought them tickets for several competitions so they could understand his fascination with the Olympic games and maybe even agree to travel with him in the future.

Now, they can't attend any of the competitions due to the pandemic. But that didn't stop Takishima's friends from travelling the 1,300 kilometers to Tokyo anyway.

"Kazunori is absolutely mad regarding the Olympics. I don't understand it at all. But somehow, it's also wonderful and that's why I want to support him,” says Soko Fusimoto, one of Takishima's friends. 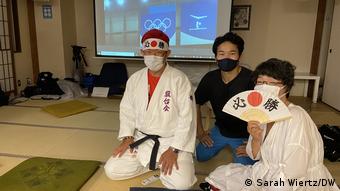 Kazunori Takishima and his friends

The Olympics superfan bought 197 tickets for about €35,000 ($41,200). He wanted to go to no less than 28 of the competitions, with the other tickets being for friends and relatives. Instead, they spend their evenings watching the Olympics on TV together.

Takishima's passion for the Olympics started 15 years ago after he attended a figure ice skating competition. The sound of the blades on the ice fascinated him so much that he decided to fly to Turin for the 2006 Winter Olympics. After watching Japan's Shizuka Arakawa winning the gold medal, he fell in love with the Games.

"The athletes work so hard. Every win, every loss, be it tears of joy or of disappointment, it's incredibly touching to me," explains Takishima. "It inspires me also in other areas, such as work or my private life. It gives me so much." 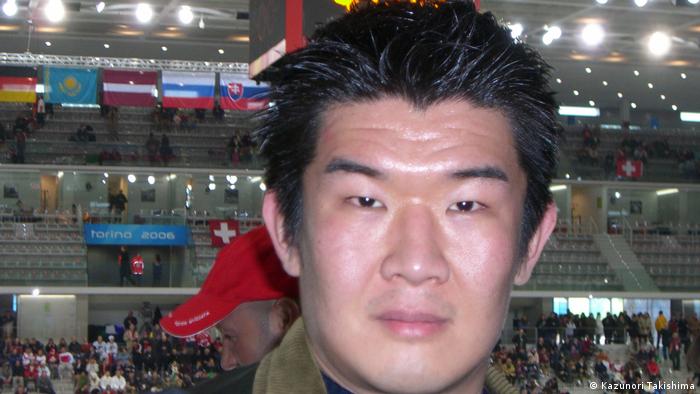 Where it all began: Kazunori Takishima at the 2006 Torino Games

So close, yet so far

The 45-year-old, who works as a real estate agent, has traveled to seven Olympic Games so far. Of all the Olympics, it's the one taking place in his hometown of Tokyo that he can't attend. He stood in front of the Tokyo stadium during the opening ceremony while following it on his smartphone. At least he got to see the fireworks.

"Every single one of them was great in their own right, I don't want to pick just one in particular," he says.

During the Olympics, Takishima doesn't get much sleep because he wants to see as many competitions as possible. In Rio, he collapsed outside the stadium of exhaustion and slept on the grass.

In Sochi seven years ago, when the local crowd booed world champion and Olympic silver medalist Mao Asada, Takishima's passionate cries of "You can do it, Mao!" were picked up on television. The broadcasters couldn't identify the spectator, and many thought it was Olympic champion Yuzuru Hanyu.

When Takishima revealed his identity on social media, many people didn't believe him and he experienced a nasty backlash. "We did a voice test, and it proved to a 99.9 percent certainty it was me," he laughs. 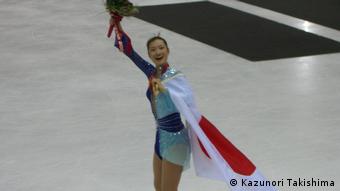 The Tokyo native wanted to set a record at the 2020 Olympics for attending the most Olympic competitions. According to the Guinness World Records, the current record stands at 128. Had he been allowed to attend the Olympics in Tokyo, he would have reached 134. "It's not that important to me. It would have been nothing more than a nice anecdote."

Perhaps he can tell that anecdote next time. Once he's been refunded for his tickets, the Winter Olympics in Beijing or the Summer Games in Paris in 2024 will be firmly on his radar. His three guests can only shake their heads about it. What color will his hair be then?