Nearly two decades after it began negotiations to join the World Trade Organization (WTO), Kazakhstan has finally managed to overcome all stumbling blocks hindering its accession to the international trade body. 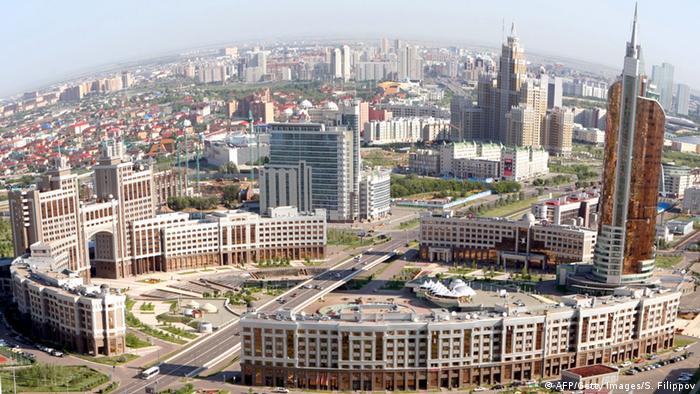 The WTO's General Council on Monday formally approved Kazakhstan's bid to join the body, ending nearly two decades of membership talks the Geneva-based trade body had called among the most difficult in its history.

Once the formal ratification process is complete, expected by the end of the year, Kazakhstan will become the WTO's 162nd member.

Robert Azevedo, the WTO Director General, described the protracted Central Asian nation's accession process as "very challenging." However, he added that talks moved quickly once the government in Astana made it clear that it was finally serious about WTO membership.

Although Kazakhstan began WTO accession talks in 1996, negotiations encountered a host of problems owing to the country's backtracking on liberalizing its heavily resource-reliant economy and its membership of the Russia-led Eurasia Economic Union, among other issues.

The country's industrial output remains relatively weak, while agriculture accounts for less than 4 percent of its gross domestic product.

Nevertheless, the WTO's attempts to deepen global trade reforms have made very little progress since it was founded in 1995, but efforts to broaden its membership and sign more countries up to the existing rules have proceeded apace.

To join the trade body, a country has to agree terms bilaterally with every interested member, giving all existing WTO members an effective veto on any new membership.

It also has to bring its own laws into line with WTO rules, ensuring that trade partners can rely on it to enforce global trade disciplines, keep tariffs within agreed limits, and not protect domestic producers by discriminating unfairly against competing imports.

Kazakhstan's most populous city, Almaty, has surprised the International Olympic Committee with its bid presentation for the 2022 Winter Games. Competitor Beijing was assumed to have been the favorite by a wide margain. (09.06.2015)

With the presidential election called a year ahead of schedule, Kazakhistan votes for its next leader. Nursultan Nazarbayev, who has led the central Asian nation since before the breakup of the USSR in 1991, is favorite. (26.04.2015)