Kashmir lockdowns, slow internet rob students of their education | Asia| An in-depth look at news from across the continent | DW | 17.03.2021

Consecutive lockdowns in the restive region for security and COVID reasons, coupled with a shutdown of high-speed internet and mobile connectivity, have hurt students' educational opportunities. 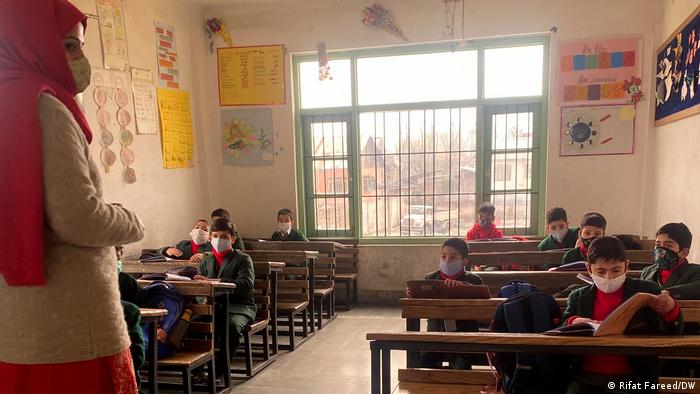 Since then, he has only attended school for a week, in March 2020, before a strict lockdown was imposed in India-administered Kashmir to control the spread of  coronavirus.

It was the second consecutive shutdown in the disputed region, following  one the Indian government imposed in 2019 after it revoked the region's limited autonomy and special constitutional status.

Now, more than a million schoolchildren in Kashmir have been hit hard by the restrictions on public life and movement.

"Since his admission, he hasn't been able to attend school because of the turmoil initially in 2019 and then the COVID-19 lockdown," said Bashir, a resident of Buchpora on the outskirts of Srinagar city.

"During the week in 2020 when he went to school, my son was experiencing school life for the first time but suddenly it all stopped," she said.

Schools in the region began classes on March 15, but with strict health and hygiene guidelines as India deals with a resurgence in new COVID infections in some states.

According to the new guidelines, students have to undergo thermal screening regularly, maintain physical distance, and frequently wash and sanitize hands.

Students are allowed in school only with the written consent of their parents. Bashir said she gave a no-objection certificate to the school authorities, even though she wasn't sure if it would be safe for her son to attend school.

"He is too young to understand and follow all the safety guidelines," she pointed out.

Bashir's son has mostly relied on online classes so far, but she said they were tough.

"In the absence of any other alternative, the online classes were of some help. But my son did not get to know the teachers," she said. "Also, the internet speed has been bad. Connectivity was only restored last month, and regular internet suspensions have discouraged students." 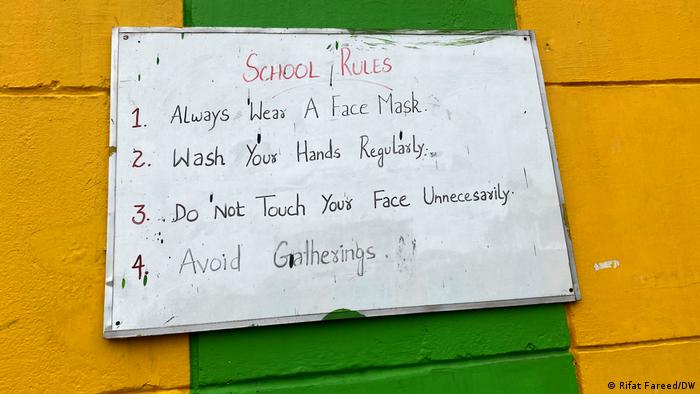 Schools in the region began classes from March 15, but with strict health and hygiene guidelines

One of the measures the Indian government imposed after revoking Kashmir's special status in August 2019 was enforcing a communication blackout. For months, people in the region didn't have access to telephone and internet services.

The lack of high-speed internet made it difficult for students to take digital classes.

Atoofa Feroze, 15, is a resident of a village in southern Kashmir's Pulwama district. She says her last regular day at school was in August 2019 after which she attended a few days in March 2020 before another lengthy closure.

"I was in eight grade when the lockdown was imposed in 2019 after the abrogation of Article 370 and now, I am in tenth grade and I have not been to school for nearly two years," she told DW. "I cannot explain how big a loss this is."

"We were not able to connect or understand our teachers who were trying hard to help us. The experience of struggle on low-speed internet was mentally traumatizing," she noted.

Atoofa started attending classes again this month. From wearing uniforms to meeting her friends and teachers, she said, it was "refreshing." 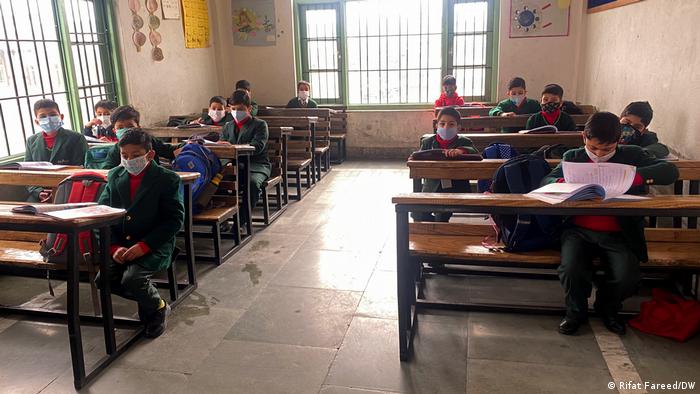 G N War, an educationist and the head of Private Schools Association in Kashmir (PSAK), told DW that "it is very difficult to assess the loss of education" in the region.

"When schools were shut all over the world amid the pandemic, education continued online but here either we had no internet or only low-speed internet, which hampered education. So our students were at a disadvantageous position," he said.

"Students felt frustrated, dejected and disappointed" with the slow internet, he added.

The long time away from school has had a traumatizing effect on some children, teachers and parents say.

At the Central Higher Secondary School in Pulwama, which has nearly 300 students, the students were greeted with buntings and flowers, and given a warm welcome after a lengthy break.

Mudasir Bashir, 38, who teaches at the school, told DW that while the students were able to complete 15% of syllabus online, the classes were not smooth and some students could not afford the mobile devices needed to attend the classes.

"Online education is also a privilege and some poor people do not even own android phones to attend the classes. I believe it has been a huge loss for the student community," said Bashir.

The teacher also pointed out that he witnessed both emotional and psychological impact among his students. 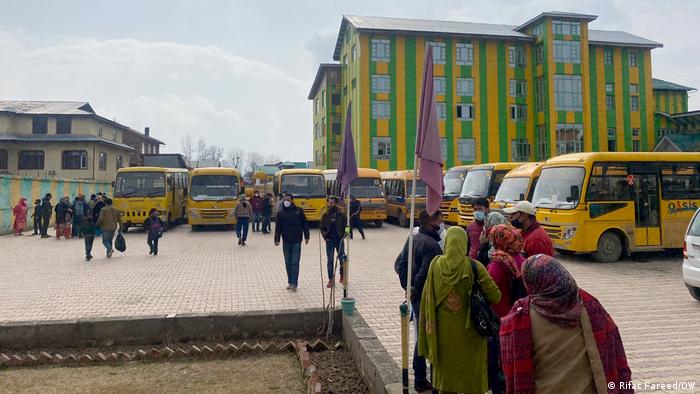 "They have become aggressive and some are facing personality issues. The impact is beyond education," he said, adding that they are trying to help students settle down without putting pressure on them.

Mudasir, who has been teaching for more than a decade, said that they are trying to find out whether there are some students who have stopped coming to school altogether. "We want to bring all children back to school."

A senior official at the Department of Education told DW that while they are trying to make education safe and smooth for students, they are well aware of the losses.

"The department took several initiatives to help the students. We hope to be back to normalcy where education does not suffer more," the official said.