Kai Havertz is regarded as the best German prospect for a generation and was widely touted for a move to Bayern Munich, Barcelona or Real Madrid. But the 21-year-old has signed for Chelsea. Is that the best move? 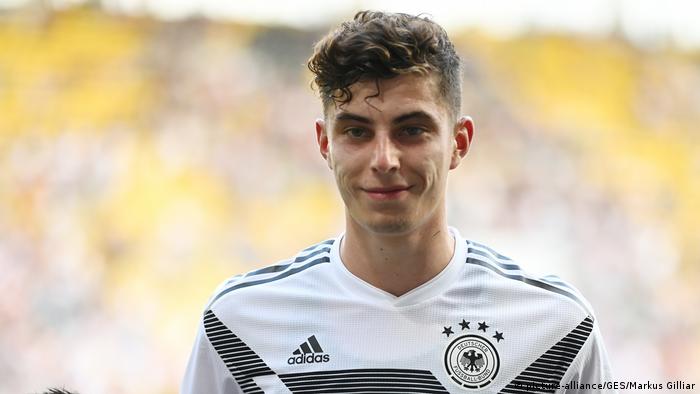 Bayer Leverkusen are a club accustomed to dealing with loss. Last month's Europa League exit and the  4-2 defeat in the German Cup final meant the club still haven't won a trophy since 1993, six years before the man who scored in both games was born. They've been runners-up in nine major competitions since.

That front post finish in a 2-1 loss to Inter will be Kai Havertz's last act for the club he joined as a boy and ends another season of frustration.

An earlier failure at the final hurdle, this time in their battle to qualify for next season's Champions League through the Bundesliga, had already made it apparent that Leverkusen would have to deal with a loss of a different kind.

That Havertz left the club comes as little surprise, but his choice of destination was less predictable until the rumor mill got wind of it in recent weeks. Chelsea have a fine recent pedigree but despite qualifying for the Champions League on the final day of the Premier League season, were brushed aside by Bayern Munich in this season's competition and look a couple of steps behind Europe's elite.

The attacking midfielder made all the right noises as he put pen to paper on a five-year deal worth a reported €80 million ($94.8m) plus add-ons on Friday. That's a record for a German player.

The elegant midfielder said he "found it hard to describe his feelings" on leaving the club he joined as 11-year-old but welcomed the new challenge in England.

"I am very happy and proud to be here, For me it is a dream come true to play in a big club like Chelsea and I can’t wait to meet all the players and the trainers," he said.

Havertz is the second German international to join Frank Lampard's side in the current transfer window after Timo Werner signed from RB Leipzig in June. Antonio Rüdiger, who has been at Stamford Bridge for three years, will complete a German welcoming party which could prove helpful to a young man confronted with a move to a big city in a strange time.

Former Ajax winger Hakim Ziyech has also signed on, while ex-Borussia Dortmund star Christian Pulisic has made a big impact in his first season at Stamford Bridge. Mason Mount, Tammy Abraham and Callum Hudson-Odoi, once a Bayern target, are also in the youthful attacking mix with several veterans eased out of the picture.

Mount seems the man most under threat from Havertz' arrival, with both men preferring the number 10 role but also able to play elsewhere. Though the Englishman is the same age, he is some way behind Havertz in his development. He's played fewer games, scored fewer goals, registered fewer assists and won fewer international caps than the new arrival.

Though Mount is a homegrown talent, making him particularly valuable to the Premier League side, Havertz looks the more complete player. The German is not as rapid as many of his new teammates but excels in anticipation, passing, movement and vision; qualities Chelsea need to unlock their other attacking stars.

Nevertheless, Chelsea finished the Premier League season 33 points behind winners Liverpool with 66 points, a total that would have seen them fail to reach the Champions League in most recent seasons. There's clearly more work to do here than there would have been at Bayern, so often the destination for the best German talent.

Circumstances appear, from the outside, to have played a major role. Bayern's budget went on Leroy Sane, with the winger a more necessary addition given their squad balance, and the rest of Havertz's suitors seemed put off by the price tag, with even the biggest footballing beasts reluctant to commit enormous fees due to the financial impacts of the coronavirus pandemic.

Since the Russian oligarch's arrival, Chelsea have rarely been reluctant to spend. But sometimes such abundant resources have made it easier to ignore big money signings that other clubs would put significant work in to: Kevin de Bruyne, Mo Salah and Romelu Lukaku are examples of young players with significant price tags who were soon cast aside only to emerge as key figures at rival clubs.

The transfer ban meant English youngsters such as Abraham and Mount were given more opportunities, but both faded after strong early season form.

That hasn't been the case for Havertz, whose form rarely dipped for more than a couple of matches at Leverkusen. His ability is difficult to ignore.

"I can’t say he will be the best German player ever, but he has the talent and there are no limits. He’s displaying signs of Zidane," said Leverkusen assistant coach Marcel Daum earlier this month.

Zidane, of course, is now back in charge at Real Madrid, where he has won the Champions League as a coach and player, by virtue of the stunning volley against Leverkusen in the 2002 final.

There may have been some attraction to Havertz in joining a young Chelsea side with a young coach who remain a work in progress. It's easy to see why the opportunity to be the focal point of a high-class, high-cost attack is alluring. And, at 21, there's no reason to think this move will be his last. He only has to look at Hazard to see a path to Madrid, should that be desirable in the future, is possible.

But the present is clearly what concerns both Havertz and Chelsea, and the Blues are geared towards trophies rather than long-term success and sustainability. Havertz, justifiably, felt those trophies weren't going to come at Leverkusen. They look more likely now.

Kai Havertz may have lost his crown as the youngest man to play for Bayer Leverkusen, but his title as the club's leader remains very much intact. He scored twice from an unfamiliar role as Leverkusen beat Bremen 4-1. (18.05.2020)

Bundesliga transfers: Where will Havertz, Sancho, Götze and others end up

Whether they want to step up, are out of contract, or just don't fit in, many big stars are expected to move in the summer — despite the coronavirus pandemic. Among them are internationals and World Cup winners. (20.05.2020)